At least 6,700 Rohingya Muslims were killed between August and September in a crackdown by Burma’s security forces, according to Doctors Without Borders.

The international aid group, known by its French acronym MSF, said the survey it conducted in refugee camps in Bangladesh estimated at least 9,000 Rohingya died in Burma’s Rakhine state between August 25 and September 24, with 6,700 as a result of the violence.

About 630,000 Rohingya have fled Burma into Bangladesh to escape what the United Nations has called “ethnic cleansing”.

The estimate of the number of deaths compares to the Burmese government figure of 400 in September, as a result of attacks on police posts by Rohingya militants.

Burma’s Information Ministry had said most of the 400 dead were “extremist terrorists” who died during the military’s “clearance operations”. 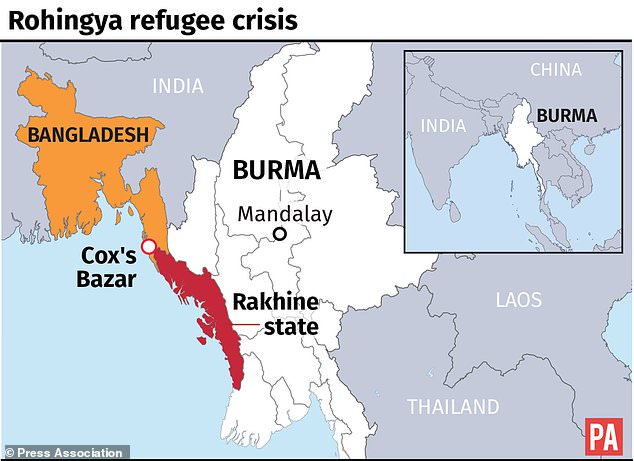 International aid and rights groups have accused the military of arson, killings and rapes of Rohingya villagers. Burmese authorities blamed Rohingya militants for the violence.

Though more than a million ethnic Rohingya Muslims have lived in the country for generations, they were stripped of their citizenship, denied almost all rights and labelled stateless.

“The peak in deaths coincides with the launch of the latest ‘clearance operations’ by Myanmar (Burma) security forces in the last week of August,” said MSF medical director Sidney Wong.

She said the findings were staggering, in terms of the numbers of people who reported a family member dead as a result of violence and horrific ways in which they said they were killed or injured.

MSF said more than 59% of children below the age of five who were killed were reportedly shot, 15% burnt to death in their homes, 7% were beaten to death and 2% died in land mine blasts.

Since the Burmaese military conducted operations against the Rohingya in northern Rakhine state, the civilian government has barred most journalists, international observers and humanitarian aid workers from travelling independently to the region.

MSF said the numbers of deaths are likely to be an underestimation “as we have not surveyed all refugee resettlements in Bangladesh because the surveys don’t account for the families who never made it out of Burma”.

California will set more fires to try to stop wildfires