She recently sparked marriage rumours as she hinted she was on 'honeymoon' in Bali with her boyfriend Dean Gibbs.

And Married At First Sight's Cheryl Maitland shared more snaps from her lavish getaway as she enjoyed a swim at The Edge pool in Uluwatu.

The 26-year-old shared the image to her Instagram on Sunday as she posed in a skimpy G-string bikini which drew attention to her pert derriere. 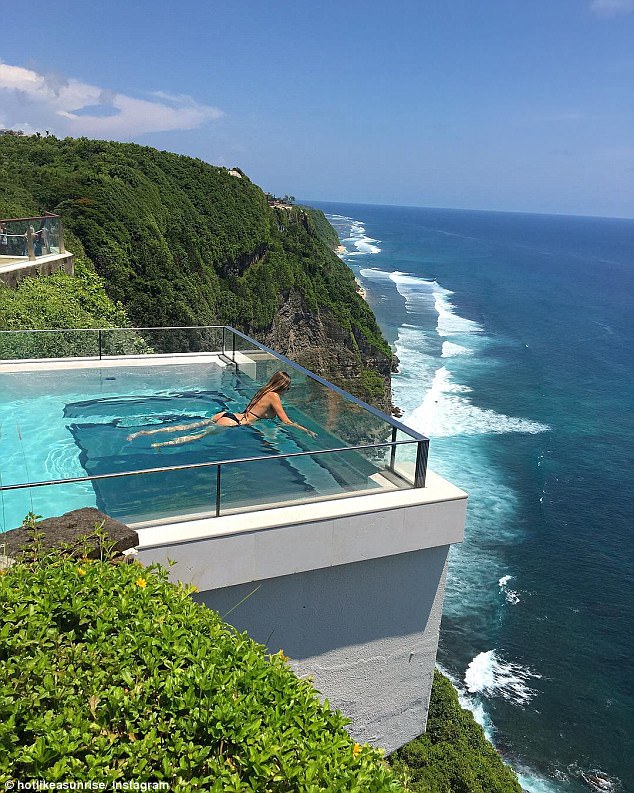 Last week, Cheryl shared a video of her and Dean riding down a busy Balinese street on silver scooters.

Cheryl, wearing a cheeky pair of white shorts and an olive green bikini top, holds the camera up high so it gets a lengthy visual of her chest.

The pair look ecstatic, with the brunette beauty laughing during the short clip. 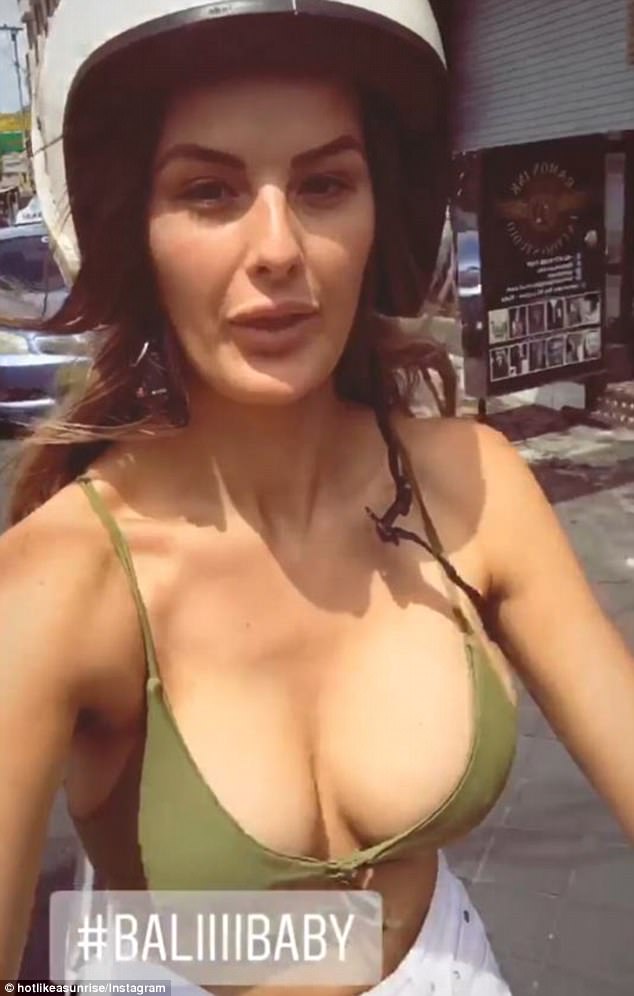 On the move! Cheryl flashes cleavage while riding a scooter 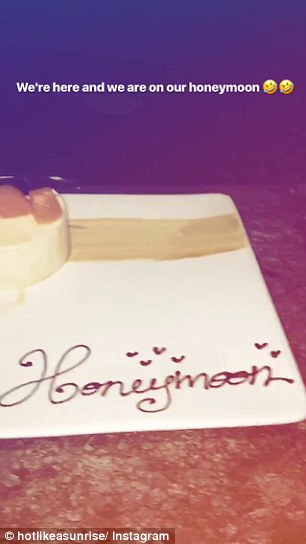 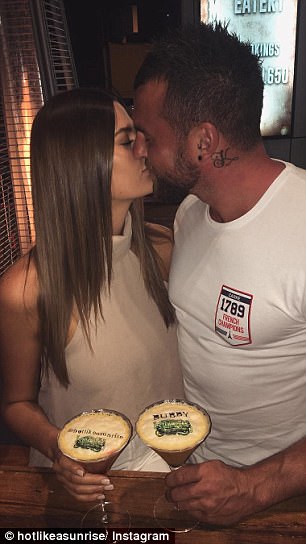 Are Cheryl Maitland and Dean Gibbs MARRIED? MAFS star shows off holiday dessert congratulating the couple on their 'Honeymoon'

Since finding love this year with the former criminal turned plumber Cheryl hasn't stopped gushing about her man.

And the first night of the Bali trip, the busty model teased the pair might have finally tied the knot.

Sharing a picture of the couple's dessert, the words Happy Honeymoon could be seen iced on the plate.

'We're here and on our Honeymoon,' Cheryl said adding a few laughing emojis, suggesting it was clearly presented to them by mistake.

The duo appeared tucking into their dinner for the night.

It's not the first time Cheryl has hinted at marriage plans. 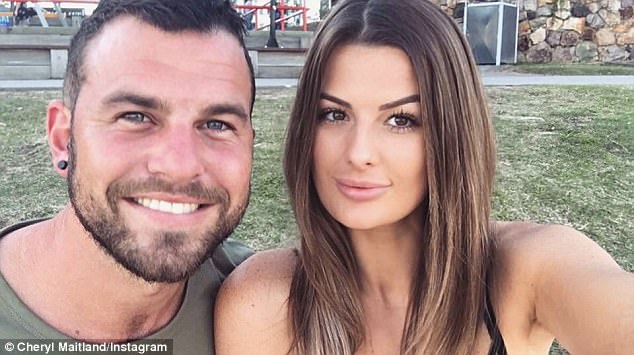 'Can't wait to grow old with you!' Cheryl recently hinted at marriage plans when she posted a gushing birthday tribute to her boyfriend Dean

Recently in a gushing birthday tribute to her man, Cheryl admitted she couldn't wait to grow old with her man.

'I couldn't imagine my life without you in it, You are the most beautiful soul I've met!' she wrote.

'I'm so thankful I get to spend this day with you and many more. I can't wait to grow old with you,' she added.

'LOVE YOU the most,' Cheryl concluded. 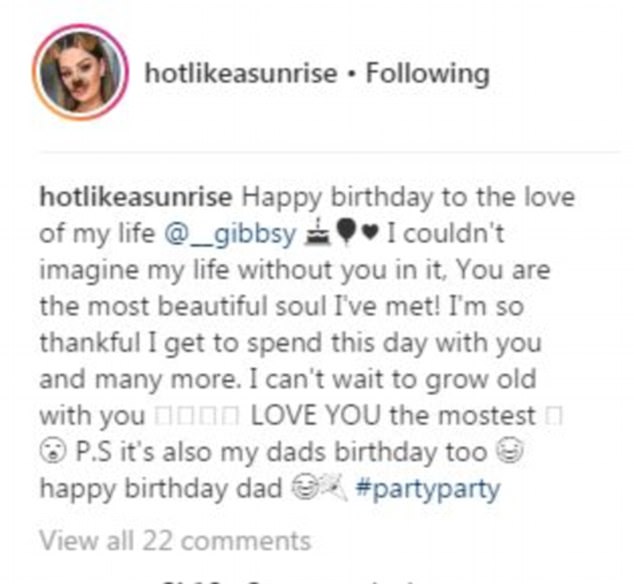 'I couldn't imagine my life without you in it, You are the most beautiful soul I've met!' she wrote 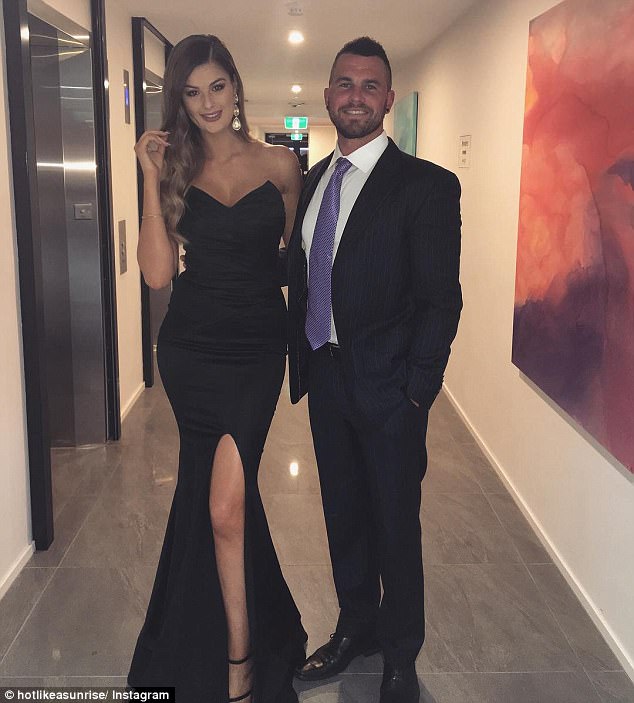 Best decision: Cheryl first rose to fame on Married at First Sight where she opted to leave her assigned husband Andrew

Posting another candid photo of herself and her man in August, again Cheryl couldn't help but gush over her beau.

'I am so glad that I never settled til I found you,' she wrote taking a slight jab at her TV partner.

After the brunette beauty unveiled her boyfriend in March, it wasn't long before it was revealed he carried a criminal record.

In 2014, Dean was handed a one-year suspended jail sentence after pleading guilty to five drug-related counts including; trafficking, using cocaine and as well as possessing steroids and ecstasy. 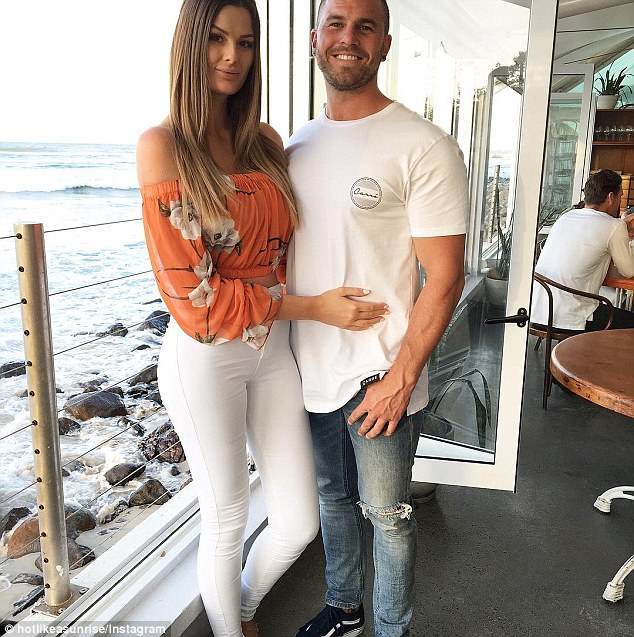 Strings attached: After the brunette beauty unveiled her boyfriend in March, it wasn't long before it was revealed he carried a criminal record

Laura Byrne cosies up to The Bachelor beau Matty J