By Riath Al-Samarrai for MailOnline

Paul Clement is under significant threat of losing his job as Swansea manager before the transfer window opens amid the growing relegation crisis.

The Swansea hierarchy have long intended to give Clement the chance to make the January changes needed to transform their season.

But Sportsmail understands that is now in real doubt after Tuesday’s defeat at Everton made it eight losses in their past 10 Premier League games. 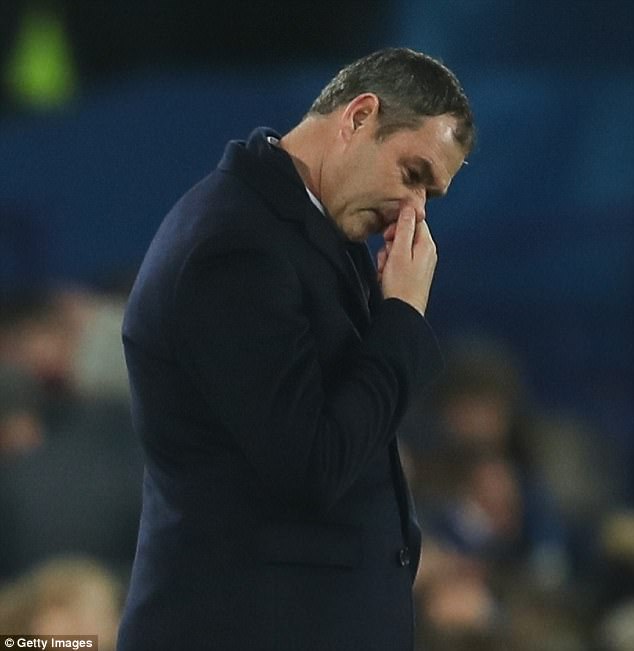 It is understood he could even lose his job if Swansea are beaten by Crystal Palace at the Liberty Stadium on Saturday.

It works very much in Clement’s favour that aside having held major support from the club’s ownership – which is only now waning – the available options for a replacement are so limited.

Clement has overseen a wretched season on the back of saving the club from relegation following his appointment in January. His first game was against Palace and a win laid the foundations for a stirring revival.

But this season has been bleaker than any other in Swansea’s Premier League tenure, even if the manager still has the support of the dressing room. 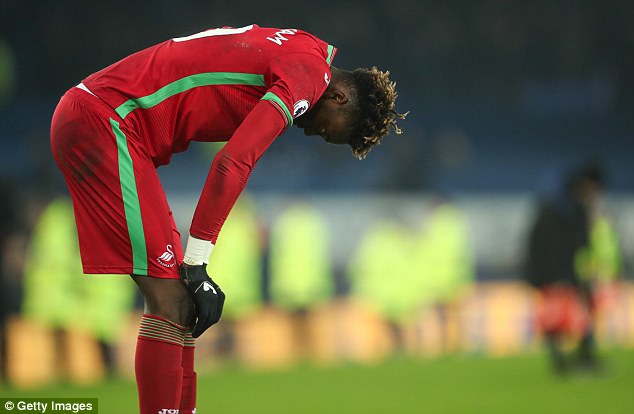 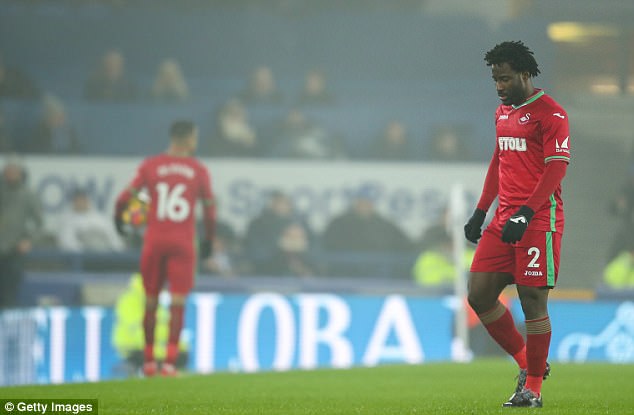 There have been no dissenting voices from within the squad about Clement’s methods and he is yet to lose the crowd, whose anger has largely been directed at the board.

Yet the results have been woeful, as have the performances. At the root of the problem, according to several sources within the club, is a badly misfiring recruitment department.

The irony is that their transfer work in January appears to be the best hope of salvaging the season.

They will target at least three new faces in the window, but the jury is very much out on the manager who will be leading them.