Your daily look at late-breaking news, upcoming events and the stories that will be talked about Wednesday:

1. HOW GOP IS TOUTING TAX OVERHAUL

It's a deeply unpopular bill, but Republicans insist Americans will learn to love it when they see their paychecks in the new year. 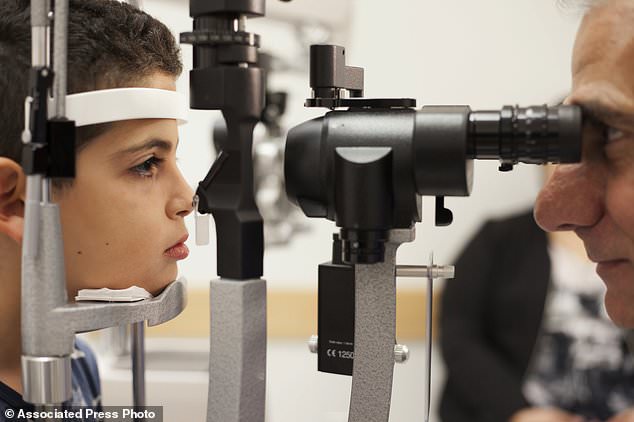 FILE – In this Oct. 4, 2017, file photo, Dr. Albert Maguire, right, checks the eyes of Misa Kaabali, 8, at the Children's Hospital of Philadelphia. Misa was 4-years-old when he received his gene therapy treatment. On Tuesday, Dec. 19, 2017, the Food and Drug Administration approved the therapy which improves the vision of patients with a rare form of inherited blindness, another major advance for the burgeoning field of genetic medicine. (AP Photo/Bill West, File)

2. SAFETY SYSTEM A WORK IN PROGRESS

Amtrak didn't wait to have critical speed control technology up and running before it launched a new route south of Seattle where a train derailed, killing three people.

The Saudi-led coalition fighting Yemen's Shiite rebels says it intercepted a missile fired over southern Riyadh, which the rebels said was targeting a "top leadership" meeting at the royal palace.

4. US WARNS PYONGYANG OVER CYBERATTACK

The Trump administration vows that North Korea will be held accountable for a May cyberattack that affected 150 countries, but it doesn't say how.

Political parties for and against Catalonia's independence from Spain make a final push to persuade voters as campaigning for a regional election draws to a close.

6. ANOTHER ADVANCE IN GENETIC MEDICINE

U.S. health officials approve the nation's first gene therapy for an inherited disease, a treatment that improves the sight of patients with a rare form of blindness.

A giant chunk of central Idaho with a dazzling night sky has become the nation's first International Dark Sky Reserve.

8. KIDS' DEVICES GETTING RUN FOR THEIR MONEY

Plastic toilets that squirt water, soggy dogs that shake and whipped cream that's flung at faces: The newest board games are messy and popular enough to draw kids away from their screens.

9. WHICH SHOW WAS GREETED WITH COLLECTIVE SHRUG

Fox's lackluster ratings for "A Christmas Story Live!" indicate the taste for live theater on television may have run its course.

The Green Bay Packers' streak of eight straight postseason appearances is over, and QB Aaron Rodgers is done for the year after he was placed on injured reserve. 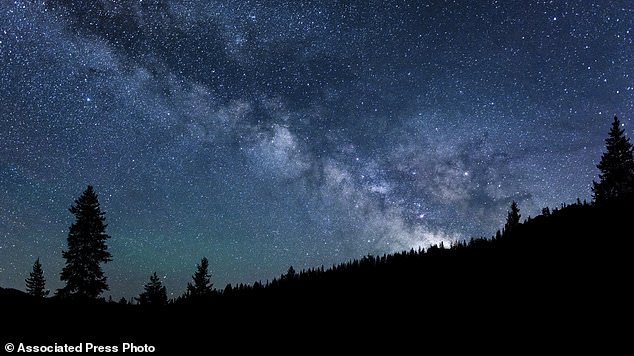 Selena Gomez and mother unfollow each other on Instagram