By Afp and Julian Robinson for MailOnline

The EU's top court has ruled Uber is a taxi service and should be regulated like a taxi company rather than an app.

The case, heard in Luxembourg's European Court of Justice, is yet another blow for Uber, which has drawn the fury of taxi drivers and officials around the world for flouting local regulations.

But the US-based company has insisted that the ruling, issued after a case brought by a taxi drivers' association in the Spanish city of Barcelona, will not affect its UK operation.

It comes the same week as one of its drivers admitted to the murder of a British embassy worker coming home from a night out in Beirut, Lebanon. 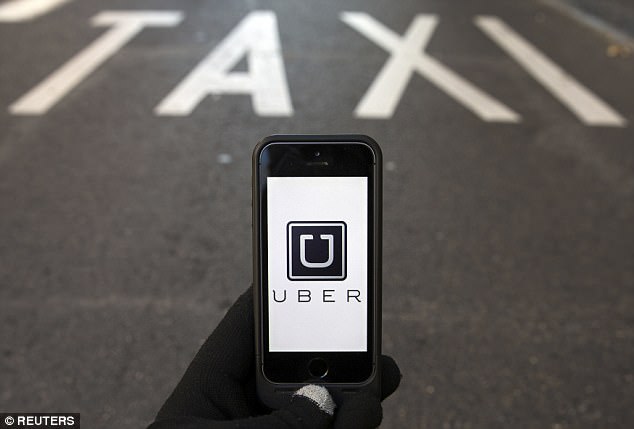 'The service provided by Uber connecting individuals with non-professional drivers is covered by services in the field of transport,' said the Luxembourg-based European Court of Justice.

'Member states can therefore regulate the conditions for providing that service.'

Uber, the biggest name in the growing gig economy, claims it is a mere service provider, connecting consumers with drivers in more than 600 cities.

Uber has run into huge opposition from taxi companies and other competitors who say this allows it to dodge costly regulations such as training and licensing requirements for drivers and vehicles.

The case was brought by a taxi drivers' association in the Spanish city of Barcelona, where belief runs high that Uber is a taxi company that should be subject to rules governing such vehicles.

Uber said the ruling would make little difference in practice.

'This ruling will not change things in most EU countries where we already operate under transportation law,' an Uber spokesperson said in an emailed statement. 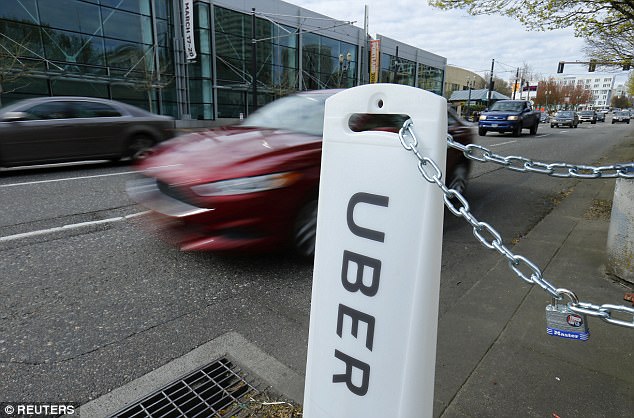 The case, heard in Luxembourg's European Court of Justice, is yet another blow for Uber, which has drawn the fury of taxi drivers and officials around the world for flouting local regulations (file picture)

'However, millions of Europeans are still prevented from using apps like ours.'

In a dense legal judgement, the ECJ said that Uber was a service that connects 'by means of a smartphone application and for remuneration non-professional drivers using their own vehicle with persons who wish to make urban journeys.'

That means it is 'inherently linked to a transport service and, accordingly, must be classified as a 'service in the field of transport' within the meaning of EU law.'

The EU court's senior adviser had said in a legal opinion in May that Uber was indeed a transport company.

Uber has had a rough ride in Spain, where a judge ruled in 2014 that its UberPop service risked breaking the law, leading to the Barcelona submission to the ECJ.

Early last year it decided to only operate a limited a version of its UberX service in Spain which uses licensed, professional drivers instead of the amateurs who had previously worked via the UberPop application.

Uber has already had problems with the law in several European countries, particularly France where the company was forced to overhaul its business model.

In November a labour court in London, where the company is threatened with losing its license, said it had to pay the drivers a minimum wage and give them paid leave.

Uber does not employ drivers or own vehicles, but instead relies on private contractors with their own cars, allowing them to run their own businesses.

Licensed taxi drivers meanwhile often have to undergo hundreds of hours of training, and they accuse Uber of endangering their jobs by using cheaper drivers who rely only on a GPS to get around.

The post EU court rules Uber should be regulated as a taxi company appeared first on News Wire Now.