By Ekin Karasin For Mailonline

He vowed to cut down on the cigarettes and alcohol in a health kick.

And Simon Cowell seemed to be reaping the benefits of his lifestyle overhaul as he showed off his slimmer figure while hitting beach during his annual Caribbean getaway.

The music mogul looked fighting fit as he soaked up the sun with his girlfriend Lauren Silverman during a relaxed stroll along the Eastern Caribbean island's shoreline. 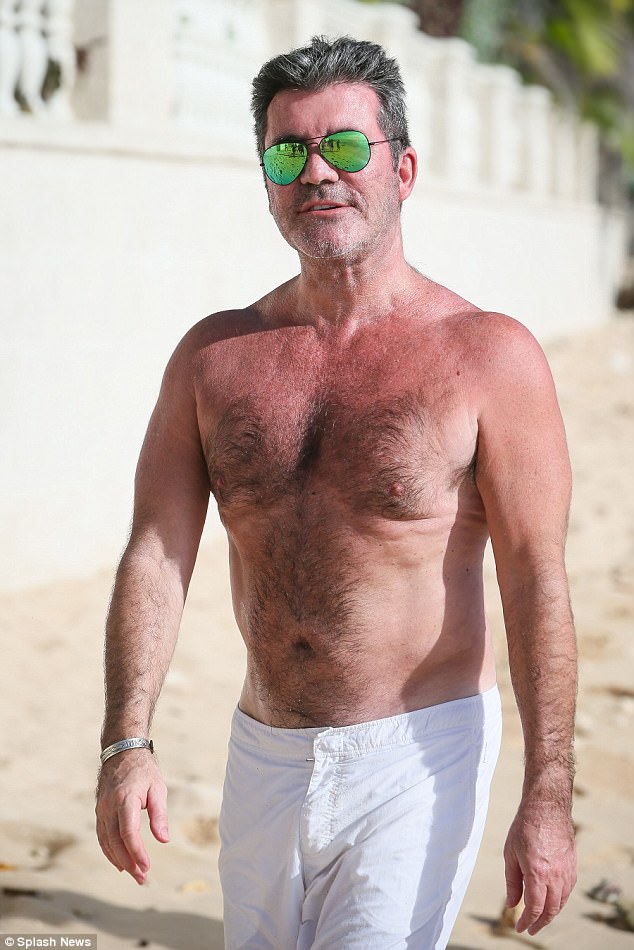 The couple made it an adults-only affair, stepping out for the sporty excursion without their adorable three-year-old son Eric, who has been spotted enjoying the delights of the beach with his parents over the past several days.

The Cowells have made the 4,000 mile trip to Barbados for the last few years to ring in Christmas and the New Year as a family.

The media boss has owned a property on the Eastern Caribbean island for a number of years, and often joins his family a few days later for the winter festivities.

In 2013, it was revealed Simon had been in a relationship with his then-best friend Andrew Silverman's wife Lauren, after pictures emerged of them kissing on a yacht.

The pair then welcomed their son – a half-sibling for Lauren's eldest son Adam, 11, from her previous marriage – in February 2014, and named him after Simon's late father, who died in 1999.

While he is now closer than ever with his little boy, Simon confessed last year that he had struggled to form a bond with the tot after he first arrived.

Yet, Simon later admitted to the Daily Star that the pair were now closer than ever – with Eric even confiding in him about his seemingly hectic love life.

The producer joked to the paper: 'I think he has my charm with the ladies. I asked him the other day how many girlfriends he's got and I think he's got five currently, so he's doing OK.'