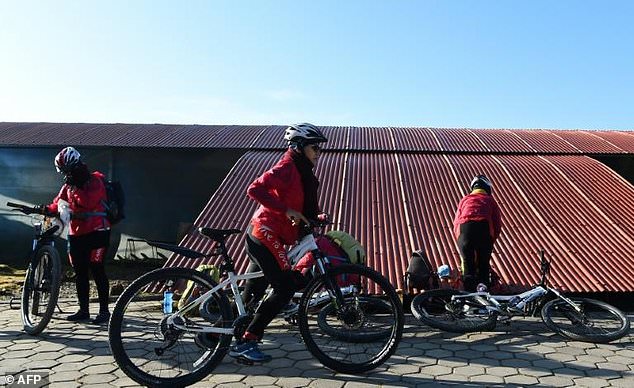 'Kung fu nuns' prepare for a month-long cycle ride on the outskirts of Kathmandu to raise awareness against human trafficking, the environment and promote gender equality

About 200 "Kung fu nuns" kicked off a month-long journey from Nepal through India on Saturday, swapping their flowing maroon robes for lycra leggings to raise awareness about human trafficking and gender equality.

The Buddhist nuns are trained in martial arts and frequently organise pilgrimages and cycling trips to promote gender equality.

"We are starting our fifth cycle yatra (pilgrimage) today and our main mission is about increasing awareness about female empowerment, the environment and human trafficking," nun Yeshe Lhamo told AFP.

Each year thousands of women and children across South Asia are lured into cities and across borders with promises of lucrative jobs but are instead sold into modern-day slavery.

Nepal has seen an upswing in the number of cases of trafficking since a devastating earthquake in 2015 left thousands homeless.

The country's human rights commission estimated that there were about 23,200 cases of trafficking or attempted trafficking last year. 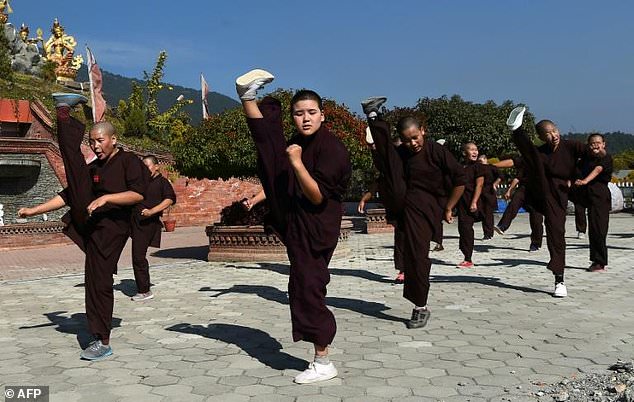 The nuns said they came across several cases of trafficking while volunteering in relief efforts for earthquake victims.

"That's how we had this idea of going on this cycle yatra to all the remote places and telling people we are all girls, girls are capable of doing everything. They are not useless, they are not things to sell," said 23-year-old nun Jigme Konchok Lhamo.

The nuns will cover a 3,000-kilometre route from the hills of Nepal's capital Kathmandu, peddling through south India to Delhi and then to Darjeeling.

White House denies Trump said ‘everyone in Haiti has AIDS’