SCHERTZ, Texas (AP) – The death of a 6-year-old boy who was shot and killed by a stray bullet when deputies near San Antonio opened fire on a woman being sought for crimes is a "tragic accident," a Texas sheriff said Friday.

The woman, 30-year-old Amanda Jones, was also fatally shot in the incident Thursday afternoon. Bexar County deputies had pursued her for a car theft and other offenses about two hours before confronting her on the porch of a trailer that she had forced her way into, Sheriff Javier Salazar said. The boy, Kameron Prescott, was inside the trailer, although Salazar said deputies didn't know anyone was at the home in the San Antonio suburb of Schertz.

The child was struck in the torso by a bullet that pierced one of the trailer's walls. He was pronounced dead at a hospital. Salazar said Jones had no apparent connection to the boy or his family. 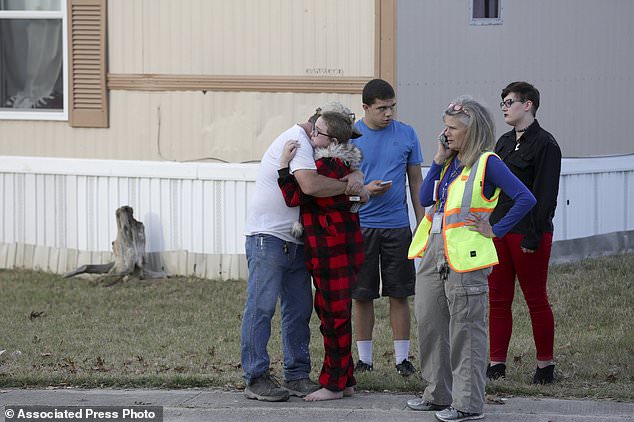 Ron Lawrence, left, comforts his daughter Kallie Lawrence, 11, who knew the boy that was killed in the shoot out between Bexar County Deputies and a wanted suspect woman in Pecan Grove Trailer Park in Schertz, Texas, on Thursday, Dec. 21, 2017. A stray bullet pierced the wall of six-year old Kameron Prescott's trailer. He died at a hospital. (Bob Owen/The San Antonio Express-News via AP)

"In my opinion it's a tragic accident that led to the death of this young man," Salazar said at a news conference. "We are looking into all of it. Internal Affairs is still investigating it. But again preliminarily it appears that policies and procedures (on use of force) were complied with."

Deputies had seen the woman earlier Thursday brandishing a handgun and they believed she was holding a firearm when they confronted her on the trailer's porch and shot her multiple times, the sheriff said. She was found to have a dark pipe, but investigators found no gun at the shooting scene, although they continued to search for one along the route where the pursuit occurred, he said.

The events unfolded Thursday morning when a man reported that Jones had stolen his car. Deputies found Jones hiding in the closet of a home where she pointed a gun at them before fleeing on foot, Salazar said. At one point she swam across a creek before running into a wooded area next to the trailer park where the boy lived.

Salazar said Jones tried to break into several homes at the trailer park in an effort to evade authorities before she came to the home where Kameron was inside with other family members.

Kameron was home because his elementary school let out students at noon for the Christmas break, the San Antonio Express-News reported.

The four deputies involved in the shooting have been put on administrative leave for five days.

"The deputies are of course understandably shaken up from this whole incident," Salazar said. "Officer-involved shootings are traumatic enough. Add to this one the death of an innocent 6-year-old and it's that much more troubling."

Anthony Fritcher, 33, told the Express-News that he was closing the back door of his home at the trailer park when the front door was flung open and the woman walked in, demanding the keys to a Kia Soul parked in the driveway. Fritcher, along with others in the home, charged at the woman, who ran outside and out of sight.

This story has been corrected to show the boy who died was 6 years old, not 7. 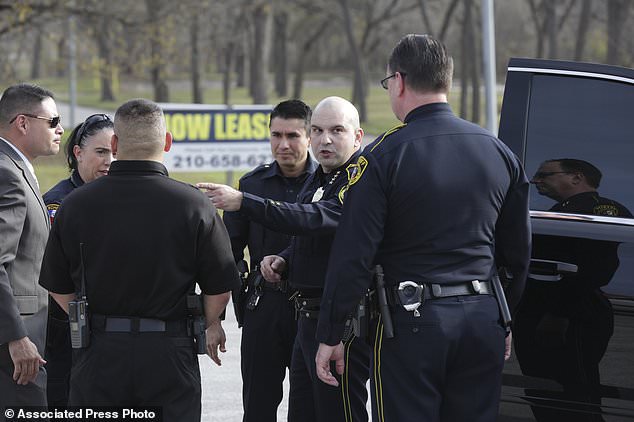 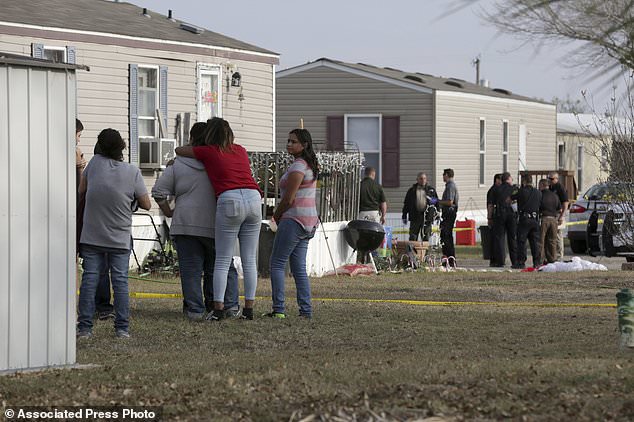 Blac Chyna sports new electric blue do for night out