By Rebecca Lawrence For Mailonline

Matt Damon's father has died in Massachusetts at age 74 after a long battle with cancer.

She said Saturday he died of complications from multiple myeloma, a rare blood disease that affects bone marrow. 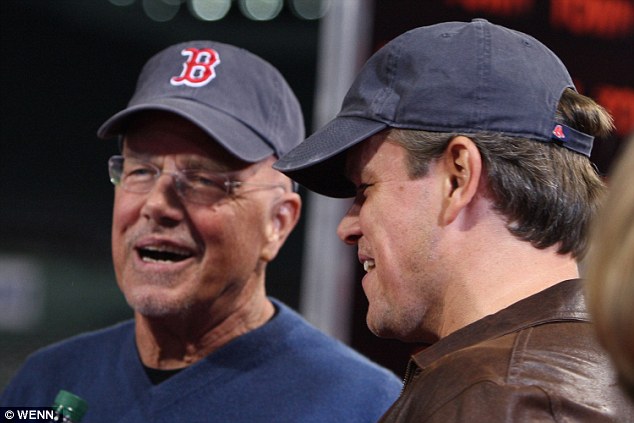 Kent Damon's condition had worsened over the past few months.

Matt Damon has worked to raise awareness and money for cancer research and treatment since his father was diagnosed in 2010.

The "Good Will Hunting" and "Jason Bourne" star hosted private fundraisers in Los Angeles and attended benefits for the Massachusetts General Hospital's Cancer Center in Boston.

At a benefit for Massachusetts General Hospital, the actor told WCVB-TV that while the disease is incurable, his father was doing well and will "fight it to a standstill." His dad's condition had worsened in recent months,

Matt last opened up about his father's health in an interview with Extra earlier this month.

"It's been a slow unfolding; my dad's sick, so that's been a process we're going through," he said. "We'll take any prayers you got, so throw 'em up there."

Kent had been battling multiple myeloma, a specific bone marrow cancer, since 2010 but his health had taken a turn for the worse lately.

Earlier this month, Matt had called on his fans to pray for his ill dad.

Speaking about his father's ill health, he said: "It's been a slow … unfolding, my dad's sick, so that's been a process we're going through. We'll take any prayers you got, so throw 'em up there."

Matt had to pull out of the BAFTA Britannia Awards in October due to a "family emergency" to return home to Boston, Massachusetts, where he was said to have gone to be at his father's side.

Kate Mara gave a touching speech about the 'Suburbicon' star before taking the Stanley Kubrick Award for Excellence in Film accolade on his behalf.

She explained: "Unfortunately Matt has urgently needed to travel to Boston and couldn't join us tonight. As much as we wish he was here with us, we know family comes first. So our thoughts are with you, Matt, and much love from your friends here in LA."

And Matt said in a video message: "Hello and thank you to everyone at BAFTA. I found out about this award six months ago and I was just so incredibly honoured to receive it and I was really looking forward to tonight. Unfortunately, I had to go back to Boston for a family emergency. I'm really sorry not to be with you tonight. Thank you for this wonderful honour and I hope you have a lovely evening. See you soon."