By Abe Hawken For Mailonline

Two men aged 60 and 29 have died following a 'multi-vehicle' crash on a motorway last night.

Police and paramedics were called to the M40 northbound in Oxfordshire, between junctions 10 and 11, at just before 11.40pm on Saturday. 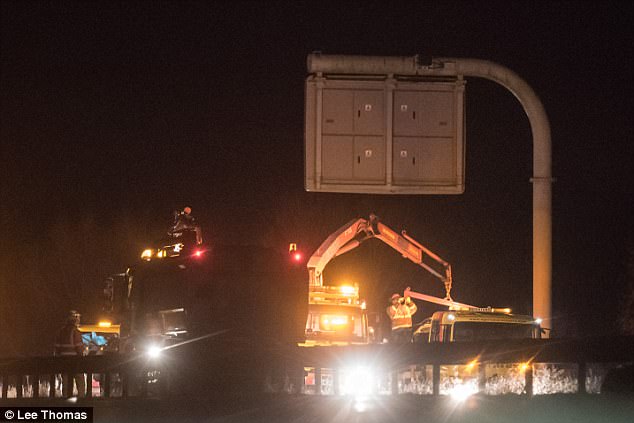 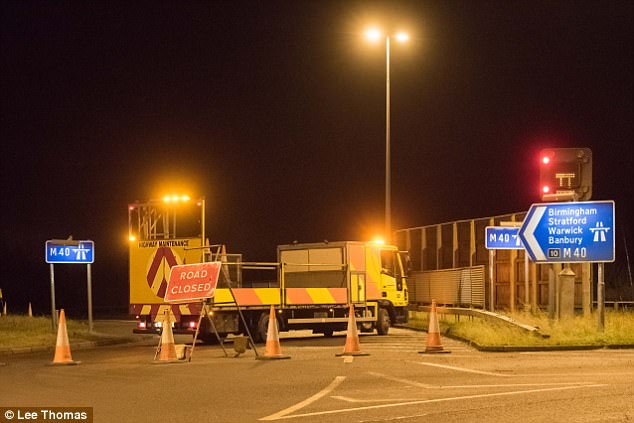 One man was taken to hospital with serious leg injuries and three others were treated for minor injuries at the scene.

Both carriages were closed between junction 10 but the road has now fully reopened.

A driver who passed the scene said he could see about 30 emergency vehicles at the incident by the Cherwell Valley services near Banbury.

A Thames Valley Police spokesman said: 'The next of kin for both victims have been informed and are being supported by specially trained officers.'

Chief Inspector Henry Parsons from the Joint Operations Unit for Roads Policing, said: 'Our thoughts are with both men's families at this difficult time.

'We would like to speak to anyone who may have witnessed the collision who has not yet spoken to police.

'We would appeal to anyone who witnessed the collision and has not yet spoken to officers to please contact us.

'Anyone who has any information which could assist the investigation should call the 24-hour Thames Valley Police enquiry centre on 101 quoting URN 1669 (23/12).'

Thames Valley Police said last night: 'The northbound carriageway of the M40 between junction 10 and junction 11 is currently closed after a multi-vehicle RTC.

'We would advise motorists to avoid the area at this time while emergency services are at the scene. 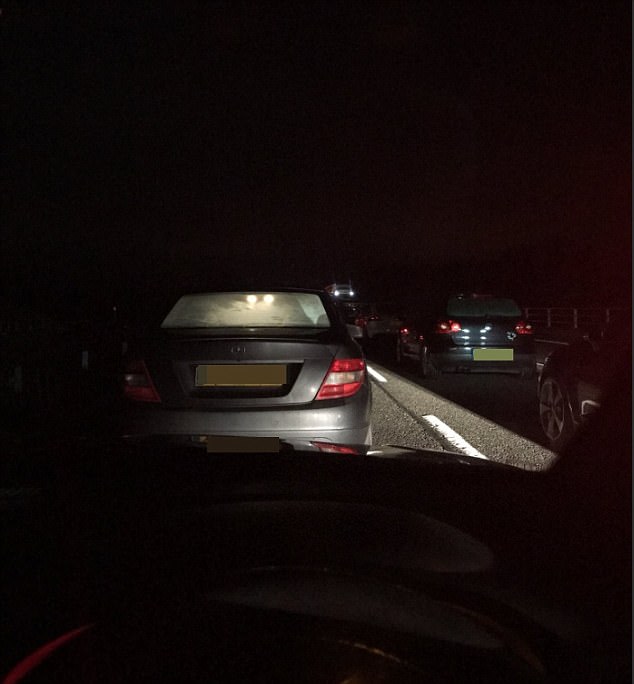 Pictured: Motorists stuck in traffic on the M40 this morning after a six-car pile up on the M40 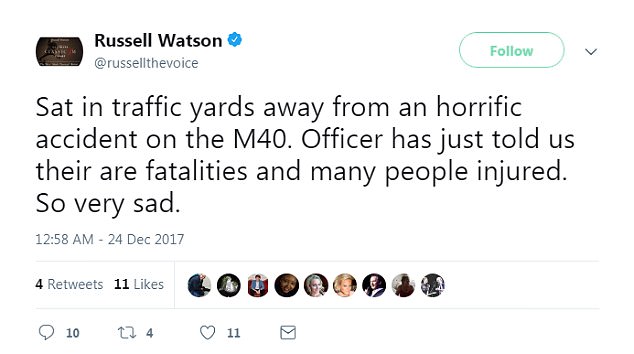 'The road is expected to be closed for a number of hours so please find alternative routes.'

Sue Jaiteh took to Facebook to warn people about the incident. She wrote: 'Really bad accident on the M40 northbound just before the Banbury junction – we are near the accident and have been told it will be 45 minutes before it's cleared.

'We've seen at least three fire engines, three ambulances and police go up the hard shoulder, so not looking at all good.'

Opera star Russell Watson tweeted that he was caught up in the traffic jam. He said: 'Sat in traffic yards away from an horrific accident on the M40. Officer has just told us their are fatalities and many people injured. So very sad.'