By Rod Ardehali For Mailonline

A five-year-old child was dramatically rescued from a tower block after he was left hanging 50ft in the air by his ear.

The young boy tried to retrieve something that fell out of the fifth floor window when he toppled out himself.

He was miraculously saved when his head and ear got stuck between the glass and the building's brickwork. 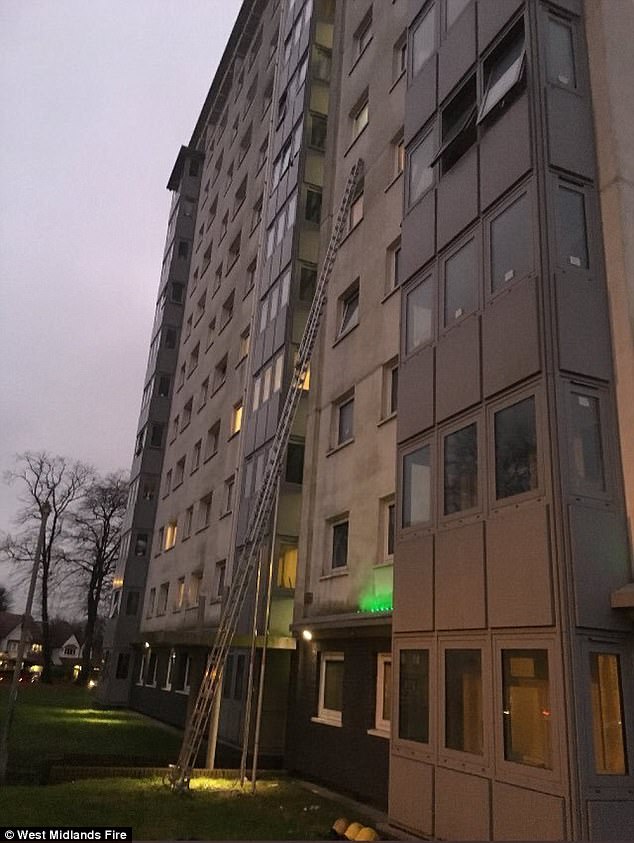 Firefighters raced to the scene to help the little boy down in what an experienced crew member of 30 years described as 'scariest' rescue of his career.

The hero firefighter, Lyndon Flavell, of Erdington station's Red Watch had to stand on the last rung of the crew's tallest ladder to reach the boy as members of the public helped to hold it steady.

The scene was so dramatic that one witness was treated for shock and the West Midlands Fire Service watch commander in charge of the crew was left 'visibly shaken'.

The incident happened at around 4pm on Friday, December 22 at Glendale Tower in Erdington, Birmingham.

The boy was hanging from the window for around six minutes before the alarm was raised, and firefighters were on the scene two minute and nine seconds later.

Wayne Little, station commander, revealed initially the ladder could not reach the fifth floor window where the child was hanging by his neck.

The crew was forced to re-pitch the 44ft ladder beyond its normal safety limits in order to increase the height. 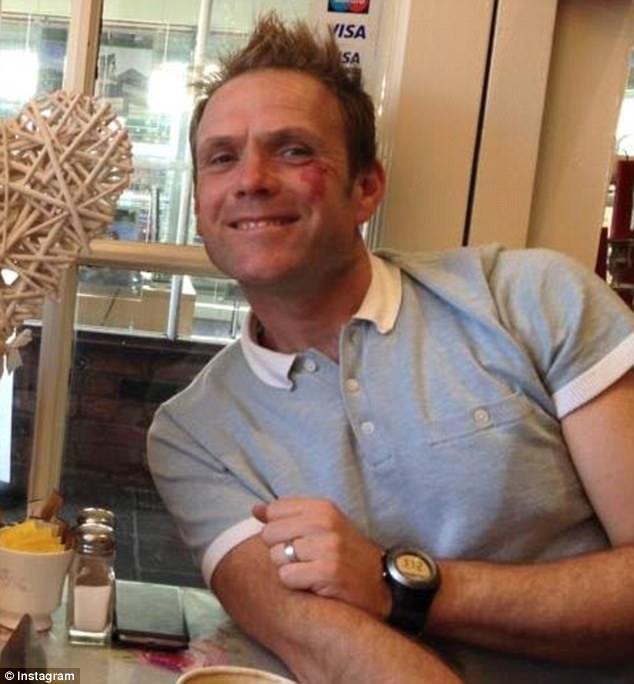 The hero firefighter, Lyndon Flavell, of Erdington station's Red Watch had to stand on the last rung of the crew's tallest ladder to reach the boy as members of the public helped to hold it steady

Station commander Little said: 'The ladder was still not able to quite reach the window, but a brave firefighter – crew commander Lyndon Flavell – climbed the ladder to its limits, and stood on the top rungs of the ladder, in order to rescue the boy.

'I spoke to the watch commander in charge of the crew later, who was still visibly shaken. He told me that in the 30 years of his service, he had never been so scared.'

Tweeting after the incident, West Midlands Fire Service said: 'Today we had to work to our absolute limits. 5yr boy hanging by his neck from a 5th floor window, the bravery shown b the FF who climbed the ladder is immeasurable @ErdingtonFire @WestMidsFire.'

A member of the public was given oxygen due to the shock of watching the incident unfold.

Reflecting on what happened on Saturday, the station commander Little said: 'This incident was one of those once in a career rescues that saw our brave firefighters perform beyond expectations and push the limits of their technical skills to the maximum, to prevent a tragedy.

'I believe in the heroism and bravery of our firefighters.

'It is so important to raise awareness of keeping safe, not only from fire in high rise buildings, but also from other potential hazards.'

The boy's family has since been rehoused.