It has the potential to be an awkward run-in, but it is the holiday season.

Kourtney Kardashian's ex Scott Disick, 34, – the father of her three children – and her new man Younes Bendjima, 24, were both on hand at Kris Jenner's annual Christmas eve bash on Sunday.

Both men were seen in Snapchat clips taken at the swanky soiree – though not with one another – even as Kourtney did not seem to be present during the opening hours of the party.

Scroll below for video 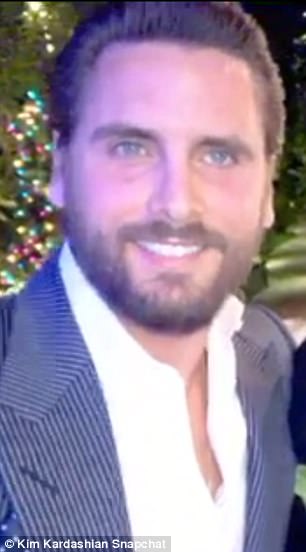 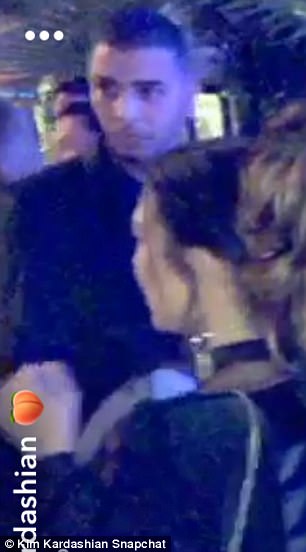 Kris's reality star daughters were apparently put in charge of the guest list, and decided to include Scott, TMZ previously reported, as Scott has remained close to Kourtney's mother and siblings, despite their split.

Kris has made it clear she thinks of Scott as a second son, and continues to include him in family gatherings.

In contrast to Kourtney's big, mostly happy, family, Scott was raised as an only child and four years ago tragically lost both his parents within a few months of each other. 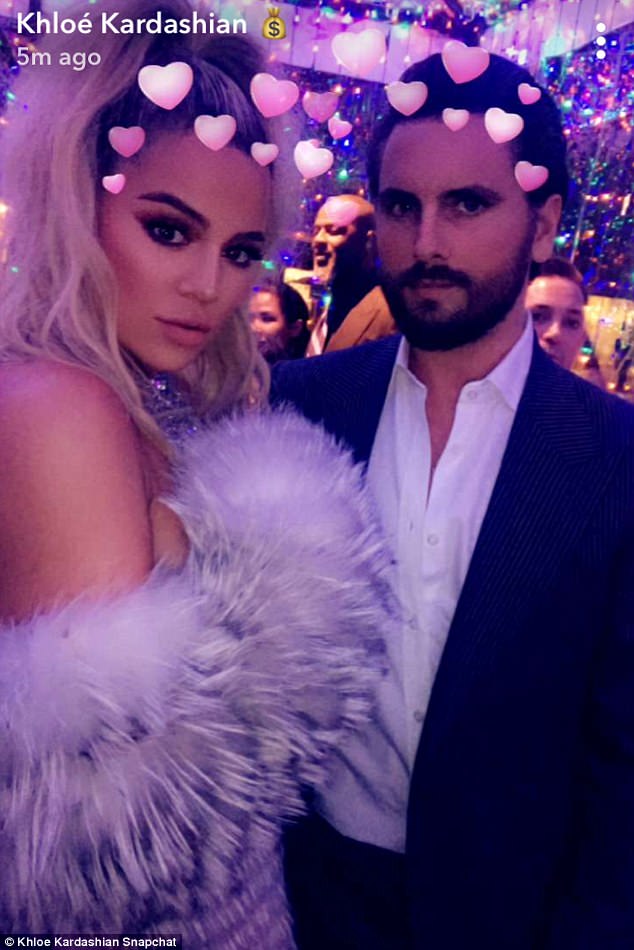 Fondness: Khloe posed with Scott in an image filtered with pink hearts 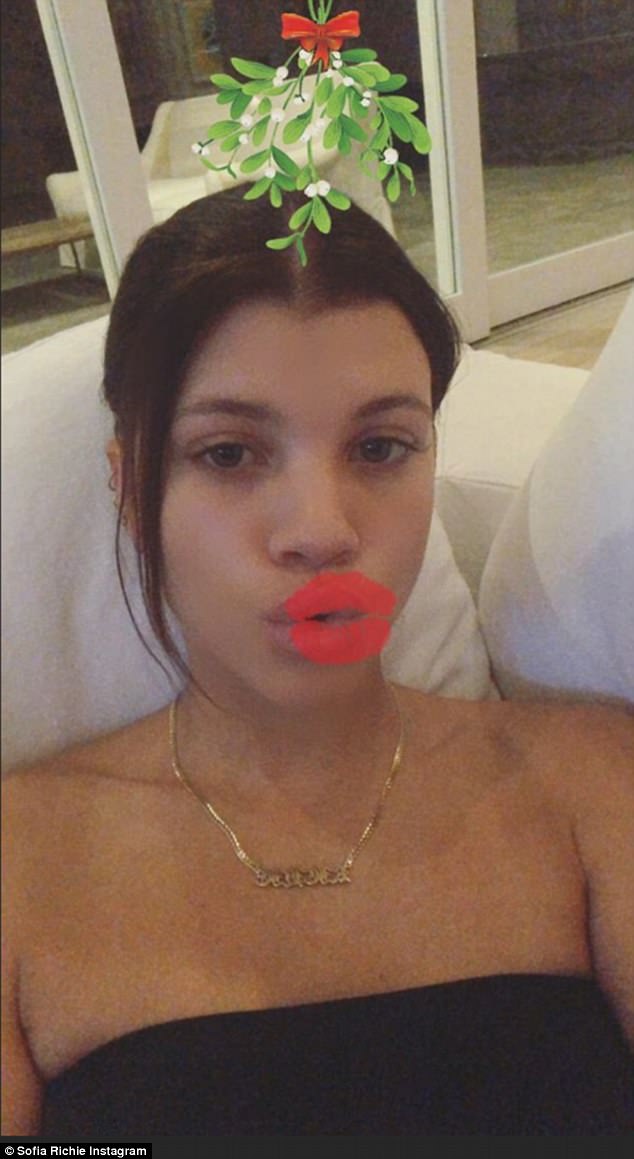 No-go? Sofia Richie, who is currently dating Scott, didn't go to the party; it's unclear if she even received an invite 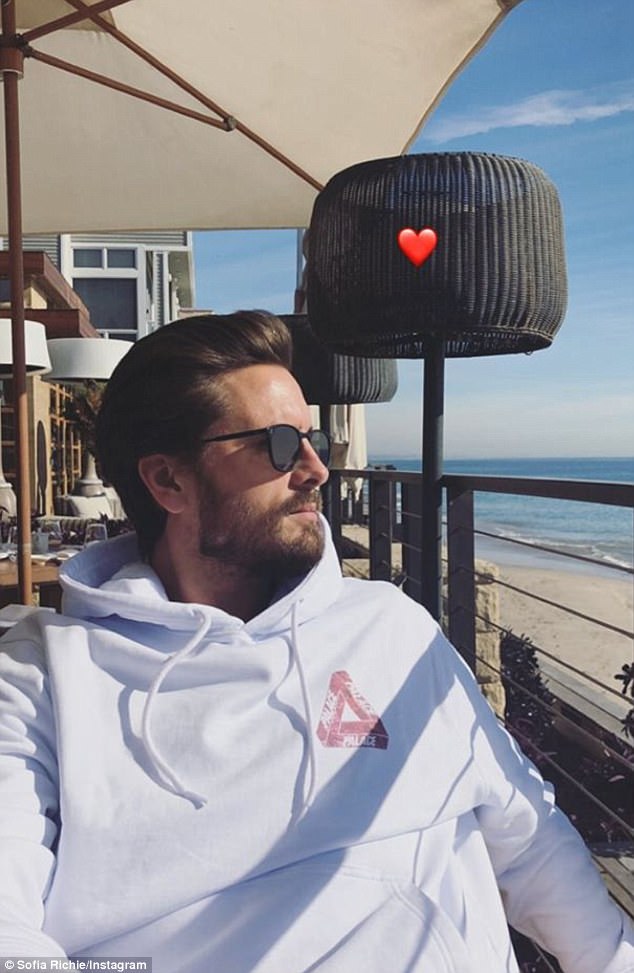 Moved on: Scott spent the morning of Christmas eve in Malibu with new love Sofia Richie

He shares children Mason, eight, Penelope, five, and three-year-old Reign with his ex, and remains a fixture in their lives, although Kourtney does most of the day-to-day parenting.

Scott was seen Sunday morning in Malibu with his new girlfriend Sofia Richie, who shared a photo of him captioned with a heart. Richie – who later took to social media with a mistletoe superimposed over her head – did not seem to be at the bash on Sunday.

It's unclear if she even received an invite.

The model, and daughter of singer Lionel Richie, had past been spotted in a friendly capacity with Younes, but the two unfollowed one another on social media and are 'not really speaking anymore,' insiders told Us in October. 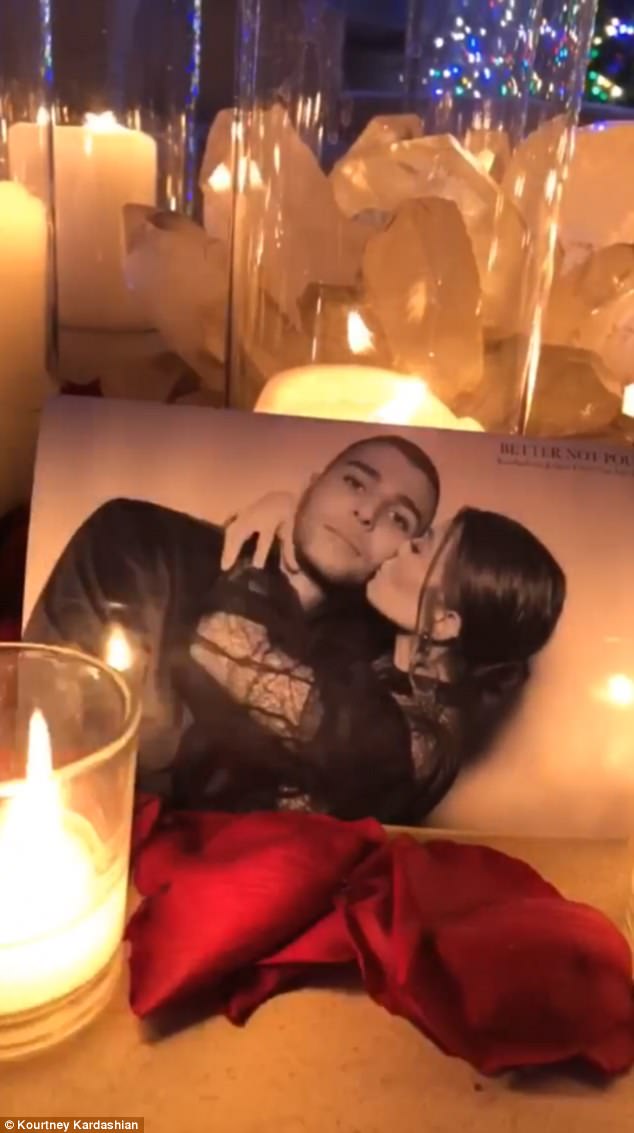 Holiday love: A professional image of Kourtney and Younes was seen on her social media 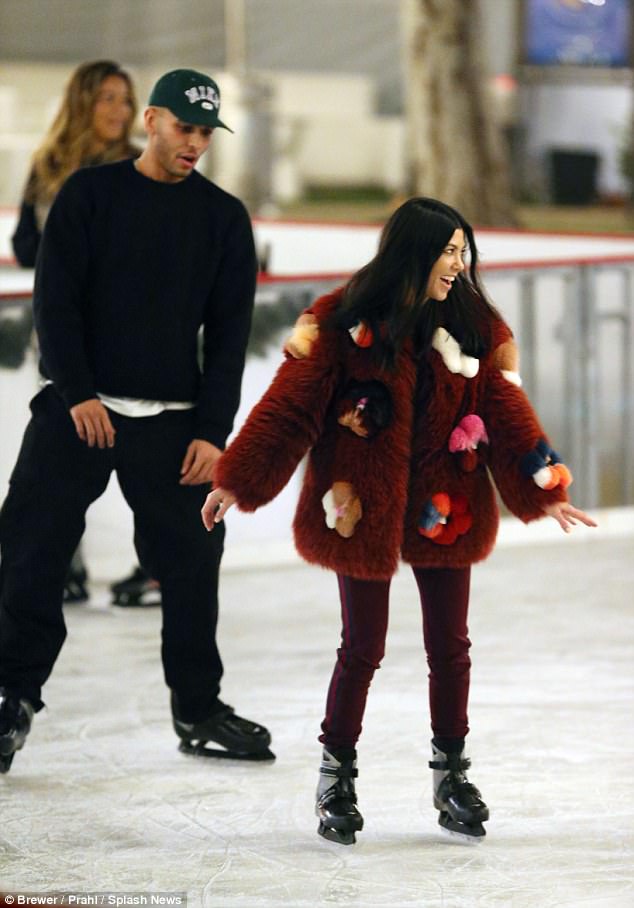 New man! Kourtney Kardashian glowed with happniess as she took a spin around the ice with Younes Bendjima at a party in Thousand Oaks, California on Saturday 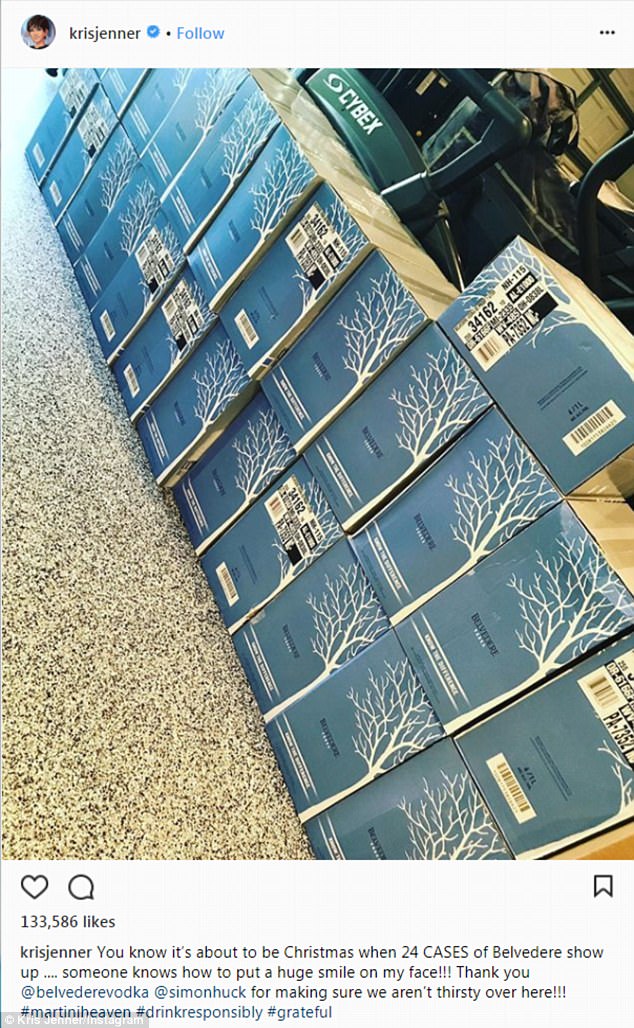 Time to party: Kris Jenner shared a picture of the vodka she would be serving ahead of her annual Christmas eve bash