Pope Francis has likened the journey of Mary and Joseph to Bethlehem to the migrations of millions of people today who are forced to leave their homelands for a better life.

During the Christmas Eve vigil Mass in the Vatican, the Pope told the faithful that the “simple story” of Jesus’ birth in a manger changed “our history forever”.

He said: “Everything that night became a source of hope.”

Noting that Mary and Joseph arrived in a land “where there was no place for them”, the pontiff drew parallels to contemporary time.

“So many other footsteps are hidden in the footsteps of Joseph and Mary,” he said in his homily. “We see the tracks of entire families forced to set out in our own day. We see the tracks of millions of persons who do not choose to go away but, driven from their land, leave behind their dear ones.”

“In many cases this departure is filled with hope, hope for the future; yet for many this departure can only have one name: survival,” the pope said. 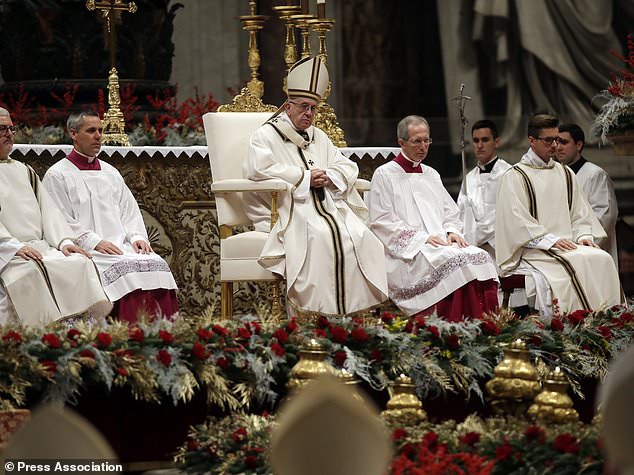 Referring to the king of Judea who was depicted as a tyrant in the New Testament, Francis continued, saying some migrants are “surviving the Herods of today, who, to impose their power and increase their wealth, see no problem in shedding innocent blood”.

Francis has made concern for economic migrants, war refugees and others on society’s margins a central plank of his papacy.

He said God is present in “the unwelcomed visitor, often unrecognisable, who walks through our cities and our neighborhoods, who travels on our buses and knocks on our door”. That perception of God should develop into “new forms of relationship, in which none have to feel that there is no room for them on this Earth,” he said. 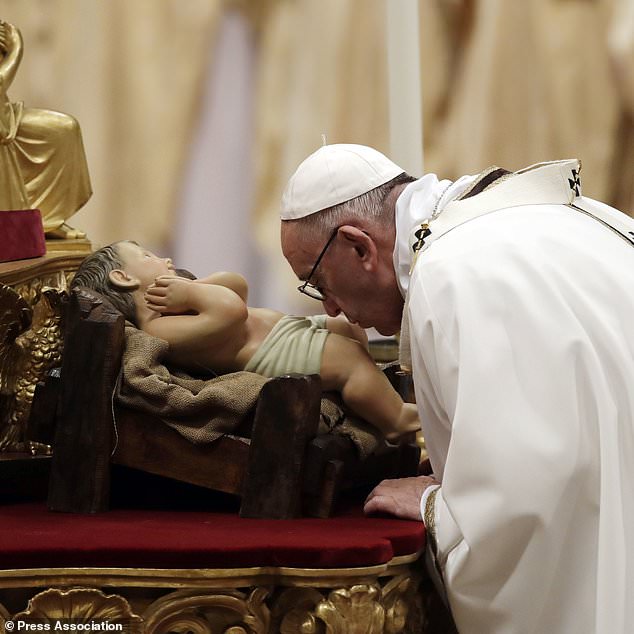 At the start of the service, Francis bent over to kiss a statue of the baby Jesus in the basilica.

At midday on Monday, tradition calls for Francis to deliver the Christmas Day message “urbi et orbi” – Latin for “to the city and to the world” – from the central loggia of the basilica overlooking St Peter’s Square. The speech often is a review of the world events and conflicts.