By Connie Rusk For Mailonline

He welcomed his first child, son Bear, with his girlfriend Cheryl back in March.

And Liam Payne seemed in a reflective mood as he penned an emotional open letter to his fans.

The 24-year-old One Direction singer revealed the moment he became a dad while preparing to spend his first Christmas with his son. 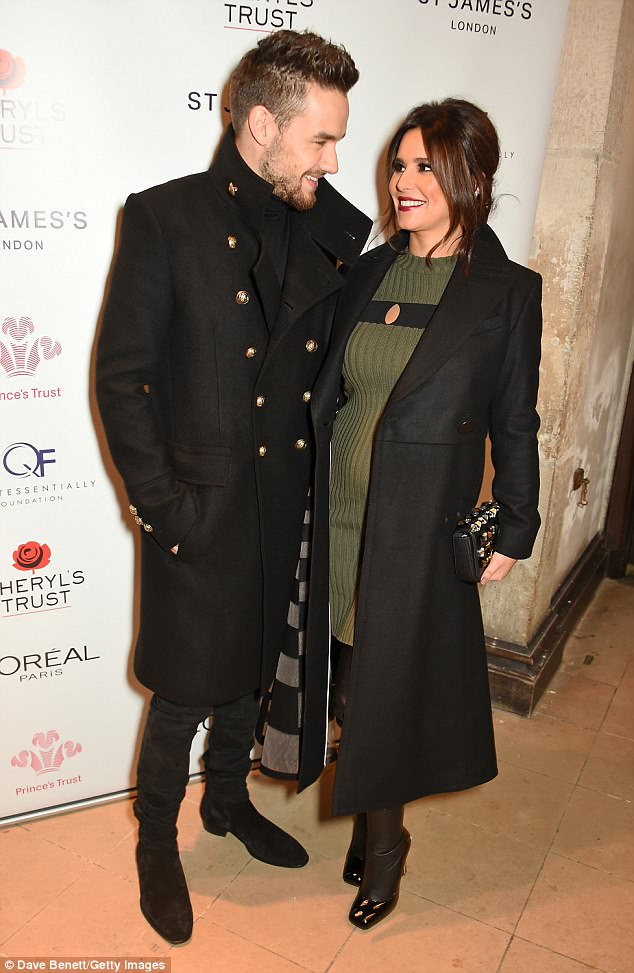 Looking back: Liam Payne (pictured with Cheryl in 2016) seemed in a reflective mood as he penned an emotional open letter to his fans

He said: 'I've got to start with Cheryl and my baby boy Bear.

'Holding my baby boy for the first time is an amazing memory I will never forget and watching him grow up is amazing to see.

'Cheryl has been an incredible mother to baby Bear since the day he was born and I can't thank her enough for that.' 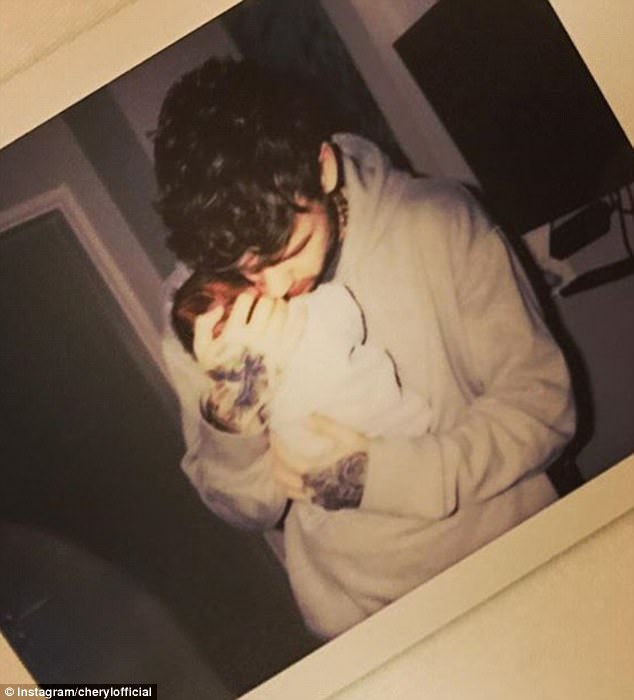 Sweet: The 24-year-old One Direction singer revealed the moment he became a dad left him: 'speechless, excited, nervous and surprised'

In recent weeks, Liam has jetted across the US to promote his latest music following the launch of his solo career after One Direction went on hiatus in January 2016.

Now the solo artist is fresh from his tour and he has arrived home to spend his first Christmas with his long-term girlfriend Cheryl and their son Bear.

And it seems the songstress was no longer holding back on the celebrating Christmas after reports she was waiting for her man to return to their Surrey home.

A source told The Sun: 'Walking past Liam's house, you wouldn't even know it's Christmas. There's not a single fairy light in sight, which is the complete opposite of last year. 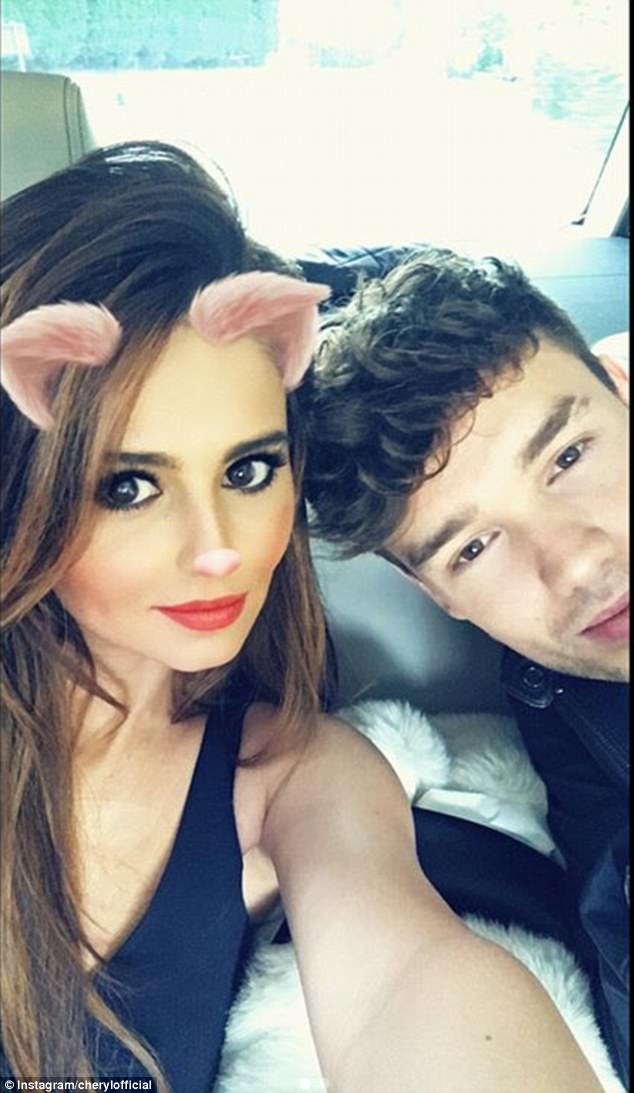 Gushing tribute: He also praised Cheryl, saying she has been an 'incredible mother to baby Bear since the day he was born and I can't thank her enough for that'

'Cheryl had recently moved in and he really went to town, covering the house in icicles, reindeer and giant snowmen and soldiers.'

Proving he is a family man at heart, the singer confessed he is looking forward to spending time with his girlfriend and their son over the festive season.

He told Entertainment Tonight: 'My holiday plans are to spend some beautiful time with my son and to eat my own weight in lovely Christmas food. 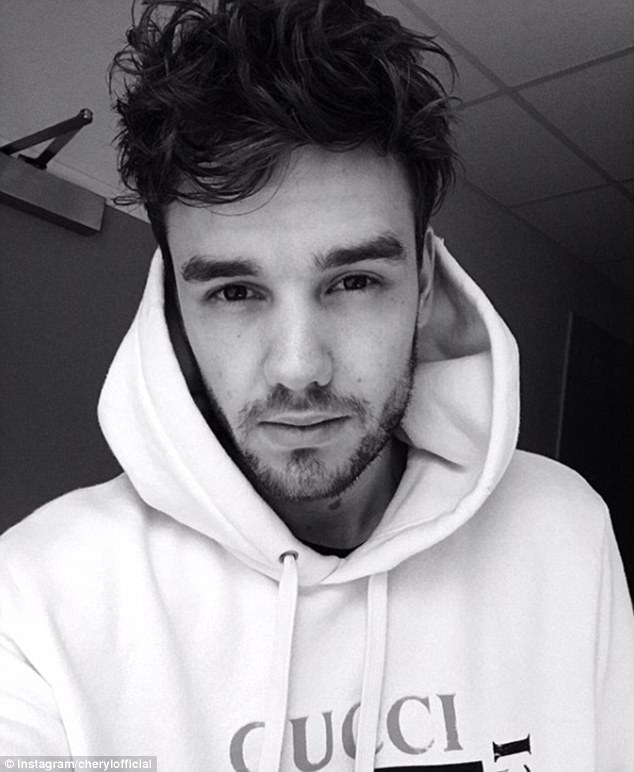 Bear's first Christmas: In recent weeks, Liam has jetted across the US to promote his latest music following the launch of his solo career but has returned to spend Christmas with Cheryl and their son

'Bear is only going to be interested in the wrapping paper so I'm going to buy the shiniest one!'

Liam was delighted to become a dad for the first time when his stunning girlfriend gave birth in March to their baby boy.

While they keep their love firmly under wraps, the couple first went public with their blossoming romance in February 2016 and they have been going strong ever since. 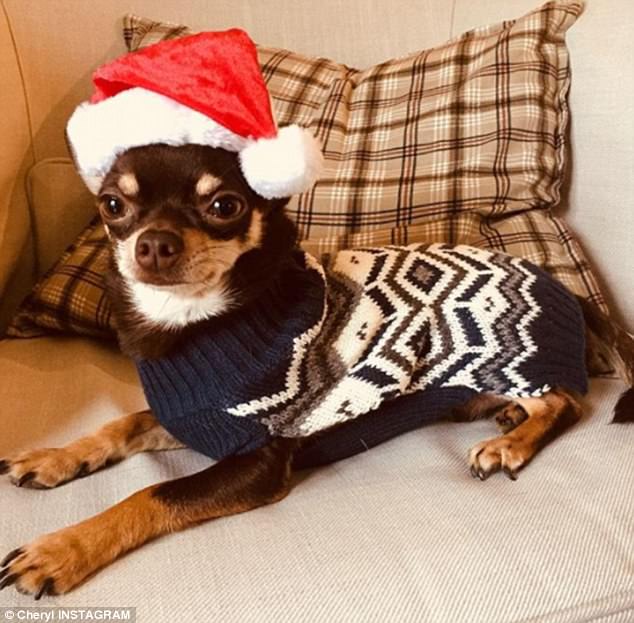 'Merry Christmas ya filthy animals': Cheryl got into the festive spirit as she dressed her Chihuahua for her first Christmas with Bear and Liam Payne

Universities must ‘protect free speech or pay the price’