By Eleanor Harding for the Daily Mail

Universities have four months to clamp down on student zealots who restrict free speech on campuses, Jo Johnson will warn today.

The universities minister is expected to say he has seen too many ‘worrying’ incidents of groups trying to ‘stifle those who do not agree with them’.

He will warn institutions that they have a duty to intervene and ensure differing points of view can be heard – however controversial.

A new regulator, the Office for Students, will come into being in April 2018 and will have the power to punish universities which do not adequately safeguard free speech. Those falling short could be fined or even deregistered – rendering them effectively unable to operate.

It follows incidents in which student unions and societies have banned speakers because they deemed their views ‘offensive’. 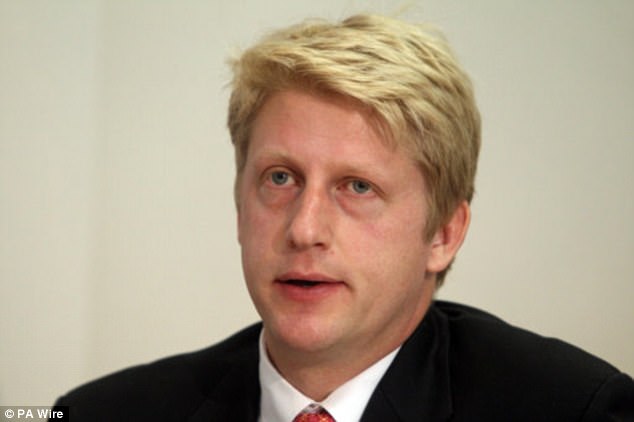 In a speech to the Limmud Festival in Birmingham, Mr Johnson will say free speech and open debate must be a central principle of all universities. ‘Universities should be places that open minds not close them, where ideas can be freely challenged,’ he will say.

‘In universities in America and worryingly in the UK, we have seen examples of groups seeking to stifle those who do not agree with them. We must not allow this to happen.

‘Young people should have the resilience and confidence to challenge controversial opinions and take part in open, frank and rigorous discussions.

The OfS will have a range of powers if freedom of speech is not upheld, including ‘monetary penalties’ and deregistering institutions.

When a university is deregistered it means it is not recognised as an English higher education provider, cannot receive direct Whitehall funding and will not be able to award its own degrees.

Many student unions believe universities need to be ‘safe spaces’ where young people can be shielded from views they may find upsetting. But critics say being shielded from the realities of the world does not prepare students for the challenges they face after graduation.

However, Mr Johnson will also reiterate that free speech must not be used as a ‘smokescreen’ by those who wish to limit the rights of others.

He will say universities must ensure there is no place within higher education for ‘hatred, extremism or any form of discrimination or racism, including anti-semitism’.

He will say: ‘A racist or anti-semitic environment is by definition an illiberal one that is completely in opposition to the liberal tradition of our universities.’

Sue Dann reveals why you should use oil-based products