By Tim Stickings For Mailonline

The brother-in-law of Andy Murray has become the youngest person to reach the South Pole unaided after an exhausting five-week trek.

Lieutenant Scott Sears, 27, of the First Battalion Royal Gurkha Rifles, survived a gruelling 700-mile walk across the Antarctic wilderness to reach the pole on Christmas Day.

Facing winds of up to 150mph, temperatures as low as -50C and having to carry 90kg of supplies every step of the way, the hero soldier battled through to raise thousands of pounds for the Gurkha Welfare Trust.

Wishing his followers a Merry Christmas from the South Pole, he posted on Instagram: 'I'm very proud of what has been achieved over the last 38 days but serving alongside the Gurkhas will always be my proudest achievement.' 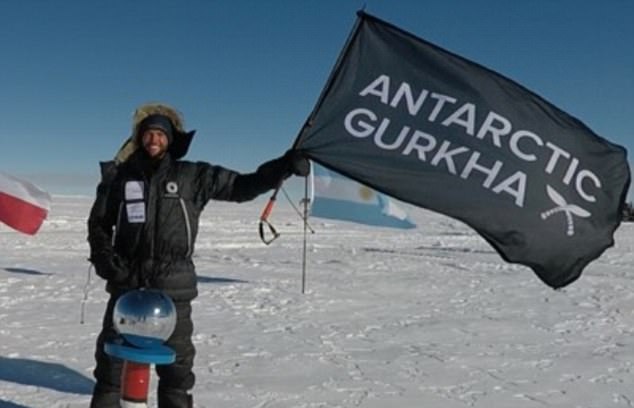 According to his blog the trip from Hercules Inlet to Earth's southernmost point, at just over 700 miles, was the equivalent in distance of walking from London to the Czech Republic.

The perils of the trek began almost straight away, with treacherous crevasse fields near Hercules Inlet, followed by the 'relentless winds' of the Antarctic plateau.

With the weight on his back Lt Sears felt like he was walking uphill all the way, he told the Daily Telegraph.

He said: 'It's been an amazing 5 weeks, very tough at times but it all feels worth it now. 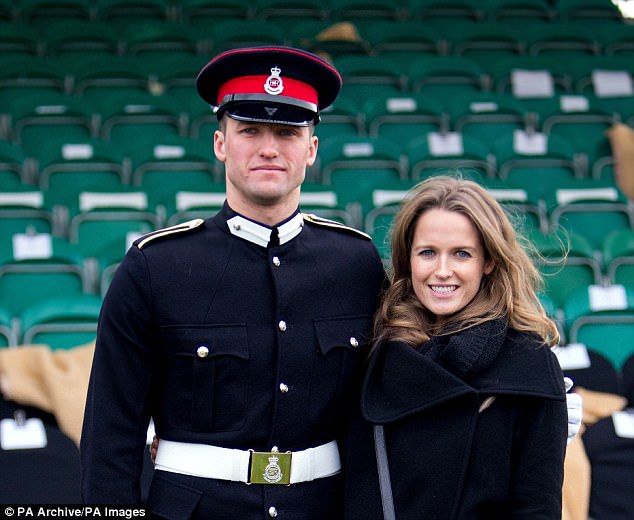 'I can't wait to have a shower and get some food in me. I've been dreaming about it since day 3!'

Arriving at the South Pole in 38 days, Lt Sears beat the record for youngest solo walker by two years.

Born in Lewes, East Sussex, he also said on his blog that he had once dreamed of being a tennis player himself, like his brother-in-law and his father Nigel Sears, but had chosen to join the Army instead.

The trip raised more than £30,000 for the Gurkha Welfare Trust, including funds for areas affected by a devastating earthquake in Nepal in 2015.

His extraordinary feat comes only weeks after British explorer Ben Saunders set off on a two-month trek to become the first person to walk solo across the whole Antarctic continent.

Mr Saunders, whose previous accomplishments include skiing solo to the North Pole, is still underway with 440 miles to go on his epic expedition.