The FTSE 100 has closed at a fresh record high on its first trading day after the Christmas break.

It is the second such record in nearly a week, having pushed above the 7,600 mark for the first time last Thursday to reach 7,603.98 points.

Stocks usually extend their gains in the final trading days of December in what is often referred to as a “Santa rally”.

The phenomenon has been chalked up to factors including lower trading volumes and bargain hunting ahead of an anticipated rise in stock prices at the start of January.

The FTSE 100’s European counterparts also ended the day higher, with the French Cac 40 and German Dax up around 0.1% and 0.2%, respectively.

Prices were being propped up by news of supply outages, including a blast that is expected to keep a Libyan pipeline out of action for at least a week. 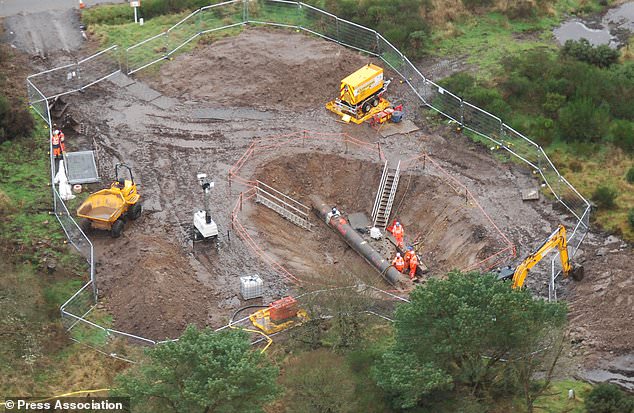 The Forties pipeline, which carries 40% of North Sea oil and gas, has partially reopened after a crack was repaired, but is not expected to fully reopen until the new year.

The pair said the changes – which were signed into law on December 22 and will see corporation tax in the US slashed from 35% to 21% – will affect profits as they have to recalculate the deferred tax assets built up on their balance sheets.

But both firms expect to benefit in the long run.

Premier Oil shares rose more than 3%, or 2.5p, to 78.75p after the company announced that it had drawn first oil from its Catcher Area project in the North Sea.

Shares in DFS edged higher by 0.25p to 198.75p amid news that the group struck a £1.2 million deal to buy a clutch of stores and assets from failed retailer Multiyork Furniture to boost its national chain and Sofa Workshop brand.

IWG surged 27% or 54.2p to 254.4p after the office space group confirmed it been approached by Brookfield Asset Management and Canadian private equity firm Onex over a possible takeover offer.

They now have until January 20 to put forward a firm offer for IWG.