By Graham Poll for the Daily Mail

Bobby Madley won’t like watching replays of the final goal after over-ruling his assistant referee to allow Bournemouth’s late equaliser.

As the ball was crossed into the Hammers area, Nathan Ake headed it back across goal towards Callum Wilson. The assistant referee raised his flag to indicate that Wilson was in an offside position and interfering with play.

They only do this once the player in an offside position has touched the ball, much to the annoyance of players and supporters. Therefore he felt sure that Wilson had touched the ball. 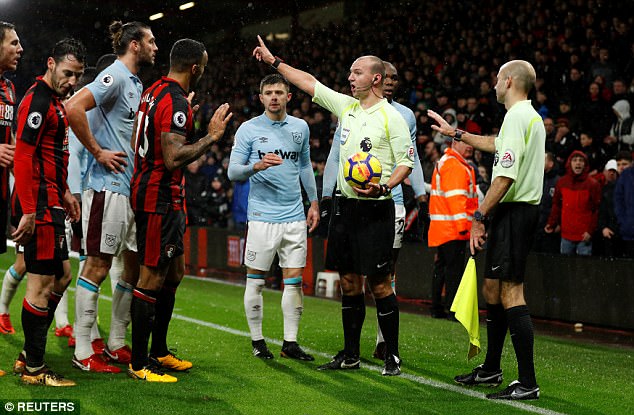 At first it looked like Wilson had headed and then handled the ball into the net, but replays indicated it was far more hand.

Irrespective of which part of the body he played it with, the goal should have been disallowed as Wilson was offside. The use of the hand merely rubbed salt into West Ham wounds. 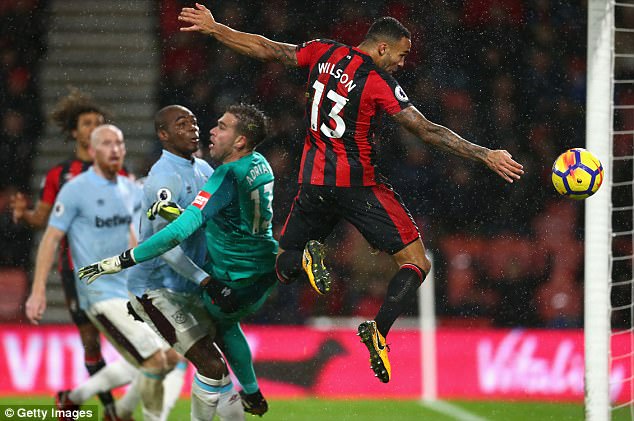 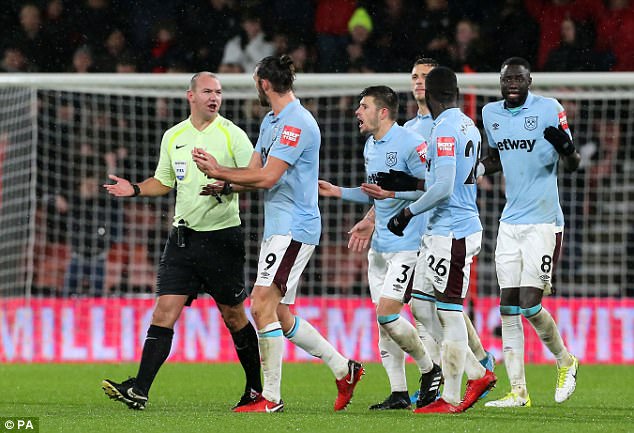 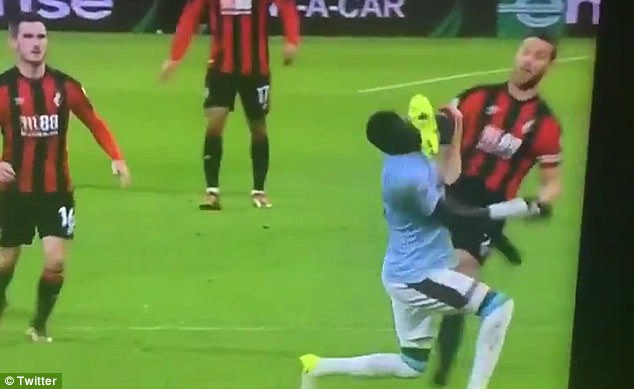 Video technology would have enabled West Ham to take all three points.

Earlier, Bournemouth benefited from Madley’s officiating when he chose to allow Simon Francis to escape with a yellow card when he kicked Cheikhou Kouyate in the head when challenging with his boot at head height.