NEW YORK (AP) – A lawyer accused of helping pharmaceutical entrepreneur Martin Shkreli cover up financial fraud was convicted on Wednesday, a result a prosecutor said should send a "powerful message" through the legal profession.

After an 11-week trial, Evan Greebel was convicted by a federal jury in Brooklyn of conspiring to commit securities fraud and wire fraud. His lawyer, Reed Brodsky, said they were "shocked by the verdict."

"We will continue to fight for justice for Evan Greebel and his family," Brodsky said by email. 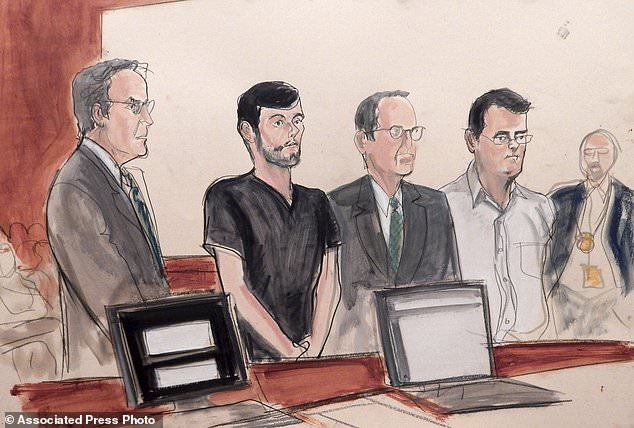 "Today's verdict sends a powerful message that this office, together with our law enforcement partners, will hold lawyers accountable when they use their legal expertise to facilitate the commission of crimes," Rohde said in a release.

"While it's become increasingly more evident that Greebel exploited his knowledge of the law in his efforts to break the law, today we finally see justice served in a case that's spent no shortage of its time in the spotlight," said Sweeney, the head of New York's FBI office.

Shkreli, dubbed Pharma Bro, is perhaps best known for boosting the price of a life-saving drug and for trolling his critics on social media. He was convicted in August in an unrelated securities fraud scheme involving two hedge funds he ran and is incarcerated while awaiting sentencing.

He had brashly predicted in livestreamed rants that he would never see the inside of a prison because of sentencing guidelines and that even if he did get prison time it would be just a few months at a minimum-security "Club Fed."

His online rantings about Hillary Clinton prompted a judge to revoke his bail and put him in a fortress-like federal jail that houses terrorism and mob suspects, the Metropolitan Detention Center, where his lawyer said in September he was in with the general population and was "doing reasonably well under very difficult circumstances."

Ferry gets stuck on sandbar with 27 people aboard off NYC