There is no shortage of love between A-list actor Mark Walhberg and his wife Rhea Durham.

The couple couldn't keep their hands off each other while spending yet another day on the beach in Barbados on Saturday.

Rhea was spotted in a sexy one-piece swimsuit while Walhberg sported a pair of blue patterned board shorts. 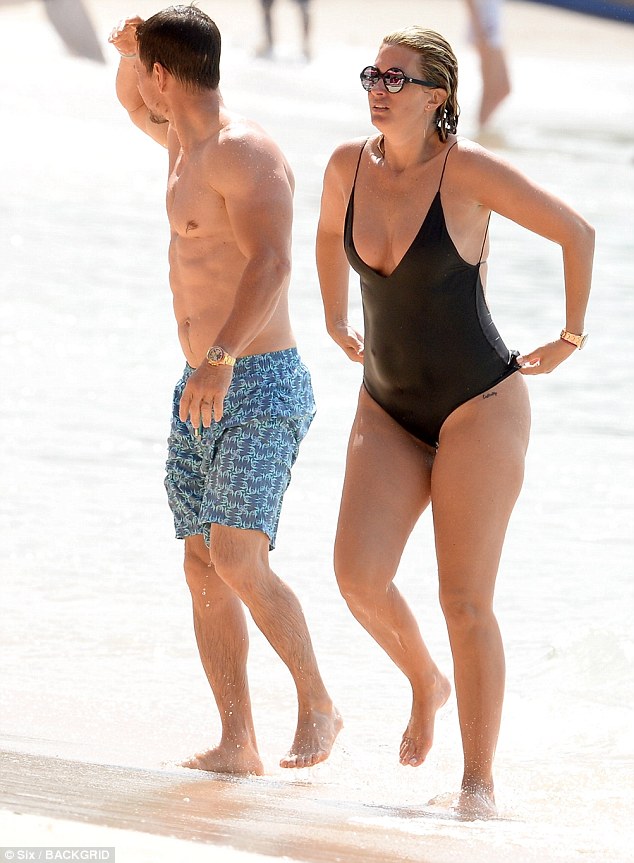 Winter break: Mark Wahlberg and Rhea Durham were spotted on the beach in Barbados 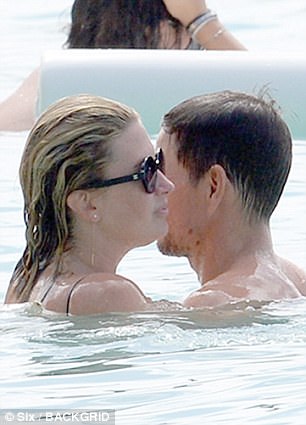 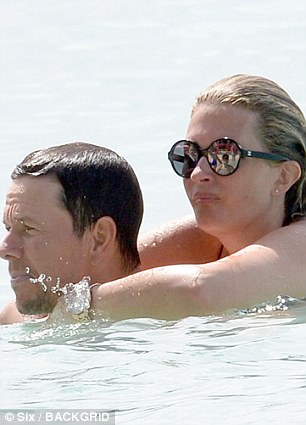 Love in the air: The couple looked smitten as they enjoyed the sand and surf

The mom-of-four wore a skimpy one-piece black swimsuit that showed off her 'Infinity' tattoo for a day of fun in the sun on Saturday.

She looked fashionable in a pair of round black shades and a gold aquatic watch.

Mark boasted six-pack abs as he walked the beach with his wife of eight years–both looking sun-kissed from several days of catching rays. 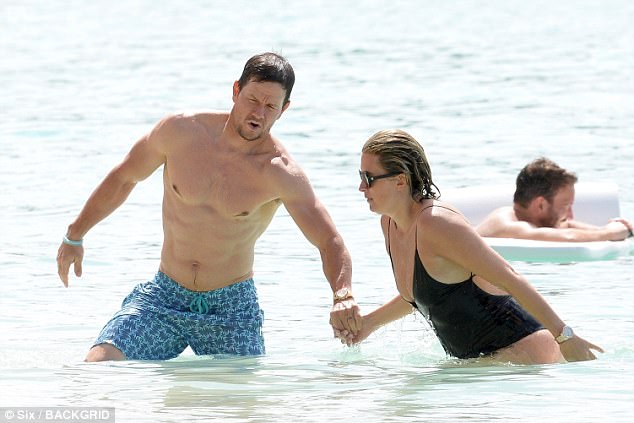 Together forever: The actor and his model wife have been married since 2009 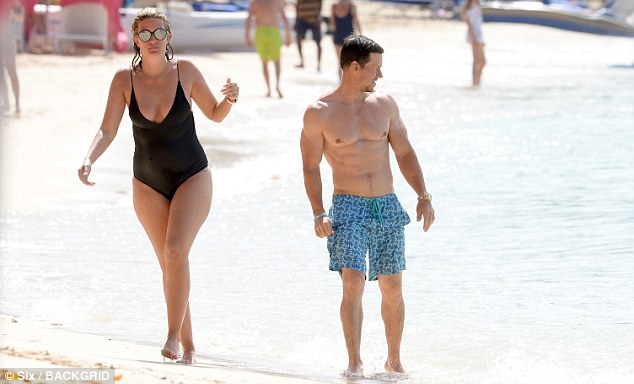 It was a family affair as Wahlberg was seen playing in the ocean with his kids and later hopping on a jet ski with his son.

The actor looked overjoyed to spending time with his little ones. 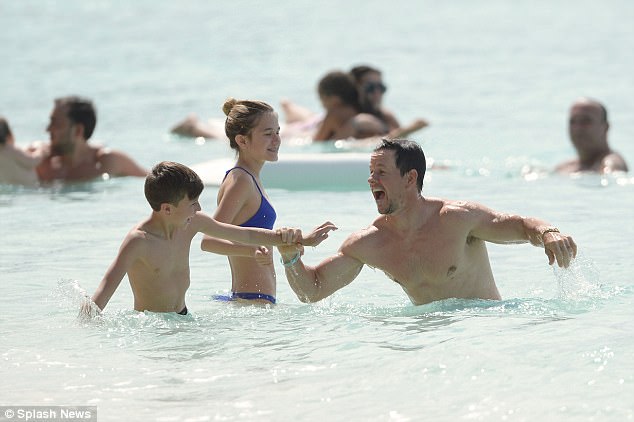 All smiles: The actor looked overjoyed to spending time with his little ones on Saturday 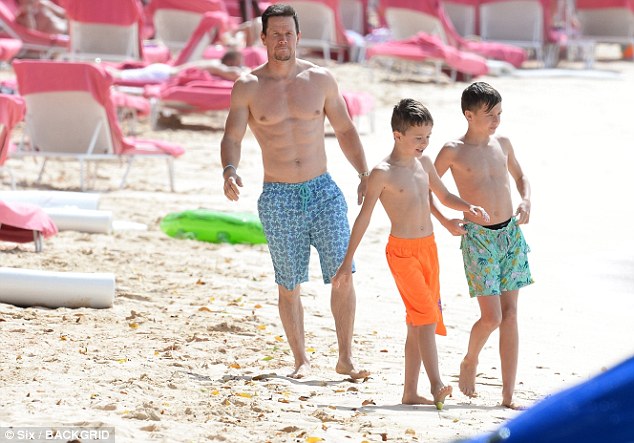 Mini me: The Daddy's Home star walked with his two sons down the beach 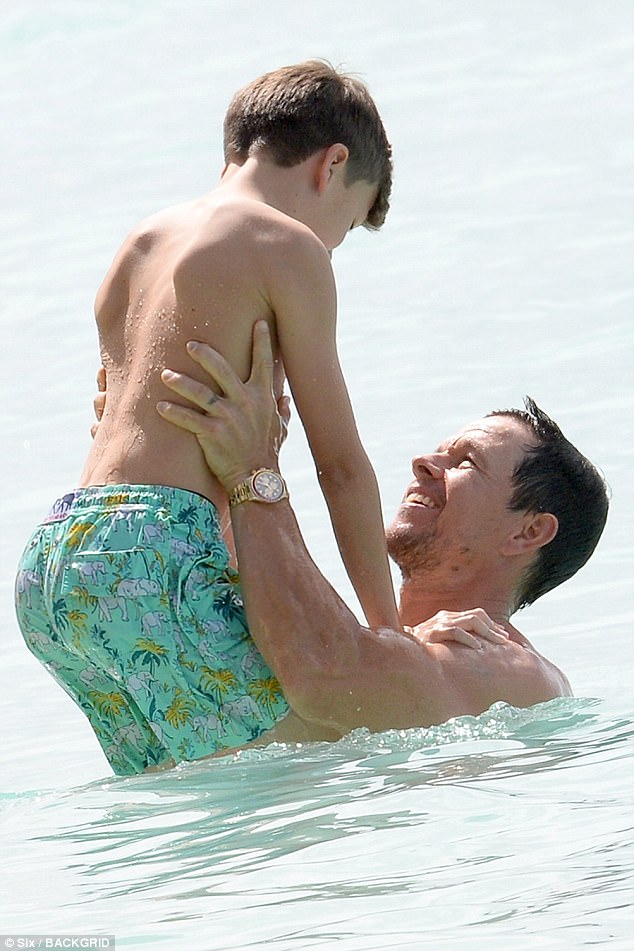 Rise up: 'I've always tried to find that balance of giving my kids the things I never had, but also making sure that they have an understanding of what it takes to go out and earn your own way in the world,' Mark said in an interview with Cover

In an interview with Cover, Mark talked about his parenting strategies.

'I've always tried to find that balance of giving my kids the things I never had, but also making sure that they have the same kind of drive and desire and appreciation and understanding of what it takes to go out and earn your own way in the world,' he said.

He goes on to talk about how he hopes they'll root their lives in prayer.

'My going to church and starting my whole day in prayer, hopefully those will be things that my kids will witness and be curious enough to explore why I get so much fulfillment and joy and love from that,' the dad explained. 'Hopefully that will be what brings them to following in my footsteps.' 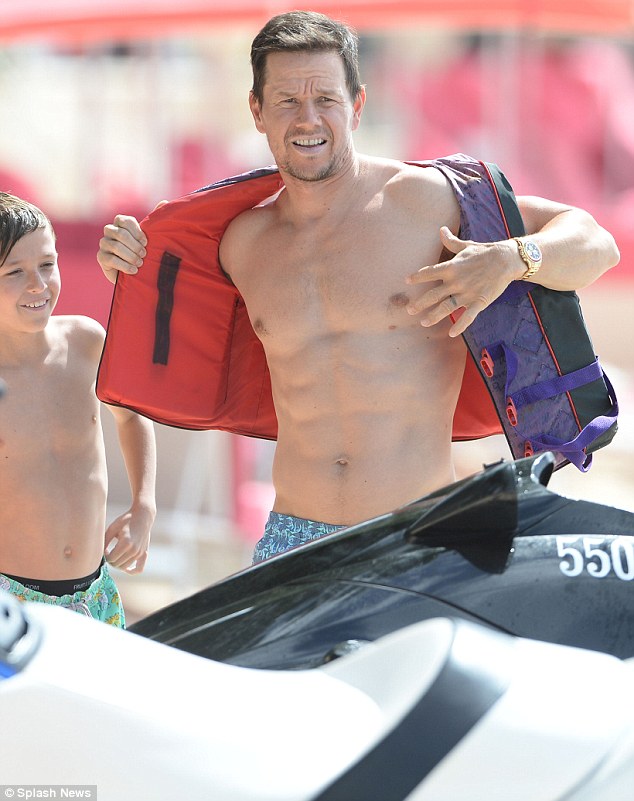 Hot bod: The dad-of-four strapped on a life jacket in preparation jet skiing 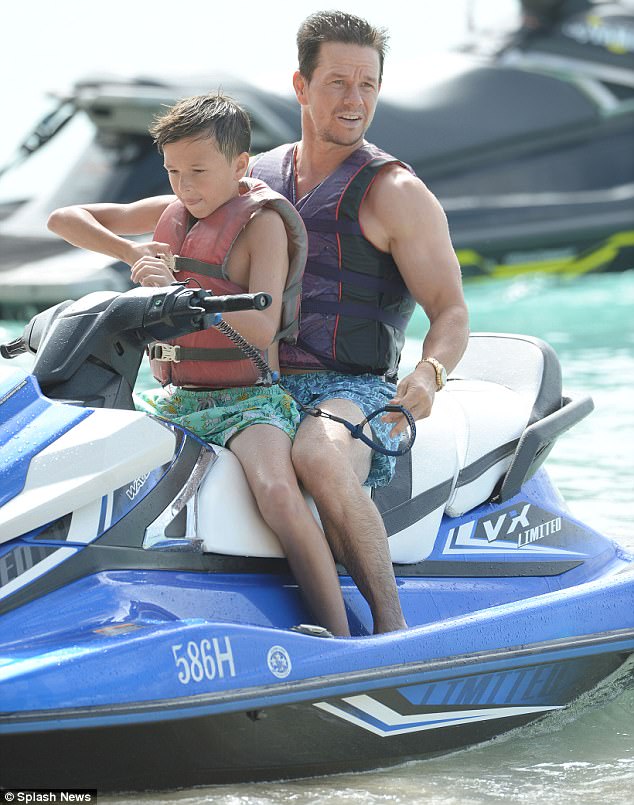 Need for speed: The Critics Choice Award winner zoomed across the surface of the ocean with his eldest son Michael