By Charlie Bayliss For Mailonline

Britain and Ireland could be battered by winds of up to 80 mph as Storm Dylan looks to welcome 2018 with a wet and windy beginning.

An amber wind weather warning has been issued by the Met Office for Northern Ireland, parts of southern and western Scotland for tomorrow morning and parts of the afternoon.

Weather experts have warned Britons there is the potential for 'injuries and danger to life from flying debris'.

Luckily most new year celebrations are expected to escape the worst of the weather, with wet and windier conditions expected earlier in the day. 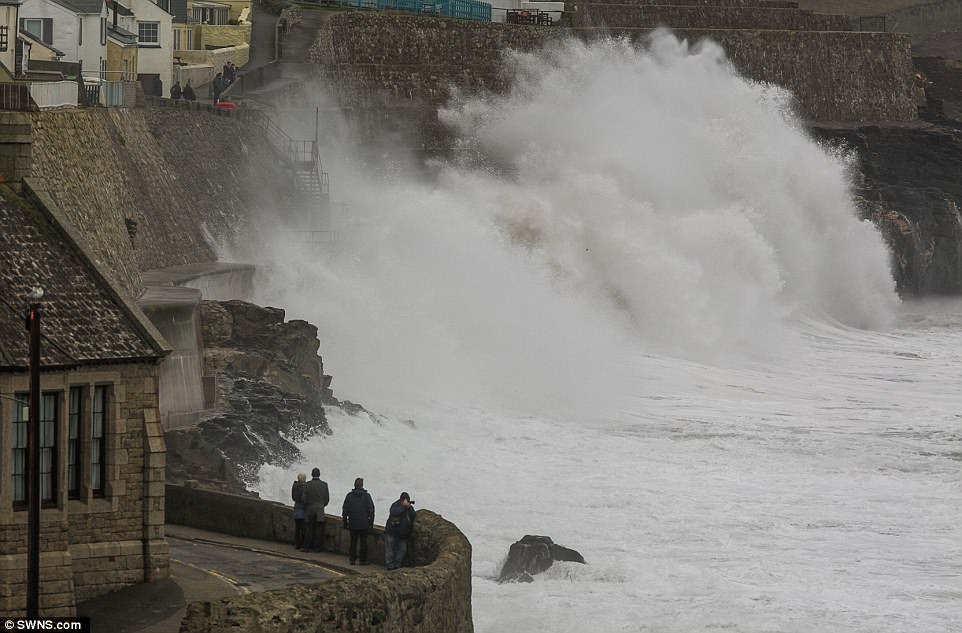 Despite a squally start, conditions are expected to ease by the time people head out to see in the new year (pictured: Portleven, Cornwall) 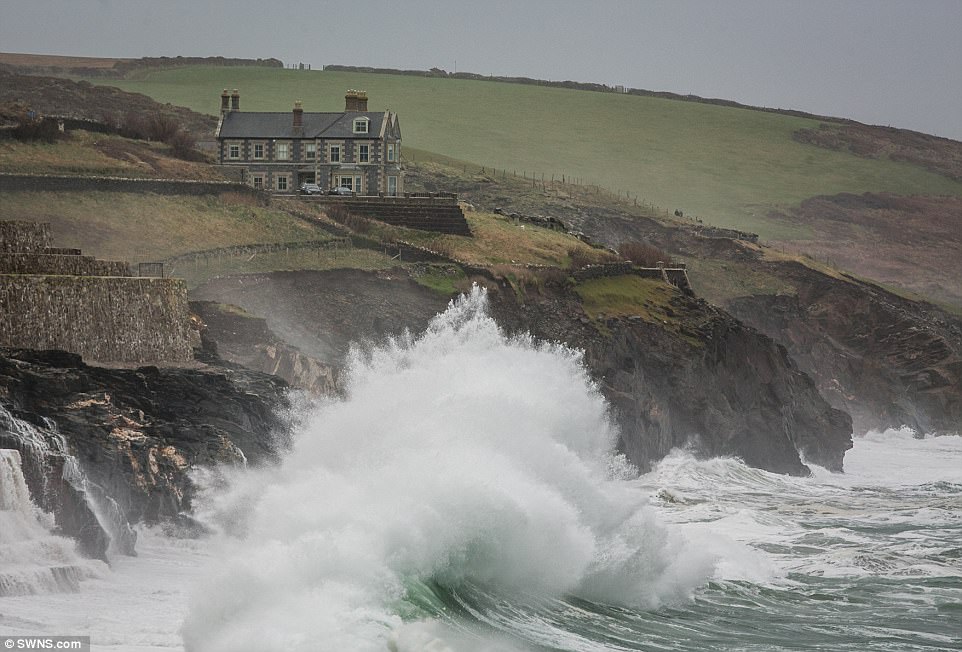 In Ireland there is an orange wind warning in place from Met Eireann for nine counties, with warnings of gusts reaching 78mph (125kph) from late on Saturday into Sunday morning. The Met Office warned of similar gusts hitting parts of the UK (pictured: Portleven, Cornwall)

Met Office chief Steve Ramsdale added: 'In many places, there is a good chance of dry weather for outdoor celebrations seeing in the new year.

'New Year's Day will feature wintry showers in the north and the unsettled weather looks likely to continue through the first week of January, with further bouts of wet and windy weather.

'In particular some very strong and gusty winds, together with thundery downpours, are likely on Wednesday and may cause some disruption.'

A orange wind warning has been issues in Ireland by Met Eireann for nine counties, with winds predicted to reach 78 mph.

The Met Office warning warned there would be similar gusts hitting northern parts of the UK. 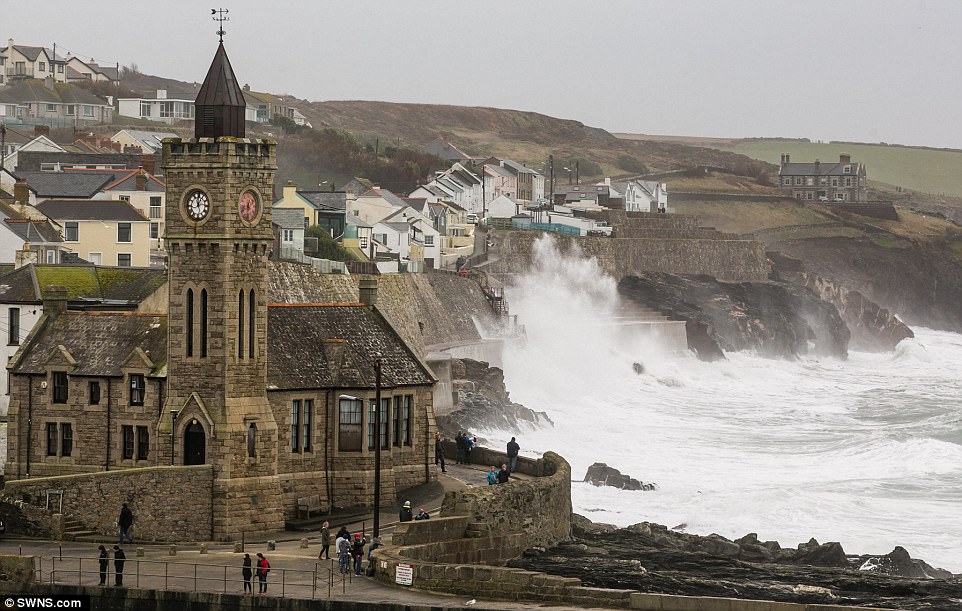 Heavy rain is expected in Wales and southern England as warm, wetter weather moves across the nation.

Mr Ramsdale added: 'While the strongest winds from Storm Dylan will be over the Republic of Ireland, very strong winds will also affect Northern Ireland, southern Scotland and northern England.

'Travel disruption is likely, as well as power cuts and the chance of tiles being blown off roofs.

'Large waves and coastal debris may also be another hazard in coastal districts.'

Heavy snow, rain, thunderstorms and wind caused severe disruption across the UK on Friday, although there were much milder weather on Saturday. 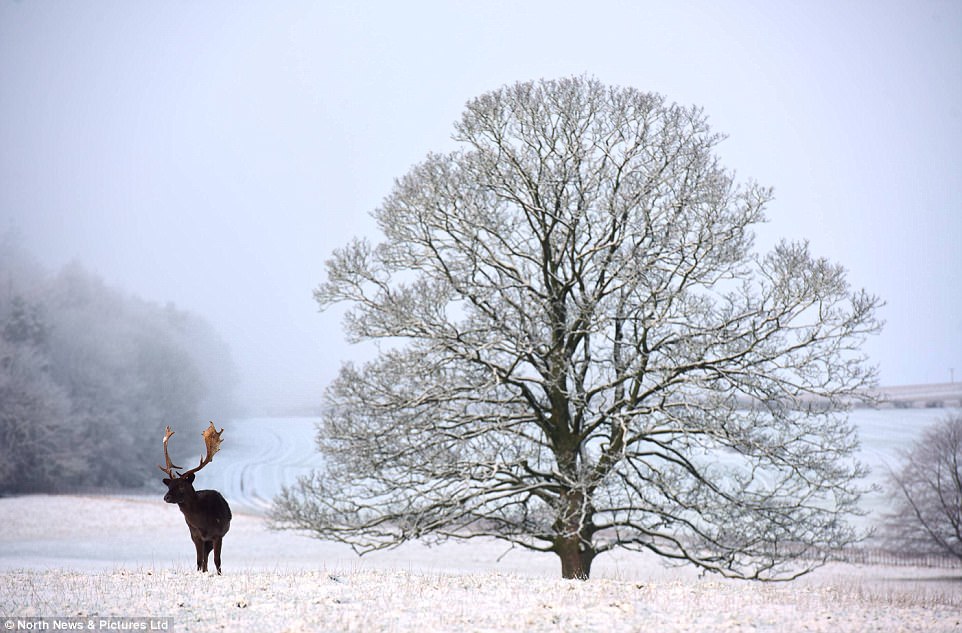 Fallow deer roam in the 200-acre grounds of Raby Castle in County Durham on Saturday morning. Heavy rain is expected in Wales and southern England as warm, wetter weather moves across the nation on Sunday 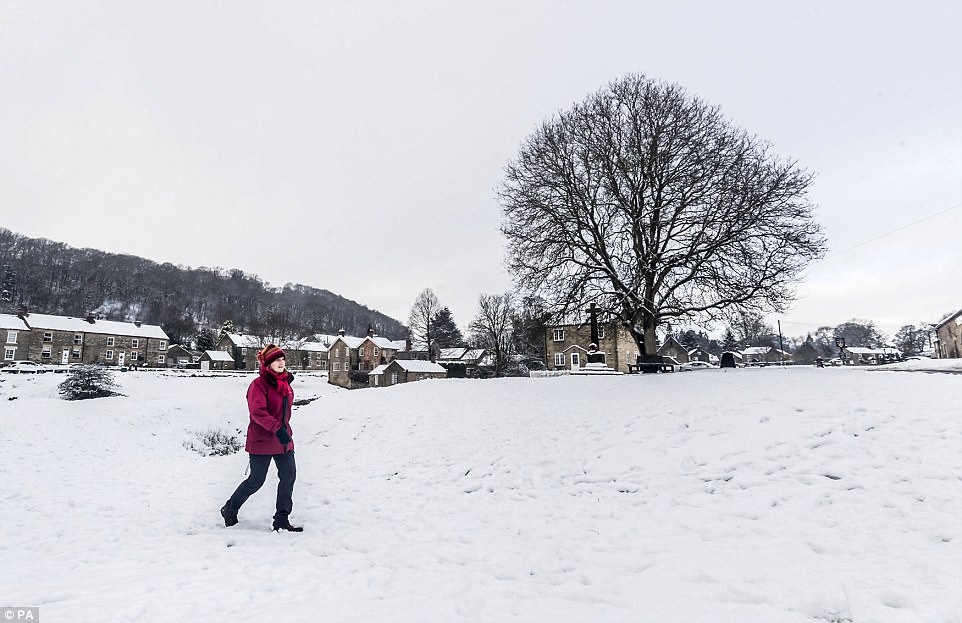 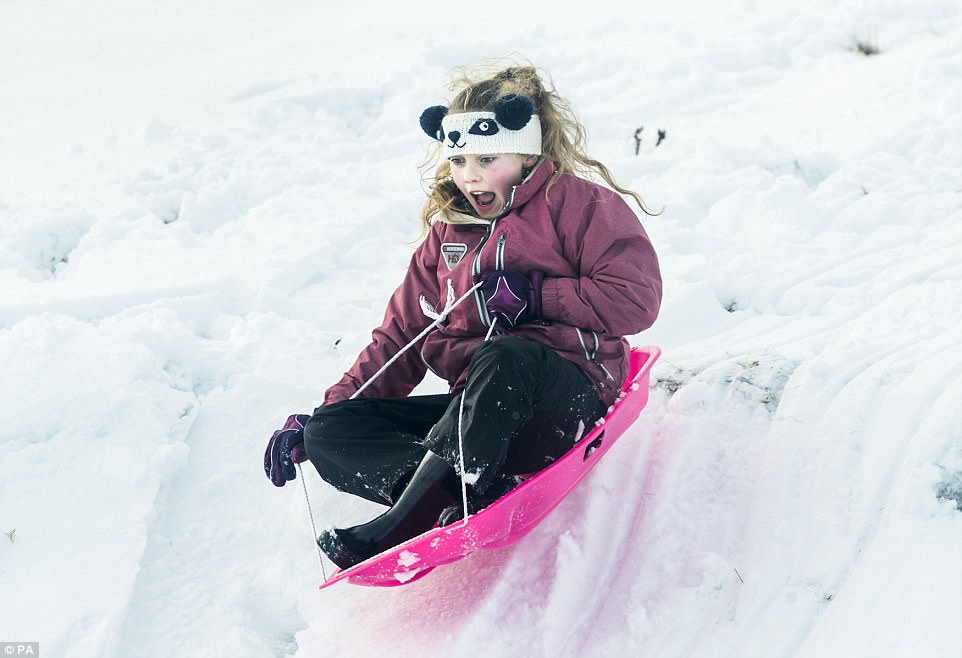 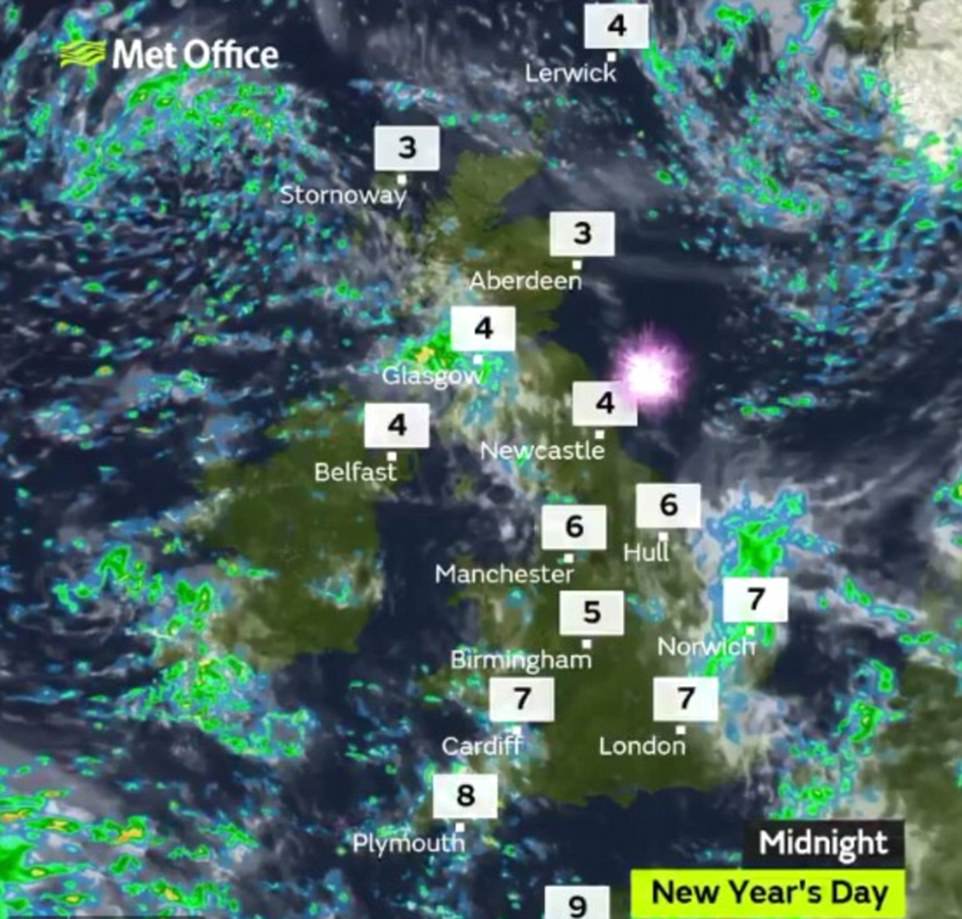 By midnight it is expected that temperatures across the UK will be quite mild. Organisers at Edinburgh's Hogmanay event said they expected the event to run without any complications

Organisers at Edinburgh's Hogmanay event said they expected the event to run without any complications.

A spokesman said: 'Edinburgh's Hogmanay is, as always, in constant contact with the Met Office, receiving regular forecast updates specific to Edinburgh.

'Forecasters are predicting that Storm Dylan will hit Scotland's central belt between midnight and 3pm on December 31, happening after the torchlight procession on December 30 and passing before the Hogmanay celebrations on December 31.'

The post Britain gears up for a wet and windy end to 2017 appeared first on News Wire Now.

Revelers warned to wear thermals in New York on NYE

Most annoying celebrity posts of 2017 revealed