By Lara Keay For Mailonline

WhatsApp users across the country were unable to send New Year's messages to their friends and family after the messaging app crashed.

According to Down Detector's outage map the technical difficulties affected millions of people across Europe, India, Malaysia, the US, Brazil, Japan, Panama, South Africa and Qatar.

In the UK the website claimed users were unable to send messages since 6.42pm, but the service returned just before 8pm.

With just hours to go until Britain sees in the New Year, people took to social media panicked the crash would affect their 2018 celebrations. 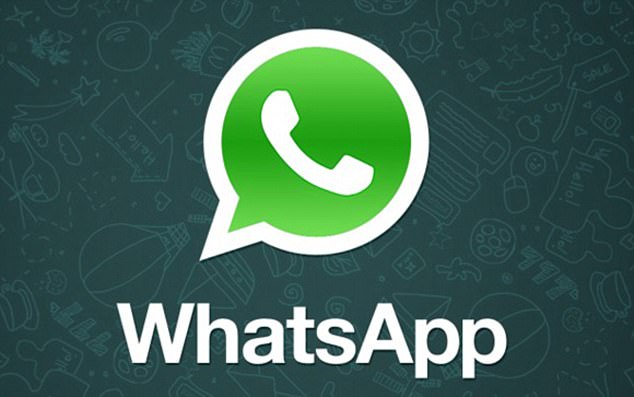 WhatsApp went down, leaving millions across the globe unable to send messages to loved ones 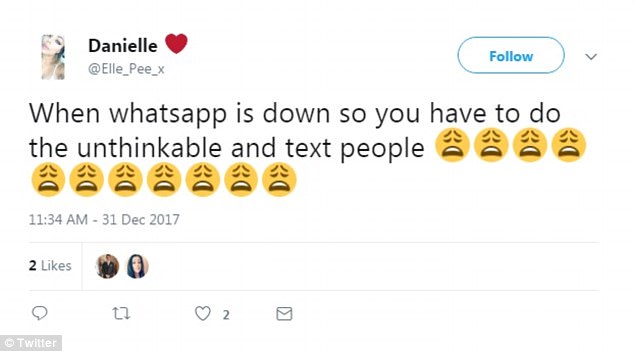 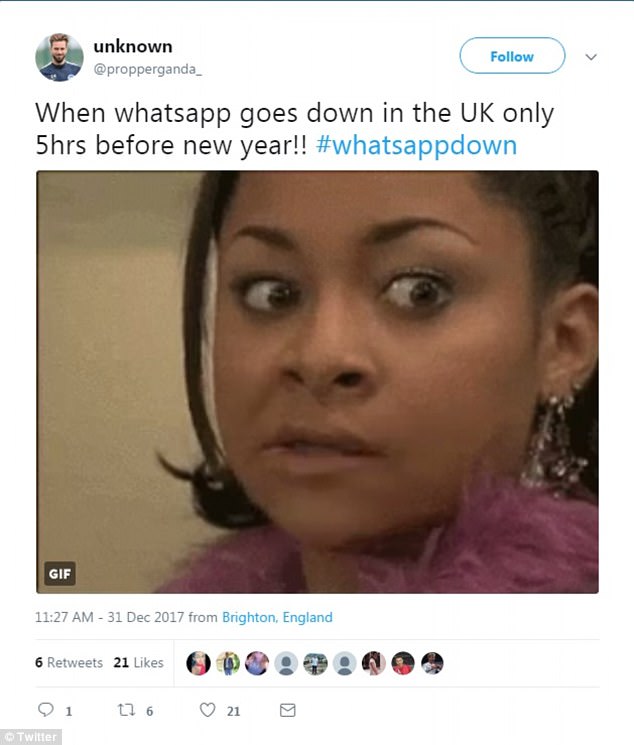 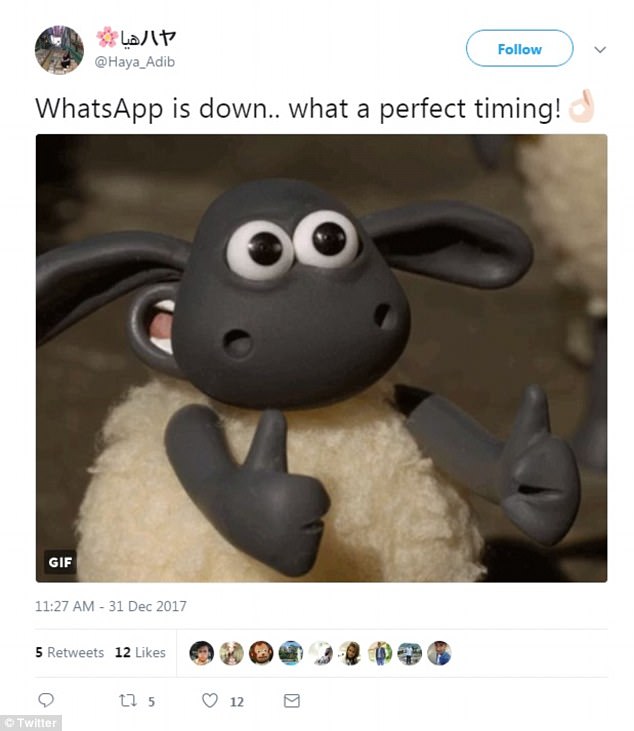 One user wrote: 'Whatsapp not working in the uk!!! what's going on?'

Another said: 'Anyone else experiencing a whatsapp crash? i guess too many new year messages.'

Posting on Twitter another commented: 'Hello whatsapp is the only app on my phone rn and it's not working happy new year.'

The messaging app, owned by Facebook, has not yet commented on the outage.

It comes days after the tech giant announced it would no longer function on some operating systems.

If you are using a Blackberry OS, Blackberry 10, Windows Phone 8.0 operating system or older you will be unable to use the app as soon as January 1 chimes in,

Support for the Nokia S40 will also stop after December 31 next year, while Android versions 2.3.7 and older will cease to function from February 1, 2020. 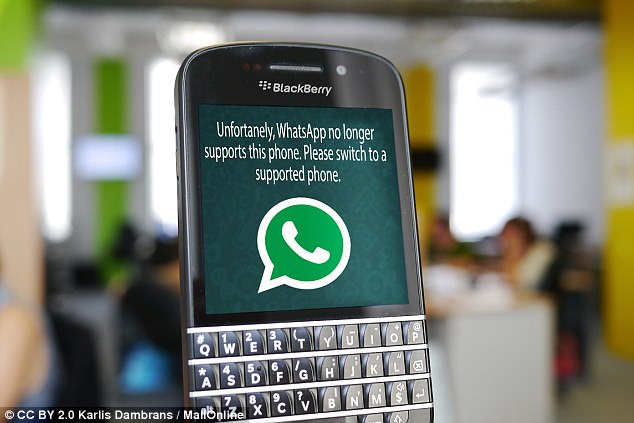 The outage comes days after the tech giant announced it would no longer function on some operating systems after December 31, including Blackberry and Windows phones

Auckland kicks off New Year celebrations to ring in 2018

Revelers warned to wear thermals in New York on NYE