By Layth Yousif For Mailonline

The first Championship matches of 2018 took place on Monday with the pick of the action at Deepdale where Preston hosted Tony Pulis' Middlesbrough.

Boro eventually won an entertaining game 3-2 after Daniel Ayala put Middlesbrough ahead in Pulis' second match in charge on 13 minutes.

But in a lively opening Callum Robinson headed in an equaliser 60 seconds later before Jordan Hugill nodded home five minutes before the break to make it 2-1 to North End. 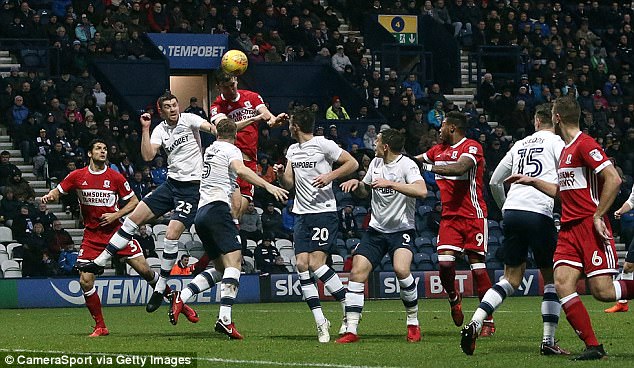 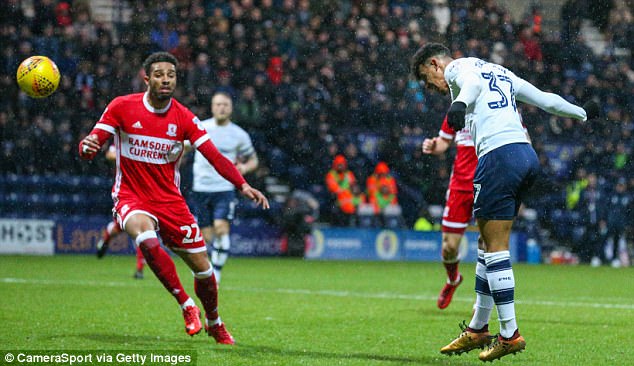 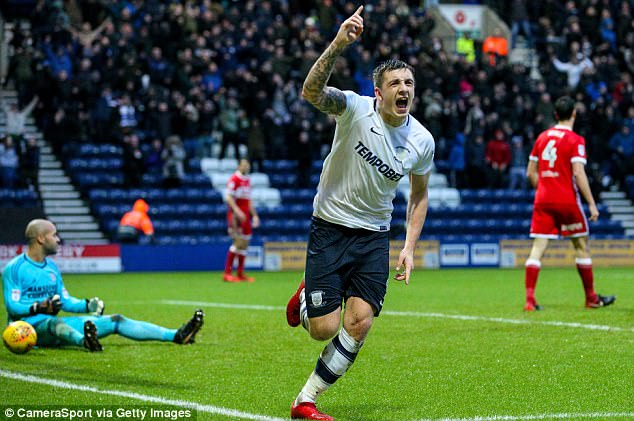 Jonny Howson drew Boro level with 25 minutes remaining with a right-footed drive from outside the box before Ayala grabbed his second to make it 3-2 to Pulis' side with 17 minutes left to take three points back to Teeside.

Former Norwich City forward Steve Morison grabbed a goal for visitors Millwall at Carrow Road a minute before half-time before Tom Trybull's header levelled for the Canaries early in the second half.

James Maddison then made the scoreline 2-1 to Norwich with nine minutes left. 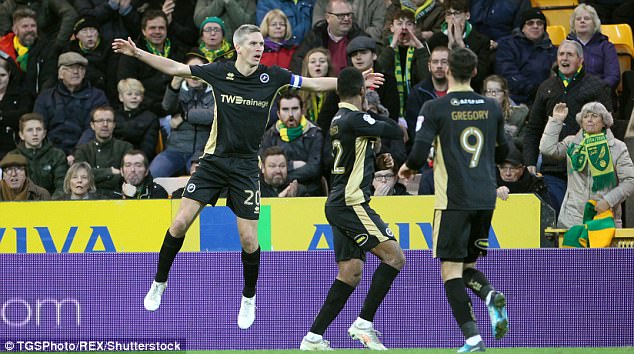 Millwall's Steve Morison, and former Canary, celebrates after putting them 1-0 up at Norwich 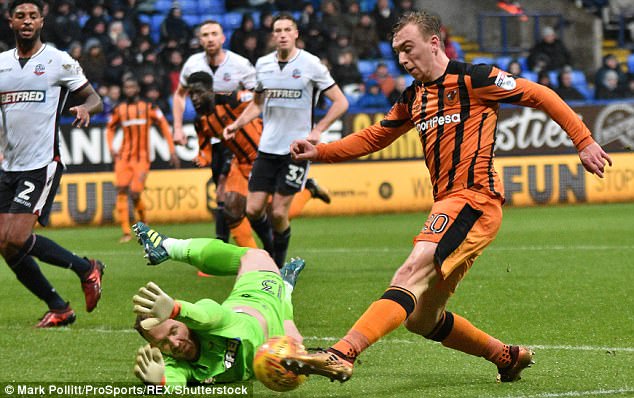 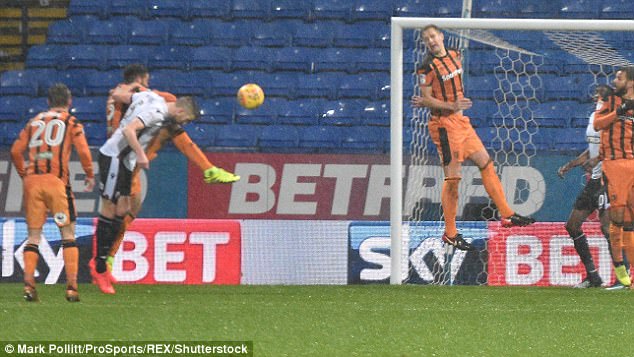 Bolton went 1-0 up with a Gary Madine goal. Pictured Mark Bevers heads toward the Hull goal

A goal from Gary Madine gave Bolton three points against Hull City through a free-kick on 20 minutes.

Barnsley's Ethan Pinnock close-range header was also the only goal of the game as he put the visitors 1-0 ahead two minutes after the interval at Chris Coleman's Sunderland.

The Brewers went 2-0 up five minutes into the second half through another left-footed strike, this time from Lloyd Dyer, before they eventual triumphed 3-0 at Hillsborough through a Tom Naylor goal with three minutes left.