Like what everybody was yelling about after Manu Ginobili sank an overthrown pass for a 3-pointer, for example.

He was just as fooled initially as the referees and didn't realize the ball had gone in the basket, the most bizarre bucket of San Antonio's 100-91 victory over the New York Knicks on Tuesday night. 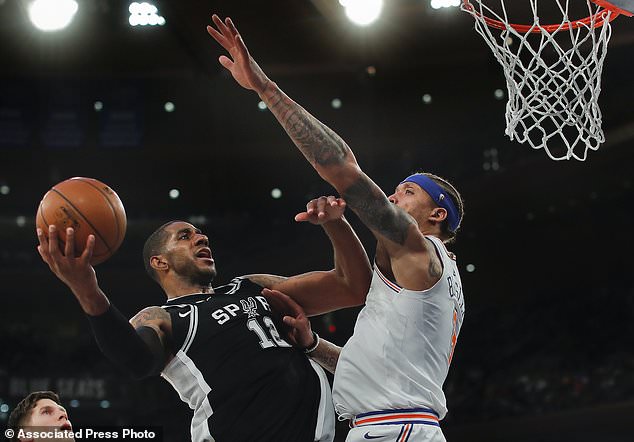 "I did not, in all honestly. I did not," Popovich said. "Then everybody started grabbing me and saying the ball went in. I said, 'Yeah, the ball went in!' I acted like I knew what was going on."

He almost always does.

Popovich earned his 1,176th victory, all with the Spurs. The five-time champion broke a tie with his friend George Karl.

LaMarcus Aldridge scored 29 points and Kawhi Leonard had a season-high 25 for the Spurs. Ginobili finished with 12 points – three of them coming on what appeared to be a pass that went into the basket without everyone noticing.

"He makes magic happen," Aldridge said. "He's the only 40-year-old that can make plays like he does every night."

The Spurs beat the Knicks for the second time in six days and won for the fourth time in five games. They beat New York 119-107 on Dec. 28.

Michael Beasley had 18 points for the Knicks, who were playing one of just four home games this month. They play 12 times on the road.

Kristaps Porzingis shot just 5 for 19 and was one of three Knicks to finish with 13 points.

The Knicks led 29-25 after one quarter but couldn't break 20 points in either of the next two. The Spurs began to pull away midway through the third, which ended with confusion.

Ginobili, the Argentine veteran who got some loud cheers as he often does while playing in New York, appeared to be attempting a lob pass from beyond the 3-point line to Aldridge, but the pass went over his head. Beasley grabbed it and began dribbling up the court as Ginobili and other Spurs waved frantically to the officials that the ball had actually gone into the basket.

"It went so clean that nobody saw it and I went crazy because once you make a shot like that, you want it to count," Ginobili said. "So yeah, it was very awkward, but common sense, I guess. The refs reviewed it and we got it."

Referees eventually credited the basket to Ginobili – but only for two points. The basket was reviewed after the quarter ended and counted as a 3-pointer, giving San Antonio an 81-67 lead.

Leonard played 30 minutes for the first time this season. It was just his seventh game after his return from a quadriceps injury. He shot 8 for 20 and grabbed eight rebounds.

"I felt good," he said. "Still got a little bit of ways to go as far as my conditioning, legs, just the whole rhythm of the game, figuring out things."

Spurs: Leonard missed his first five 3-point attempts, and then made his final three. … Danny Green, who has battled a left groin injury, didn't play in the second half and Popovich indicated he may be shut down to rest.

Knicks: G Ron Baker missed the game because of a broken left orbital bone sustained when he was hit in the face trying to stop Anthony Davis' drive to the basket in New York's victory at New Orleans on Saturday. Coach Jeff Hornacek said Baker took part in the non-contact portion of practice Monday but the mask he was fitted for to wear in games wasn't available yet.

The calendar has changed but the Spurs rarely do. Tim Duncan is gone, but Ginobili (40) and Tony Parker (35) are still around in 2018.

"I still miss Timmy and Manu will go at some point, maybe in the next five, six years," Popovich joked. "Tony, he thinks he's going to play for 10 more. Those contracts are pretty good."

Popovich didn't want Parker after the Frenchman's first workout as a teenager.

He agreed to give Parker another workout and came away impressed by his toughness.

"If you have time to go through all that, I guess you learn a little bit and it might help you take a chance on someone," Popovich said. 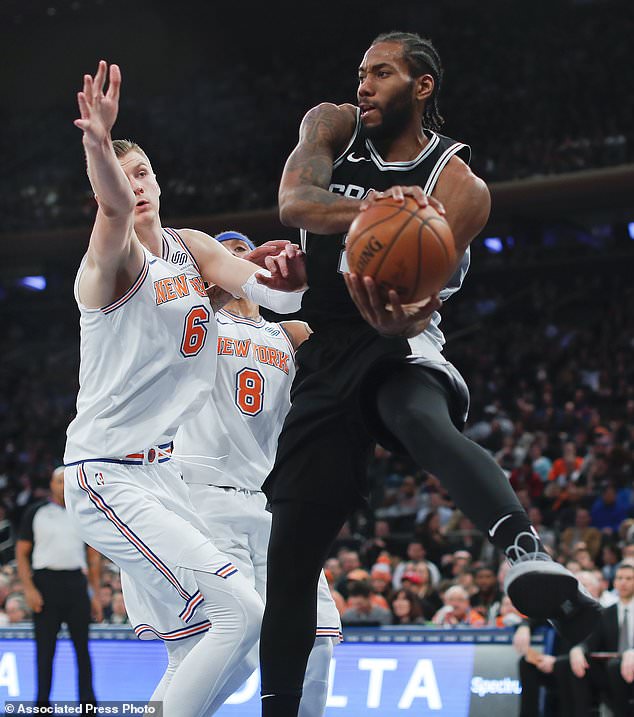 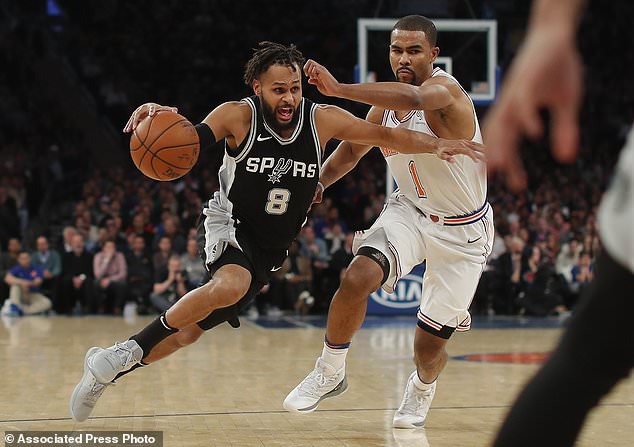 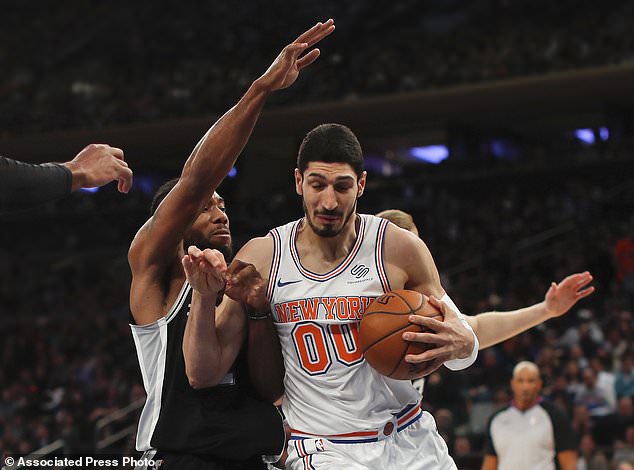 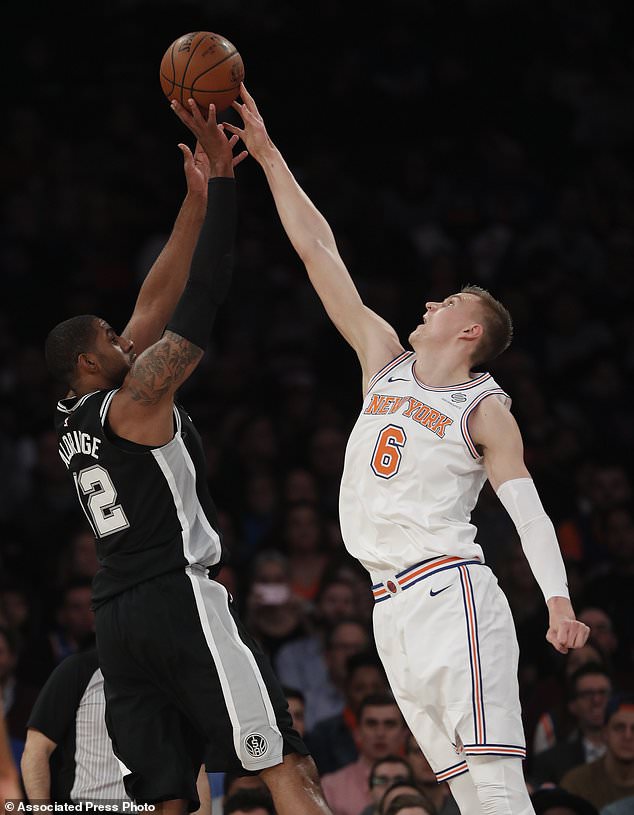