By Alex Matthews For Mailonline

ITV News At 10 was forced off the air this evening due to a fire alarm.

Staff were evacuated from the studios this evening midway through the broadcast.

Presenter Tom Bradby told viewers: 'Ok, as you can probably tell we have a fire alarm.

'We're not quite sure what to do about it, but we think we're going to have to evacuate. 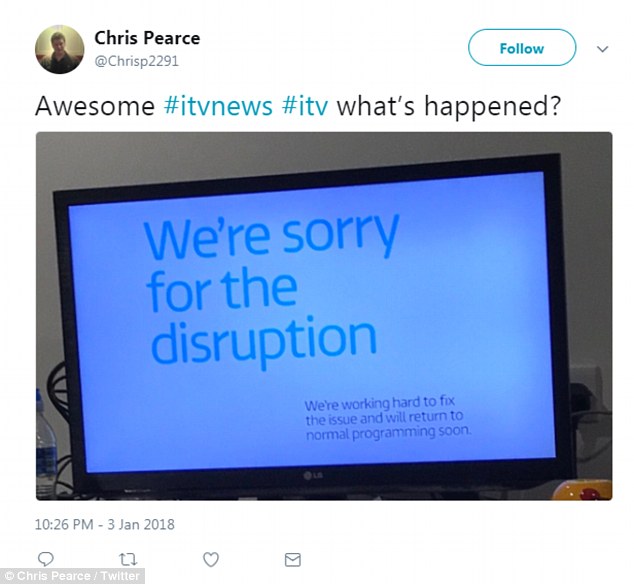 'Unfortunately these things happen and we have no choice.

'We'll try and bring you the rest of the news if we can.'

Viewers tweeted pictures of their TV screens with a holding message from ITV that said 'We're sorry for the disruption.'

The channel promised to fix the issue and 'return to normal programming soon'.

The problem only lasted a few minutes, with the channel resuming shortly after.

Sofia Richie goes casual as she grabs some frozen yogurt