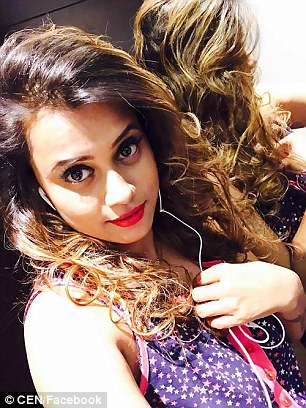 Jyoti Surjeet Singh, a bar dancer and part-time model from Mumbai, was allegedly beheaded by her lover Pritesh Patel

A married man allegedly sliced off his lover's head with a sickle because he thought she had another boyfriend.

Police have arrested Pritesh Patel, 30, over the death of Jyoti Surjeet Singh, a bar dancer and part-time model from Mumbai in the western Indian state of Maharashtra.

The murder is alleged to have taken place at Patel's farm in the village of Timba near the city of Surat in the western Indian state of Gujarat.

Although already married, Patel developed a relationship with Singh after visiting dance bars where she worked in Mumbai.

She reportedly visited him in Timba and celebrated his birthday with him on December 27.

A police statement said that the pair travelled to Mumbai on December 28, to ring in the New Year before returning to Timba on January 1.

The next day, the victim went to Patel's farm with her driver Sandeep Singh and his wife.

Patel (left) is said to have used a sickle in a gruesome attack on Ms Singh (right). The alleged incident was reportedly sparked by a row over Ms Singh's boyfriend

While there, Patel pulled his lover to one side and they became embroiled in a jealous argument, it is alleged.

Local media reported that Patel chopped off his lover's head using a sickle and fled the scene.

Sandeep Singh and his wife also ran away, fearing that Patel would return to attack them. They went straight to police to report the crime.

During questioning, Patel told police that he had spent a lot of money on his mistress and that he suspected her of having a relationship with another man.

It was reported that Patel's relationship with his wife also became strained during his affair with the victim.

It was not clear whether he confessed or what stage police investigations were at. 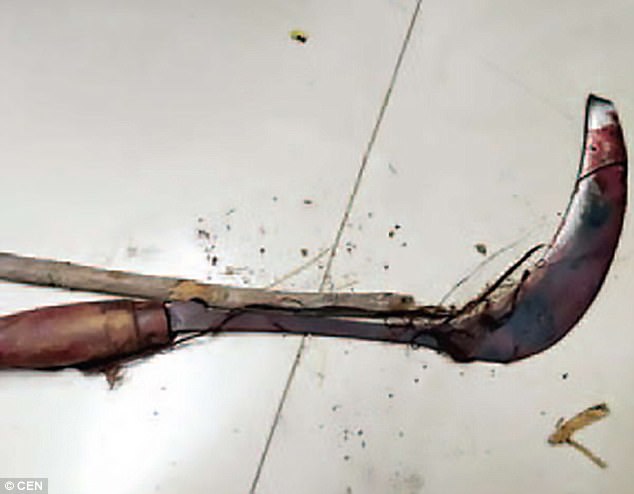 This is the sickle allegedly used to murder Jyoti Surjeet Singh, a bar dancer and part-time model from Mumbai in the western Indian state of Maharashtra 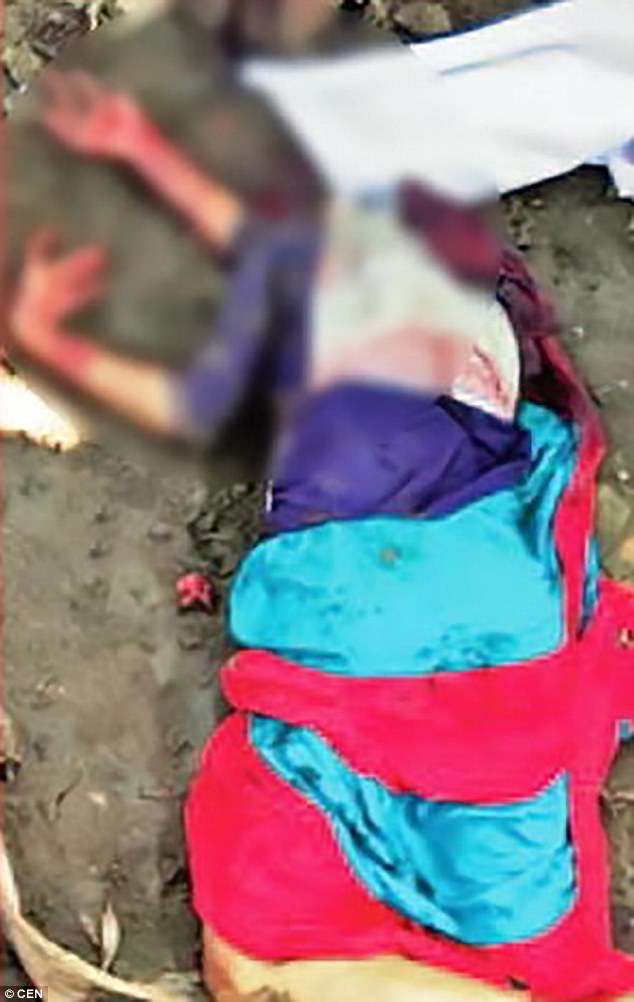 Pictured: Ms Sing's butchered body. According to reports, Patel told police that he had spent a lot of money on his mistress and that he suspected her of having an affair

US soldier killed fighting in Afghanistan is identified