She just spent the New Year's holiday in Aspen with Scott Disick.

But by Tuesday Sofia Richie was back in Calabasas, California, looking fresh as a daisy.

The aspiring model was seen grabbing a light snack as she joined a female friend at a frozen yogurt shop. 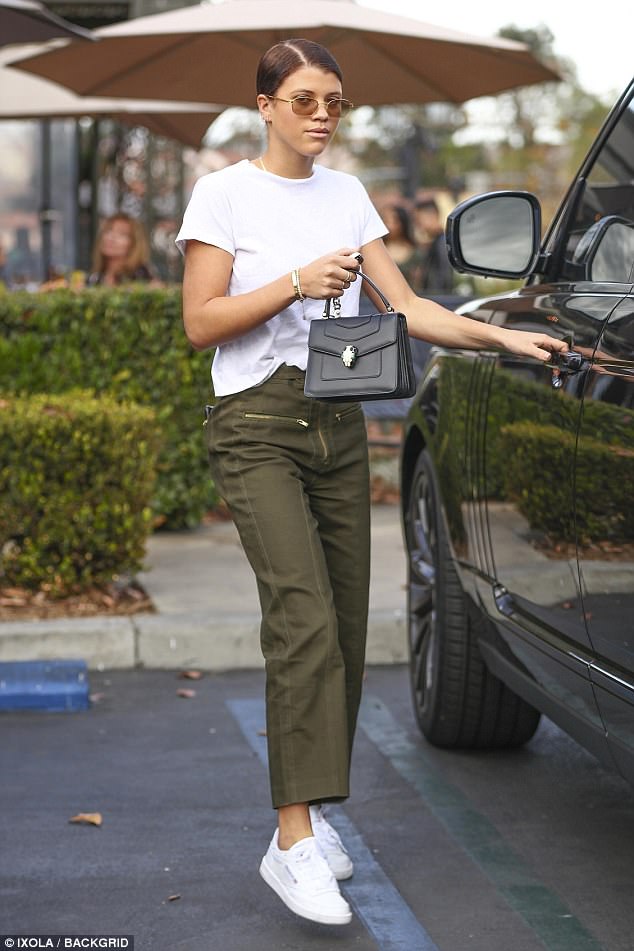 She already home! Sofia Richie was back in Calabasas, California, on Tuesday looking fresh as a daisy after a trip to Aspen

Pulling her hair back in a neat ponytail, she carried a small handbag while draping a white T-shirt over her slender frame.

The daughter of Lionel Richie was also seen getting into the drivers seat of her car after her quick meet up. 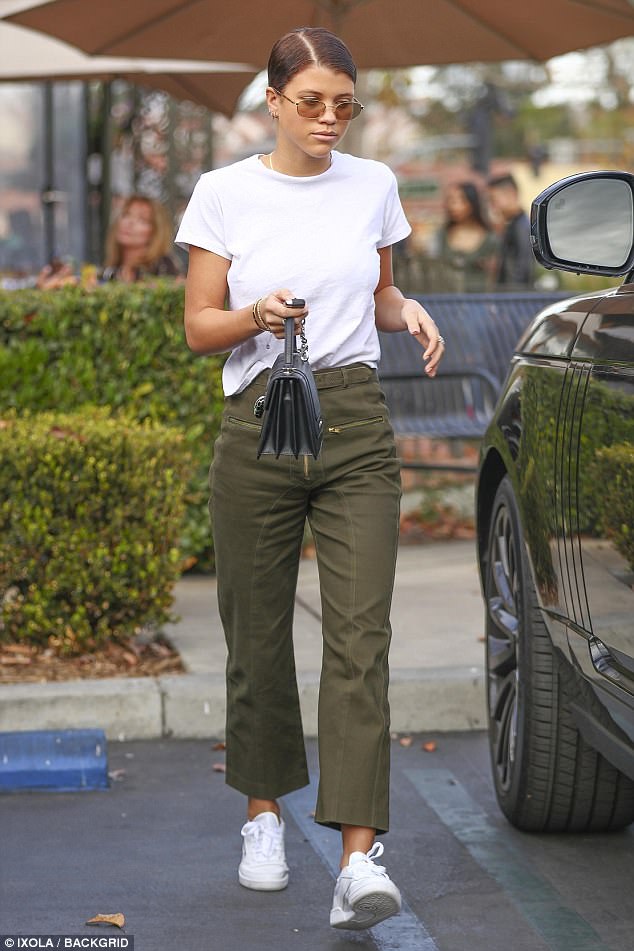 Refueling: The aspiring model was seen grabbing a light snack as she joined a female friend at a frozen yogurt shop

Luxe up your look with Sofia's Bulgari bag

The Bulgari Serpenti Forever Bag is fast becoming a hit in the celeb world. We've spotted everyone from Mischa Barton to Gigi Hadid to Miranda Kerr carrying around this luxe number and with good reason.

Sofia Richie is the latest celeb to be spotted carrying this luxe mini tote. She's been spotted wearing this piece of arm candy on numerous occasions– paring it with dressier evening ensemble to casual, off-duty daytime looks.

This shoulder stunner is instantly recognizable thanks to the signature snake-head clasp that adorns the front flap. Just big enough to carry all of your essentials, it seamlessly transitions from day to night so it's well worth the $2800 splurge (click right to buy it now).

And if you're not quite set on this exact style, check out the alternatives below from Valextra, Nanette Lepore and more.

* PRICES MAY NOT BE AS ADVERTISED…NOW GET ONE LIKE SOFIA'S

Sofia and and her older beau Scott, 34, arrived over the weekend in Colorado via a private plane.

The young lady made sure to document the trip on her social media, sharing images of her and her man on the airfield.

The duo went public with their romance in September, although they were linked as far back as May.

They have been spotted together in Miami, Puerto Vallarta, Milan and Venice, Italy and Los Cabos since going public with their relationship. 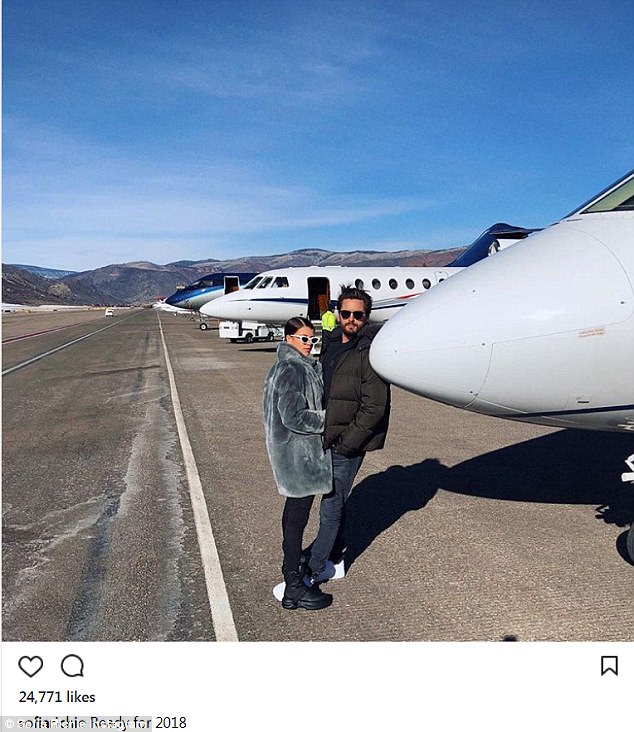 What a couple: They took to social media on Friday to reveal they were headed skiing 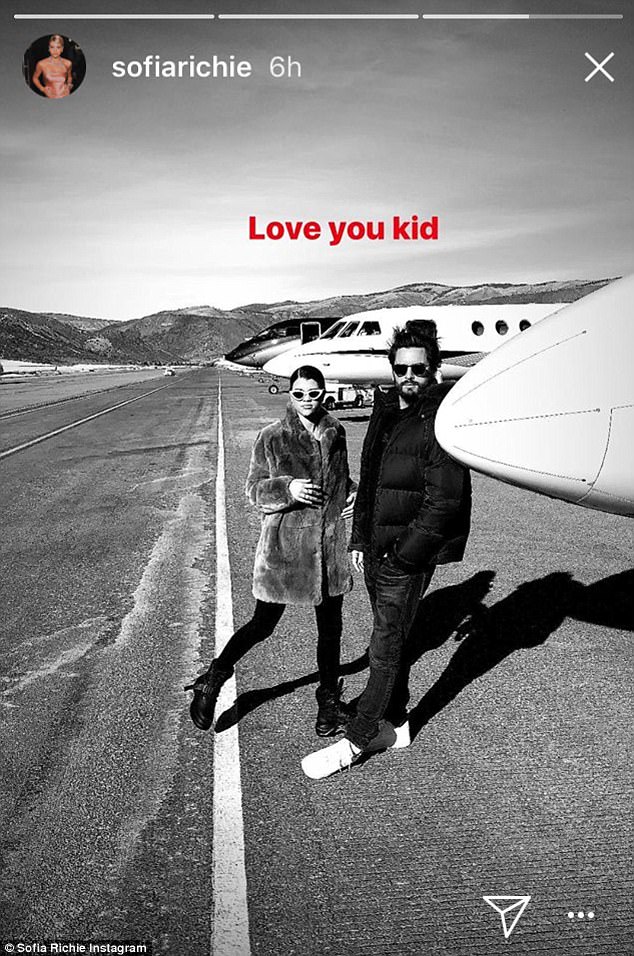 They're inseparable: The lovebirds posed for another shot, which she captioned: 'Love you kid'

US soldier killed fighting in Afghanistan is identified