She entered the Celebrity Big Brother house on Tuesday, as part of its initial all-female line up.

And transgender India Willoughby has been more than open during her first 24 hours about discussing her journey from a man to a woman.

As a result, her fellow housemates have felt more than happy to ask her bold questions – the latest coming from Rachel Johnson, who has asked to see her breasts. 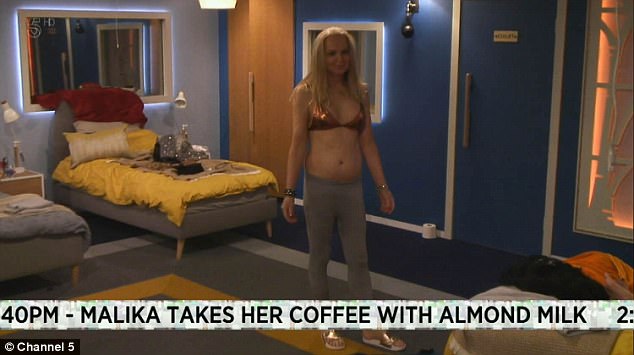 'Can I see your t*ts?' Rachel Johnson boldly asks transgender India Willoughby to flash her assets… and she happily obliges

The 52-year-old former editor of The Lady and sister of e Foreign Secretary Boris Johnson, is seen in a clip of the next episode brazenly asking India 'can I see your t*ts?'

In the bedroom at the time, the clip also features Amanda Barrie, 82, who chimes in 'I nearly said that, can I see your t*ts', clearly as intrigued as Rachel.

India, 52, is more than happy to oblige, taking her sweater off without hesitation and showing off her assets. 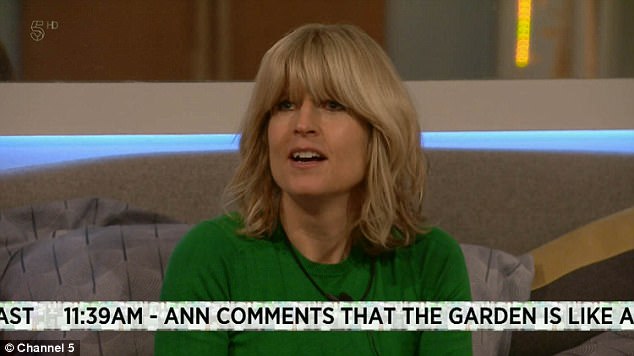 Intrigued: As the group get ready for bed, journalist Rachel Johnson asks if she could see the blonde's chest

India seems more than happy with the critique of her surgically constructed breasts, proudly showing them off.

Standing in her metallic bikini top and posing in front of her housemates, Amanda then cries: 'Ooh look at your girls – have you named them?'

The clip is brief, but according to narrator Marcus Bentley, the women are all 'getting closer'.

This is backed up with another brief shot of India, this time sharing a bath with former Made In Chelsea star Ashley James, both in bikinis. 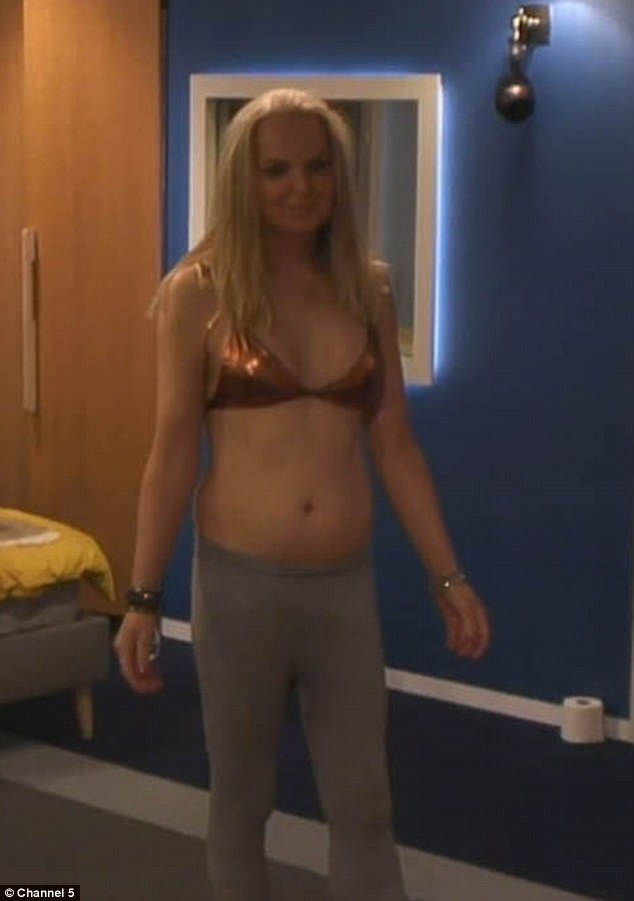 Playful: Revealing her metallic bikini top and posing in front of her housemates, Amanda Barrie then cried – 'Ooh look at your girls – have you named them?' 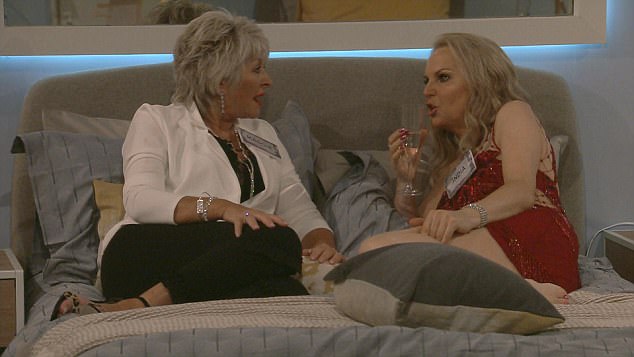 'I know who I am now': India discussed her decision to transition on the show, and revealed to Maggie Oliver (L) she had found a whole new lease of life since becoming a woman

On Thursday night's episode, viewers will see Ashley and India strip to their swimwear to enjoy their first bubble bath of the series in the copper tub that reportedly cost the production £4k.

India was born Jonathan Willoughby, but revealed she had transitioned into a female back in 2015.

Discussing her decision with Maggie Oliver on Wednesday's episode, India confessed she had found a new lease of life since embracing her true self.

She said: 'I know who I am now. When I started telling people it was tough for the people around me – my mum in particular took it like a bereavement, she thought she was going to lose [her son].'

As Maggie told India she thought she was 'very brave', she replied: 'The real brave people are the people that stick by you.'

Karrueche Tran shows off behind in thong bikini in Mexico