But before the main man gets his one on one with Khloe Kardashian, his sidekick Guillermo Rodriguez posed up with the reality star for a picture of his own. 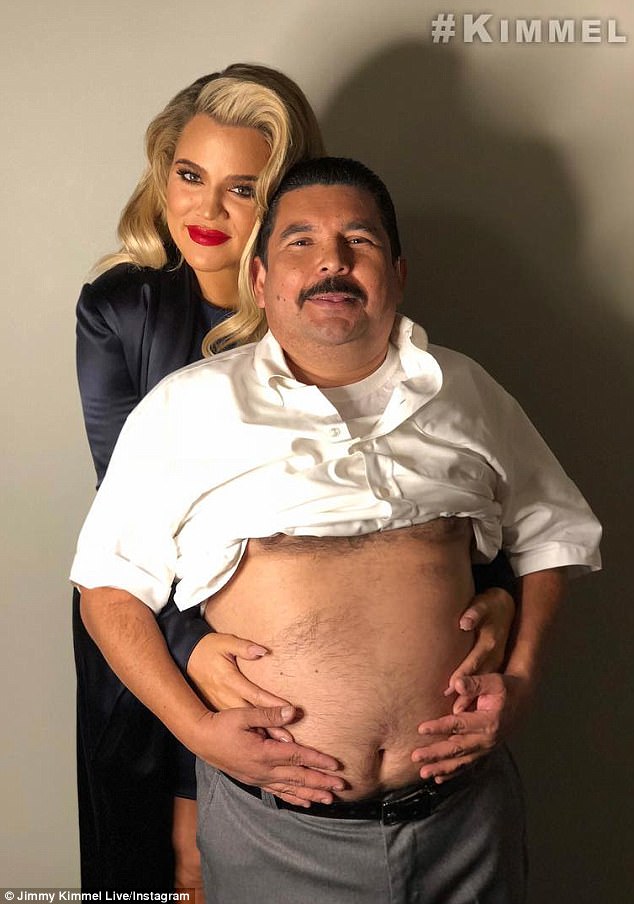 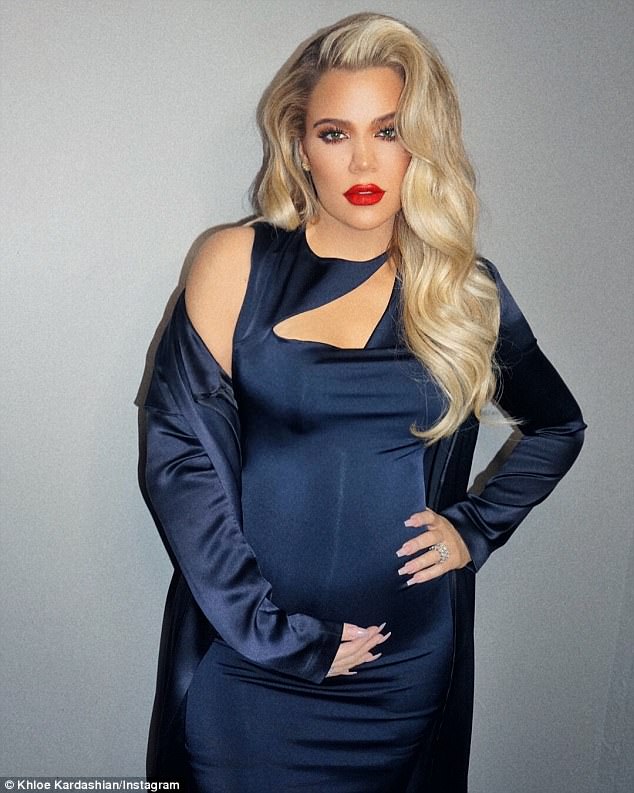 Keeping Up With Khloe! The reality star is six months pregnant with her first child

Cover up in a silk duster coat by Galvan

That's just what she wore when she was a guest on the Jimmy Kimmel show. Khloe covered her baby bump in a short cutout dress that she teamed with a silk duster coat by Galvan and some strappy stilettos.

Khloe's coat makes a great layering piece and can be worn with everything from jeans to a pencil skirt and bodysuit so it's well worth the $1370 investment.

Click right to nab it now at NET-A-PORTER. And if you're after the look for less, check out our affordable choices from Boohoo, Forever 21 and Shein.

The caption read: 'We are so excited about this baby! Thanks to everyone for the love and positive vibes'

Well known to fans of the late night U.S. TV show, Guillermo was working as a security guard in the studio parking lot when he first appeared on screen.

After being roped into appearing in multiple segments in the show, the likeable 46-year-old was quickly promoted to become a permanent cast member.

And it's clear from the picture that his winning ways have charmed Khloe, who smiled as she posed for the funny picture. 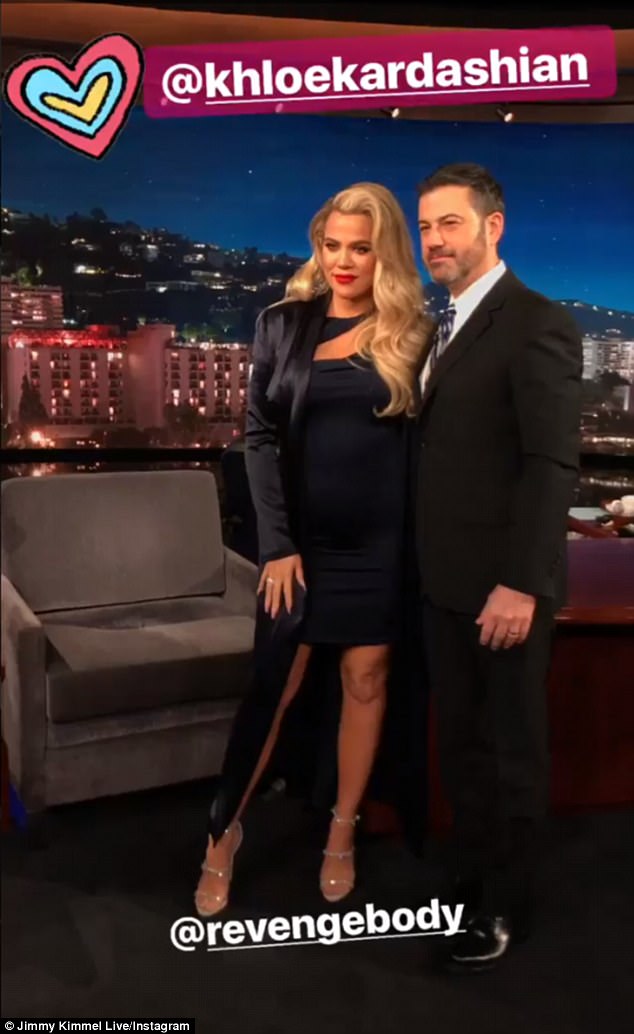 'Revenge body!' Khloe is promoting the second series of her body-focused show, which she recorded some months ago

Hey there! The blonde beauty gives fans a wave in the Hollywood studio

Indeed the shot was reminiscent of Khloe's pregnancy announcement with boyfriend Tristan Thompson.

In the black and white shot, the father-to-be cradled her bare bump.

But for Thursday night's show, Khloe was rather more dolled up.

The six months pregnant star wore bright red lipstick for her TV spot, along with a clinging black mini dress. 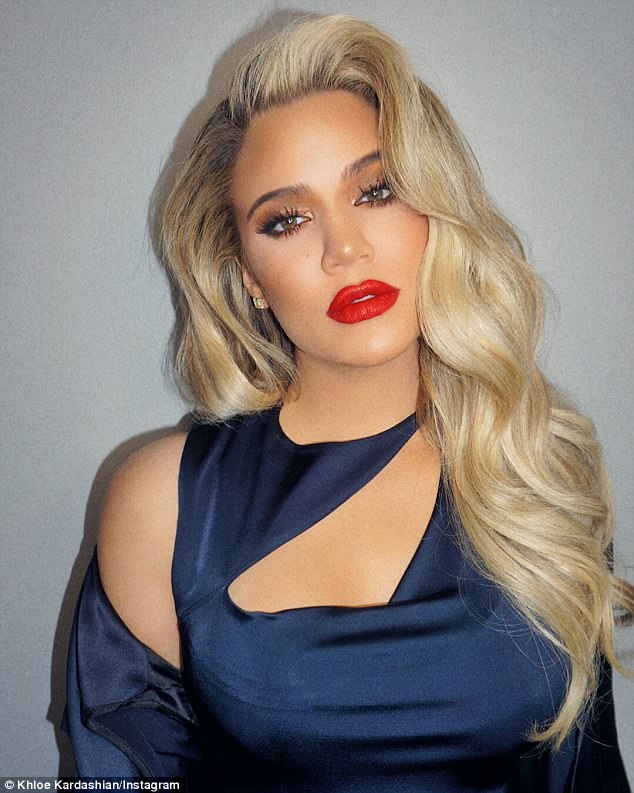 Picture perfect: It was clear Khloe was happy with the work of her glam squad 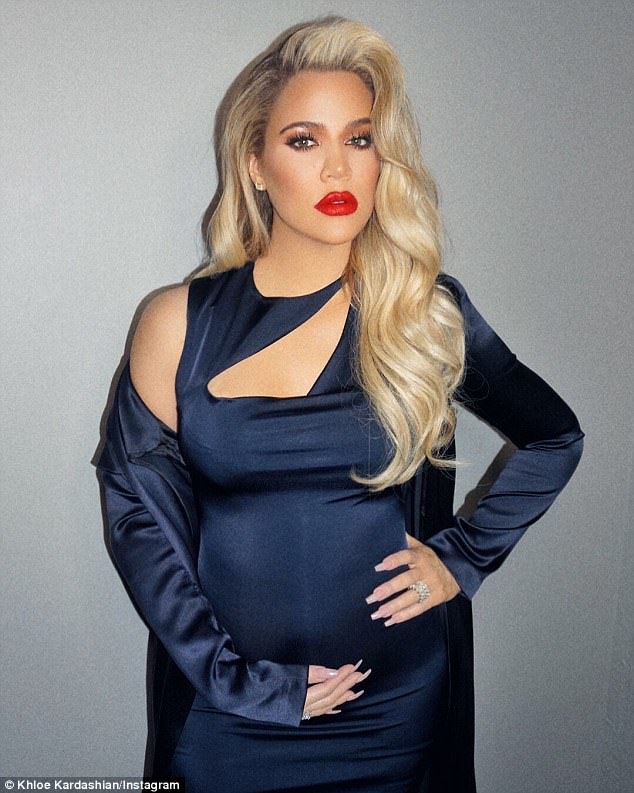 Oh baby! The reality star's big sister Kim is expecting the birth of her third child via surrogate, while her younger sister Kylie has yet to confirm reports she is also pregnant

A long flowing wrap balanced her look, while the blonde hair cascaded down her shoulders in waves.

Khloe used Snapchat and social media to update fans on her interview, sharing a picture of a small furry Kimmel hoodie, apparently a gift from the host.

She was appearing on the chatshow to promote the second series of her show Khloe Kardashian Revenge Body. 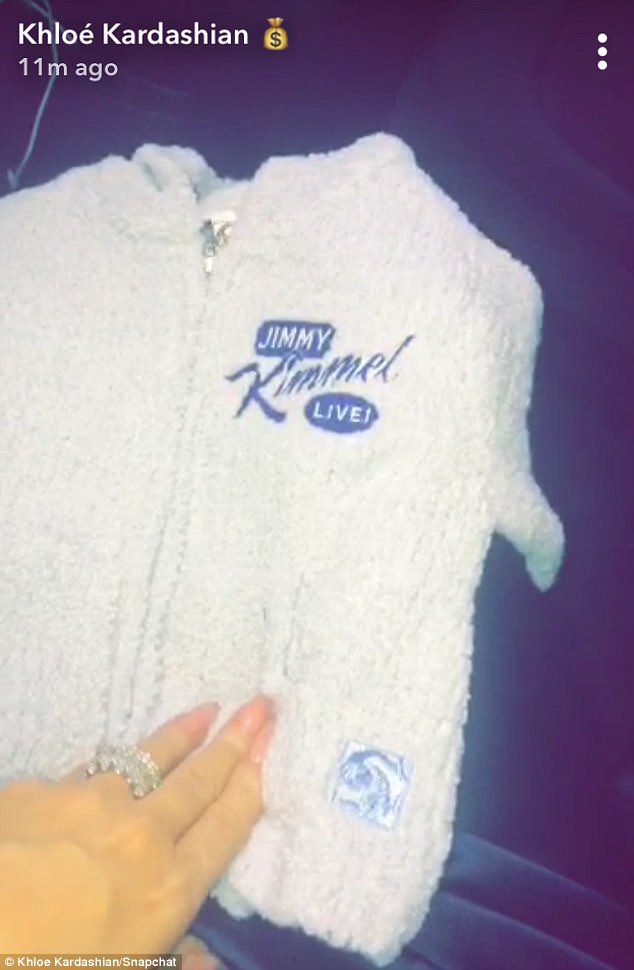 For baby! Khloe used Snapchat and social media to update fans on her interview, sharing a picture of a small furry Kimmel hoodie, apparently a gift from the host

Working it: Khloeis seen as she arrived at the LA studio to be interviewed by Jimmy Kimmel on Thursday afternoon

Earlier in the day she talked to Ellen DeGeneres, telling her she was in no rush to get married.

The Keeping Up With the Kardashians star – who tied the knot with ex-husband Lamar Odom in 2009 after just a month of dating – says she has no immediate plans to wed boyfriend Tristan.

Asked if she'll marry again, Khloe told Ellen: 'I hope so, but I'm not in a rush for any of that. As you know, I've rushed quite a few things before, so right now I'm so loving the place I am in my life and I'm just happy with how things are going. 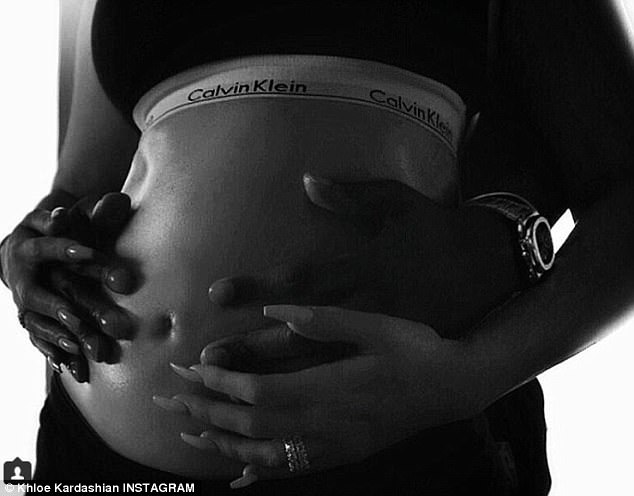 Announcement: Khloe and Tristan confirmed their happy news with this picture last month

'We talk about it, for sure, but we're both just happy where we are. What's meant to be will be.'

Tristan, 26, is already a father to 12-month-old son Prince from a past relationship and Khloe says the basketball player is 'such a good dad'.

She said: 'He's so great just during the pregnancy. I think he makes me more excited, too – I'm excited…

'He's really a dream and I feel just really lucky. It's really surreal to me.' 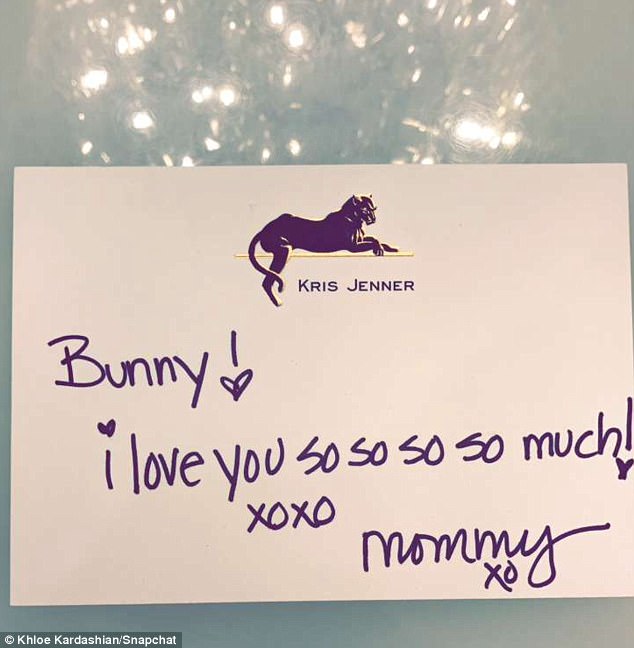 Good luck! Ahead of Khloe's interviews she received a note from momager Kris Jenner 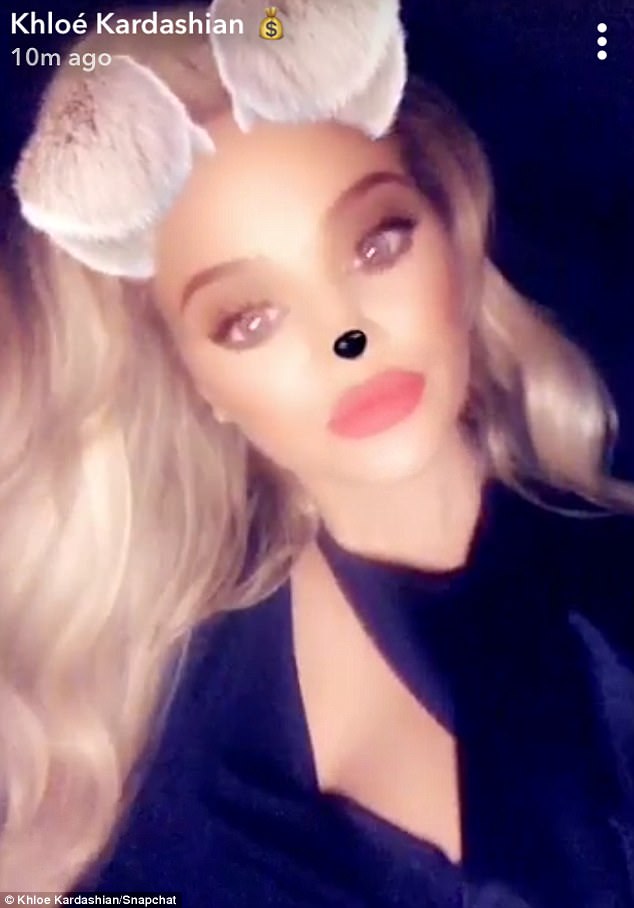 That's why they call her bunny! Killing time while waiting for Jimmy, Khloe played around with various Snapchat filters

But she joked the sportsman has 'more cravings' than she does.

She quipped: 'They say that men take on sympathy cravings, or pregnancy or whatever. I swear he's milking it for all he can.

'It's just an excuse. But he loves chocolate chip cookies.'

Storm Eleanor strips beach of its stones leaving it sandy