It has been at the centre of numerous issues this series, with an all-female launch leading to hot discussions on feminism.

But Celebrity Big Brother star Malika Haqq appeared to be losing her patience with housemate India Willoughby in Saturday night's show, as she accused the newsreader of 'playing the victim' following a row with singer Ginuwine.

The reality starlet, 34, hit out at her housemate after India was seen clashing with Ginuwine, as he claimed he wouldn't date a transgender woman, before then flirting up a storm with the rapper. 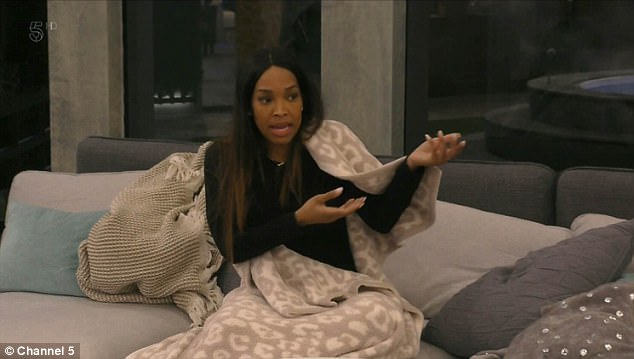 Nasty: Celebrity Big Brother star Malika Haqq, 34, slammed housemate India Willoughby in Saturday's show, after she got into a row with singer Ginuwine

During a group discussion in the garden, India said she had difficulty dating men once they realised she used to be a man herself.

'Guys have chatted me up not knowing my past but as soon as they found out they're like "No",' she said.

Turning to Nineties singer Ginuwine who was next to her, she asked if he would date her.

Ginuwine laughed and said: 'India, I'm not gay,' before adding defensively: 'That's my preference. I wouldn't date a transgender woman!' 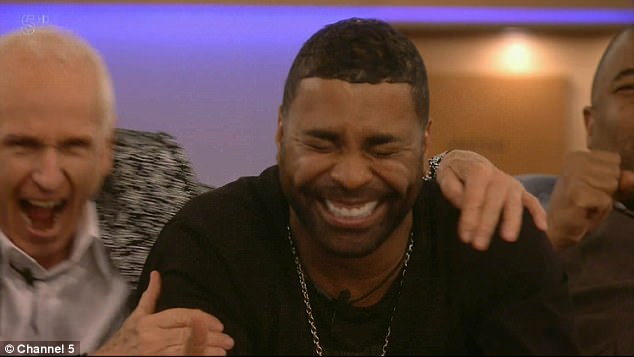 Controversial: Ginuwine said that he wouldn't date a transgender women during a chat with India, leading the journalist to storm off in fury 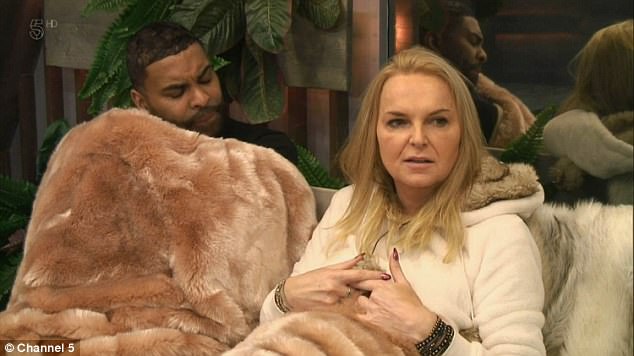 Candid: While the group were chatting in the garden, India said she had difficulty dating men once they realised she used to be a man herself 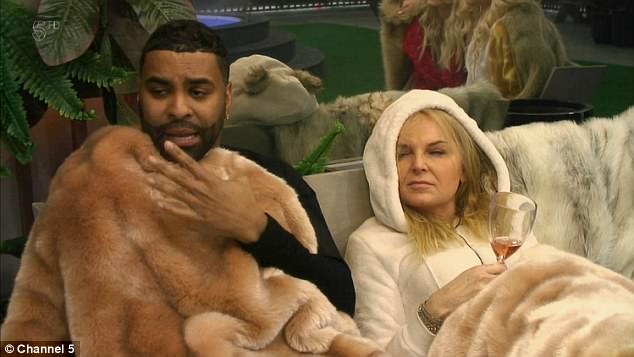 Tense: Turning to Nineties singer Ginuwine who was next to him, she asked if he would date her. Ginuwine laughed and said: 'India, I'm not gay,' before adding defensively: 'That's my preference. I wouldn't date a transgender woman!'

India then tried to playfully kiss Ginuwine, who backed off – causing her to say 'Ginuwine won't date me' and argued that his actions were reflective of the wider male community.

Becoming increasingly frustrated, she then walked off back into the house, as the singer called after her 'Are you mad? Don't get mad?'

Malika, who witnessed the entire exchange, flocked to his defence and said: 'You can't get mad! I'm 100 per cent sure we are living with a victim – she will find every reason to walk away. 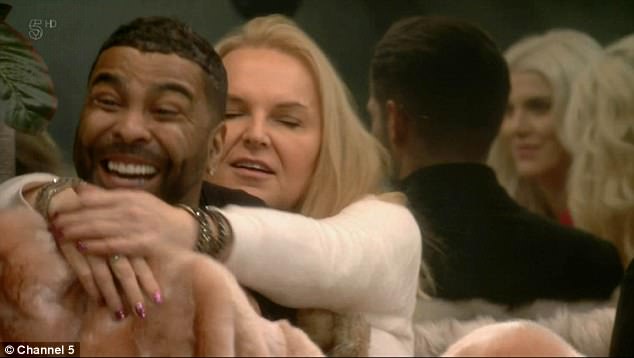 Hands-on: India then attempted to get cosy with the Pony singer, who then backed off, saying his actions were reflective of the wider male community 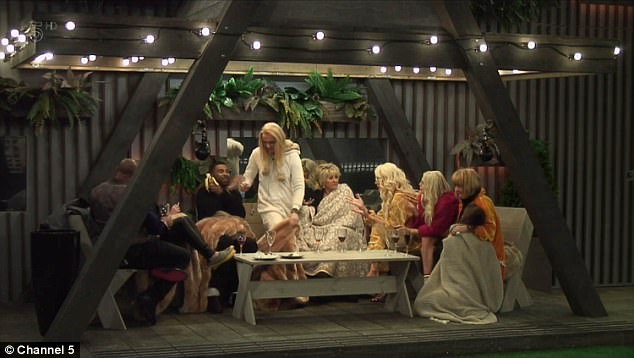 Furious: India then stormed off in frustration, as the singer called after her saying: 'Are you mad? Don't get mad?'

Malika, 28, admitted earlier in the show that she had a teenage crush on 41-year-old Ginuwine when he exploded onto the music scene with his Nineties hit Pony.

'I used to have him on my folder and my notebook at school,' she admitted giggling as they watched a VT of the male contestants entering the house.

And it seems the pair really hit it off, as Ginuwine flirted with the 'professional best friend' of Khloe Kardashian throughout the episode.

Ginuwine, who was made a 'butler' to the women in the house, grinned and focussed his attentions on Malika, asking her repeatedly if she 'wanted or needed anything'.

Malika announced that he was going to be a butler, joking: 'Ginuwine, I understand, the ladies love you. These ladies want to rub you.' 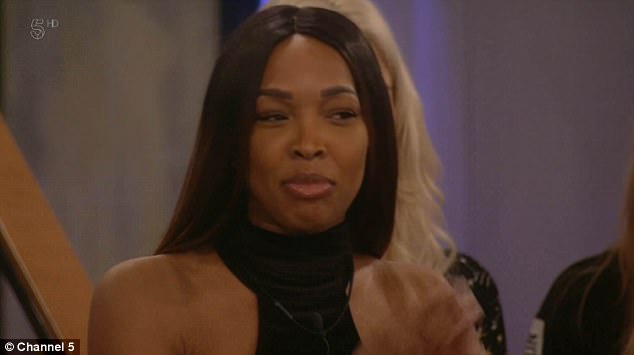 On his: Malika, who witnessed the row, went onto say: 'You can't get mad! I'm 100 per cent sure we are living with a victim – she will find every reason to walk away'

Ginuwine and Malika's cosy display on the show has already sparked rumours of a CBB romance, and the Pony singer revealed he would not rule out finding love on the show.

In an exclusive interview with MailOnline before heading into the house, the father-of-nine said: 'I’m single but I wouldn’t say I’m looking. If it happens it happens.'

'I want to get in there and get to know them. I already know of Malika [Haqq]. And Jess [Impiazzi].'

Of Keeping Up With The Kardashians star Malika, he said: 'She’s a very attractive woman. I think the last time I watched her on that show was three years ago. It was the when she was messing with Rob [Kardashian].' 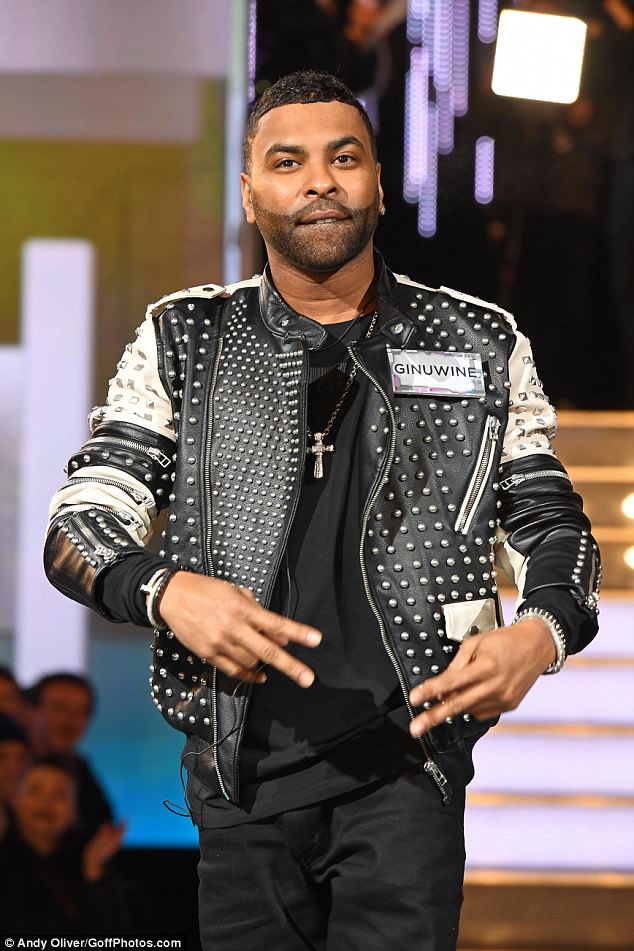 Looking for love: Ginuwine, who divorced Sole in 2015, exclusively told MailOnline he would not rule out finding love in the house