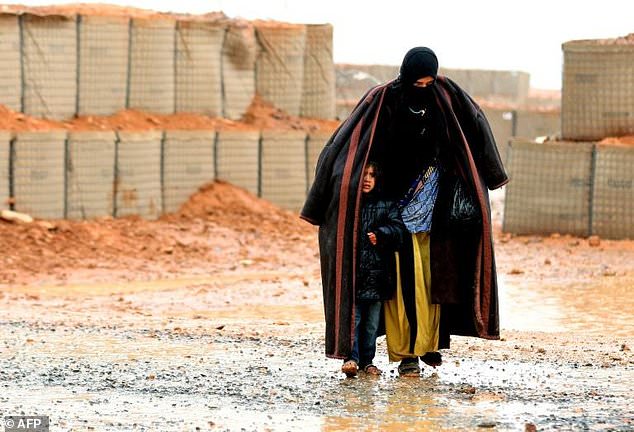 Jordan on Sunday said it had agreed to a UN request to deliver humanitarian aid to tens of thousands of Syrians stranded near a border crossing between the two countries.

Foreign ministry spokesman Mohammed al-Kayed said, however, it will be a "one-off" operation to send "humanitarian aid across the Rukban border crossing" towards a desert area where the Syrians are struck.

He said it was in response to a request by the United Nations and that the aid would be lifted across the border using special equipment.

Kayed did not elaborate on the kind of humanitarian aid that would be sent to the Syrians or when they were expected to receive it, nor did he say how many Syrians are stranded in the desert.

According to UN estimates based on satellite images, between 45,000 and 50,000 Syrians have been stuck for months on the Syrian side of the frontier near the Rukban border crossing.

Conditions are worsening for them as winter grips the region — which Jordan declared a "closed military zone" after a 2016 suicide attack claimed by the Islamic State group killed seven Jordanian soldiers.

In October, Jordanian Foreign Minister Ayman Safadi had insisted that aid to those stranded near Rukban should come from Syria itself after the UN said deliveries were difficult to make because of the war.

The UN refugee agency says it has registered more than 650,000 Syrian refugees in Jordan since the conflict in Syria began in March 2011 with anti-government protests.

However, Amman says it is hosting 1.3 million Syrian refugees, and has repeatedly called for more assistance to do so.

Steve Bannon APOLOGIZES to the president and his son