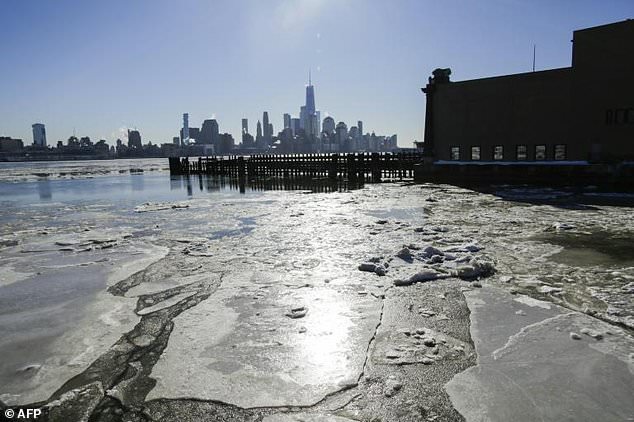 International flights were suspended into a flooded terminal at New York's flagship airport on Sunday, flung into chaos after a water main broke during brutally cold temperatures following a deadly winter storm.

Gushing water compounded meltdown at John F. Kennedy International Airport, where furious passengers have camped out for days as a result of equipment damaged by the storm and a backlog of flights.

Water poured from the ceiling and the arrivals area was submerged by standing water, through which a few intrepid passengers picked their way gingerly, according to footage broadcast by CNN.

International flights into Terminal 4 were suspended and the water main break occurred just before 2pm (1900 GMT), said a spokesman for the Port Authority of New York and New Jersey that runs the airport.

The west end of Terminal four lay under about three inches (eight centimeters) of water, where maintenance crews were mopping up, with police and fire crews on site, the spokesman told AFP.

The cause of the break is being investigated, he added.

On Saturday the airport was forced to close Terminal 1, which serves the likes of Air France, Japan Airlines and Lufthansa, to international arrivals in an attempt to get on top of the backlog.

But tempers have flared among furious travellers, forced to sleep on the floor of terminals, with others stranded on planes for hours waiting to access a gate and massive delays in baggage claim.

"I am so angry, words cannot even express how I feel right now," one stranded female traveler told NBC television before the water leak.

"It's getting like a madhouse," traveler Steven Litvin told NBC, leaving with his wife eight hours after their plane landed — with only half their luggage.

"We're tired," he said. "We're frustrated. We didn't get any sleep and we still don't know where our bags are. Nobody knows anything."

Ninety-four flights were cancelled at JFK on Saturday and 17 diverted, as the extreme cold and storm recovery "created a cascading series of issues," said the Port Authority.

"Frigid temperatures continue to cause equipment failures and slower than normal operations. Customers may experience residual delays, particularly for international flights," it said.

JFK was one the parts of New York that saw record lows for January 7, including four degrees Fahrenheit (minus 15.5 degrees Celsius).

The big freeze follows a storm Thursday dubbed a "bomb cyclone," which has been blamed for at least 22 reported deaths in the United States.

Boston, which saw some of the heaviest snow from the storm, froze with a Sunday morning low of minus two degrees Fahrenheit (minus 19 degrees Celsius) — matching the previous January 7 record in 1896. 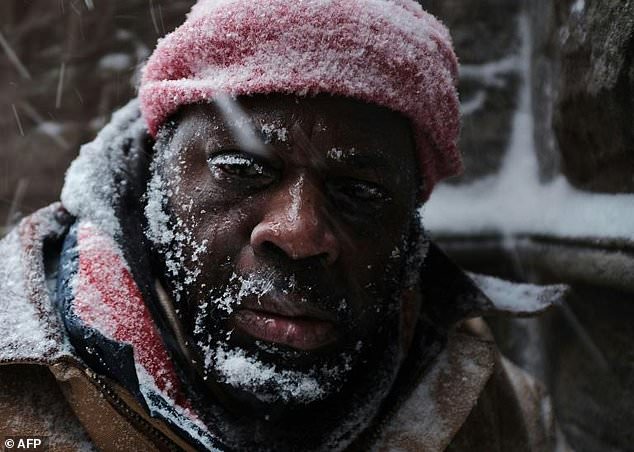 George, who is homeless, pauses in a church alcove in Boston in this January 4, 2018 file photo. The city, which was walloped with snow last week, is still recording record low temperatures

Massachusetts marked three record lows on Sunday, with Providence and Worcester frozen at minus two and minus seven respectively, breaking records last set in 1912 and 1942, the National Weather Service said.

The bitter cold is forecast to remain on the East Coast Sunday with highs below freezing as far south as parts of North Carolina.

Forecasters predicted ice accumulations from a band of freezing rain from Missouri through Ohio and Tennessee into the Mid-Atlantic, warning of hazardous road conditions before temperatures rise Monday.

Extreme cold advisories were also lifted in parts of eastern Canada, albeit with midday temperatures still at minus four degrees in Quebec and heavy snowfall due in southern Ontario, and Newfoundland and Labrador.

Reese Witherspoon teams up with A-listers for Time’s Up