By Ariel Zilber For Dailymail.com

The 80-year-old English director, who is currently promoting his latest work, All the Money in the World, was asked about the Weinstein revelations and the domino effect it had on his own film, according to the Irish Examiner.

After Weinstein was accused by scores of women of sex crimes ranging from harassment to rape, over a dozen men came forward to accuse actor Kevin Spacey of similar crimes.

In some cases, the Spacey's accusers were minors when the alleged crimes took place.

The allegations cost Spacey his starring role on the hit Netflix show House of Cards.

Scott also got to work, rapidly deleting Spacey's scenes as J. Paul Getty in his All the Money in the World. 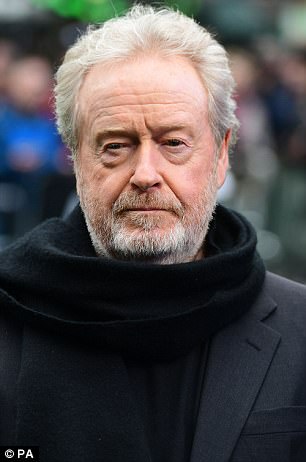 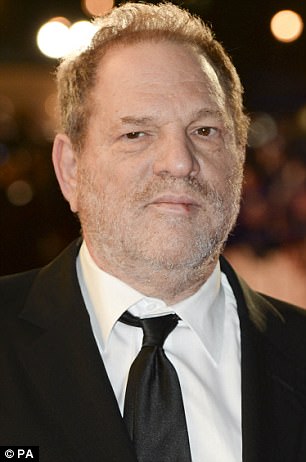 Scott, his cast, and crew re-did the frames with Christopher Plummer standing in just a few weeks before the movie's scheduled release.

Weinstein has denied the allegations against him.

When asked if he believed Weinstein will ever return to Hollywood, Scott said: 'Never say never, I've no idea. I'm sure Harvey (Weinstein) will already have a go within a year.

'Do you learn what is unforgivable, when a guy can rape and kill and get out after five years? I don't understand the law at that level.'

Scott said he did not hesitate to remove Spacey from his film after Anthony Rapp, an openly homosexual actor, came forward in October and accused the House of Cards star of assaulting him when he was just 14 years old.

'I knew enough about him over the years, gossip and things,' Scott said.

After Rapp made the allegations, 20 others also came forward publicly to accuse Spacey of groping and harassment. 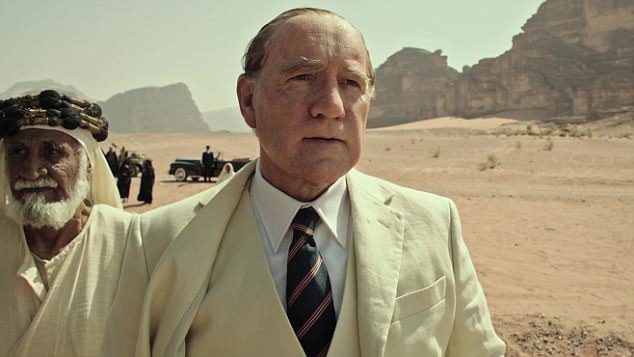 After Weinstein was accused by scores of women of sex crimes, over a dozen men came forward with similar allegations against Kevin Spacey, prompting Scott to remove Spacey from his film All the Money in the World. Spacey is seen above as J. Paul Getty

When asked why the 'gossip' he heard about Spacey didn't deter him from casting him for the film, Scott said: 'I hadn't even thought about it, frankly.'

'It's his business what he gets up to, it only becomes the business of other people if it involves kids and things like that, then it's not on,' Scott said.

'You can always argue a guy can take care of himself but a kid can't, that's not right.'

Scott said he was impressed with Spacey's track record as an actor.

'But you know, the question is – should you separate the talent from the man? And I think you have to, otherwise, historically, does that make Francis Bacon valueless, Andy Warhol, valueless, you know what I'm saying?'

When allegations against Spacey surfaced, Scott said he 'looked towards the solution of the problem,' as Netflix did when it decided it would film the remainder of the series with Robin Wright as the lead star.

'I thought the solution is we'll get trampled, we won't even run, because already Netflix are talking about removing the show,' Scott said.

'And then instead of that, they removed him.'

Scott said Plummer, 88, was his first choice to play the billionaire Getty in his film, but he decided to cast Spacey, 58, because he was younger.

'That said, (there was) a lot of make-up in the mornings, big make-up, prosthetics,' he said.

'The film is pretty challenging, there are a lot of scenes, a lot of dialogue. So I went with youth, wrongly.'

Plummer has been nominated for a Golden Globe for his portrayal of Getty. The award show is scheduled for Sunday in Beverly Hills.