By Martin Keown for the Daily Mail

I do not want to see two leading figures in the game conducting such an ugly row in public.

It is a terrible advert for our game that Jose Mourinho and Antonio Conte — the managers of two of the biggest clubs in world football — are showing such huge disrespect to one another.

It is getting to the stage where Premier League chief Richard Scudamore should intervene and get them to calm down. 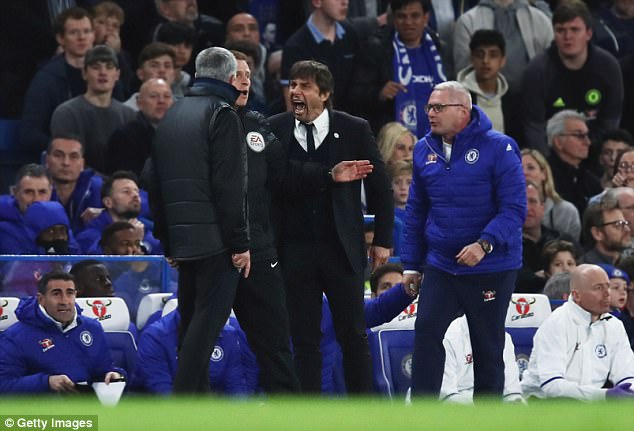 The manager is the public voice of a football club. When Sir Alex Ferguson and Arsene Wenger were at each other’s throats, it sent the wrong message.

Why does Mourinho have to keep talking about other managers? I have never known a manager to spend so much time focusing on his opposite numbers.

His attacks on Wenger became so churlish that we stopped taking much notice. Now, Conte is Mourinho’s victim.

Given Mourinho’s history, I am surprised Conte has got involved, but he is a proud man who must feel like he has been publicly ridiculed. 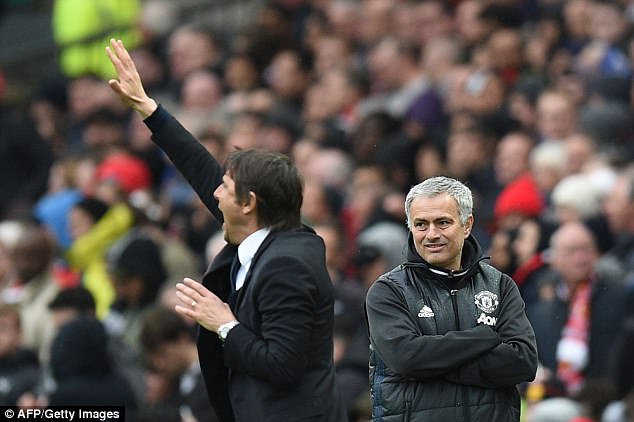 We all warmed to Conte's histrionics last season, but now he appears more erratic

We all warmed to Conte last season as he seemed to kick every ball on the touchline. Now results have not been going his way, he has seemed more erratic.

Neither Mourinho nor Conte need to be getting into this sideshow. They should get on with their jobs and focus on trying to become Premier League champions once more.

There is a danger this could run and run. The time is right for the Premier League to step in.

Time-saving kitchen hacks that will make your life easier