The Crown, Netflix's $100million epic true-life drama of the British aristocracy, which was poised to be the big winner on Sunday night at the Golden Globe awards in Hollywood, failed to win in any of the categories in which it was nominated.

The streaming service's show, which has been described as 'the most expensive television series ever' was unsuccessful after losing twice to The Handmaid's Tale.

The Crown failed to pick up the award for Best Television Series while Claire Foy who plays Queen Elizabeth II in the show and was nominated for Best Performance by an Actress, was beaten by Elizabeth Moss in the The Handmaid's Tale. 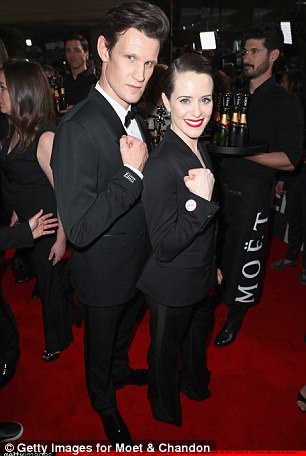 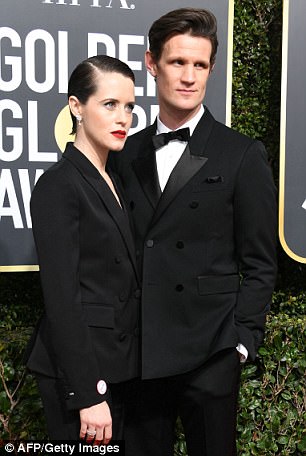 Actors Matt Smith and Claire Foy are spotted at the 75th Annual Golden Globe Awards where their show, The Crown, failed to win any of the two awards in which the series was nominated 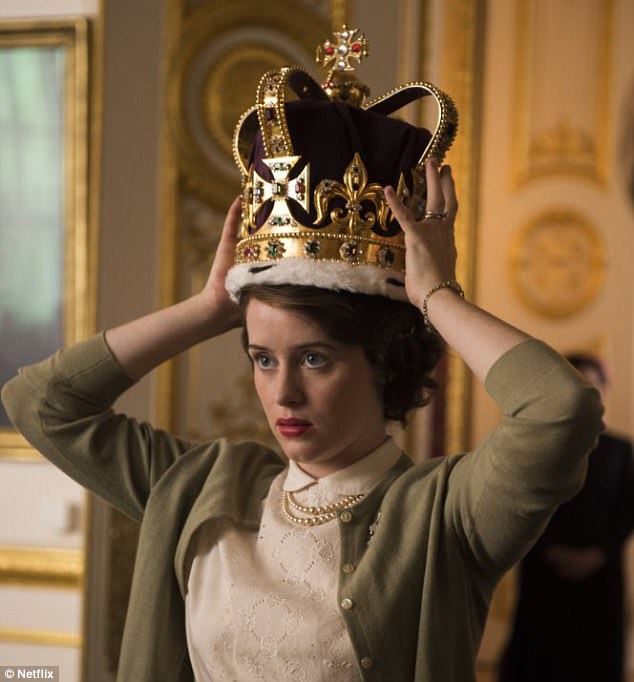 The loss could be signs that the show's own crown appears to be slipping and that momentum is being lost after winning two Golden Globes and two Screen Actors Guild statues last year.

The poor performance at the first major awards ceremony of the year will come as a huge disappointment to the producers as well as loyal fans after the first installment of ten episodes proved to be a huge hit with viewers – with Foy winning a Golden Globe in 2017.

John Lithgow who portrays Winston Churchill in the series also failed to score a nomination despite gaining modest recognition in the Best Supporting Actor category at last year's ceremony. 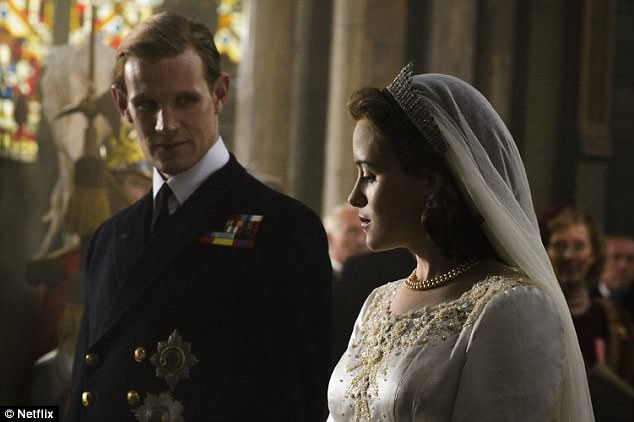 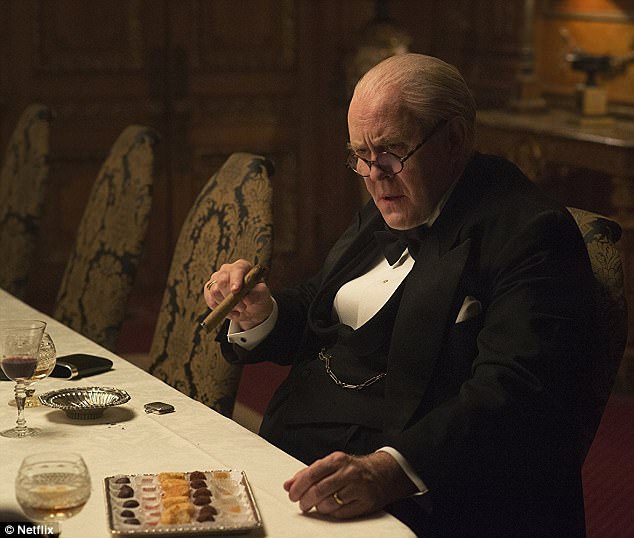 Actor John Lithgow is seen playing Winston Churchill. He was nominated for his performance in 2017 but at Sunday night's Golden Globes didn't even manage that

Netflix has invested a staggering $100 million in the royal drama, which is currently intended to have six series – making it the most expensive TV show to date.

Both the cast and crew garnered mass recognition by the likes of the Screen Actors' Guild, the Critics Choice and the Emmys last year – but Sunday night's dismal performance may see the shows writers questioning as to whether the series truly has universal appeal. 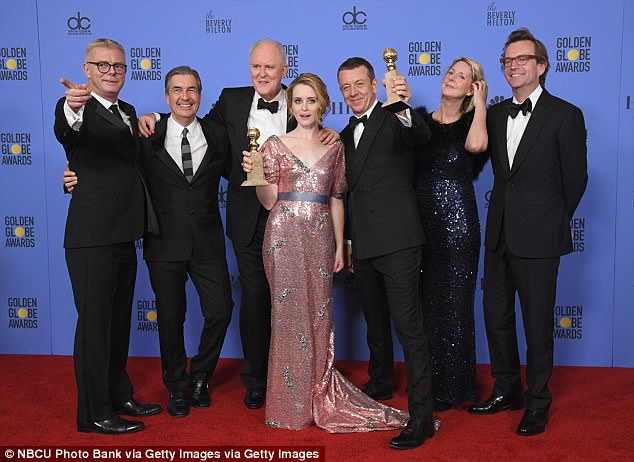 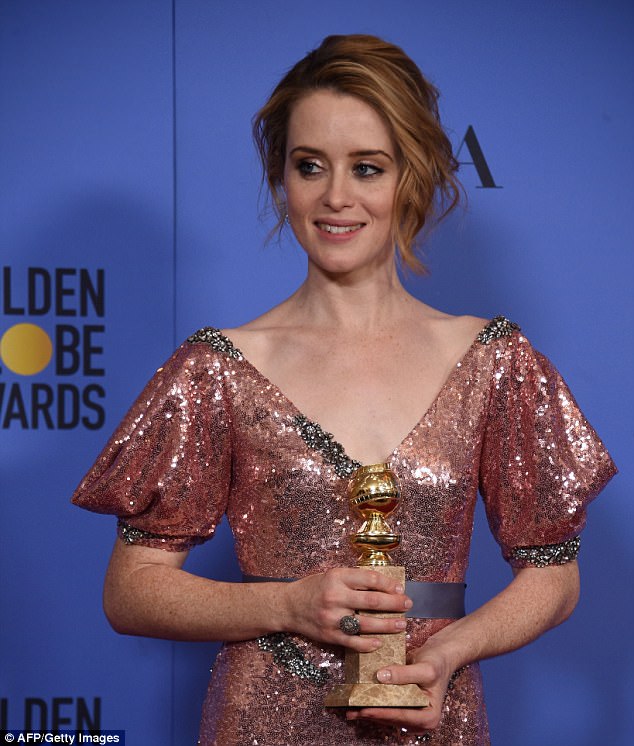 Claire Foy poses with the Best Actress in a Drama TV series award for her role in The Crown at last years Golden Globes. In 2018, it appears as though her winner's crown finally broke