A quick-thinking dad has been hailed a hero by local shoppers after he prevented the theft of a Cole's roast chicken.

Staff and onlookers at the Southern Highlands supermarket applauded as Adrian Brennan returned from chasing a young shoplifter who had attempted to flee with a roast chicken without paying.

Mr Brennan was with his 20-year-old daughter Eliza in the fruit and vegetable section when he heard a ruckus coming from the store's entrance. 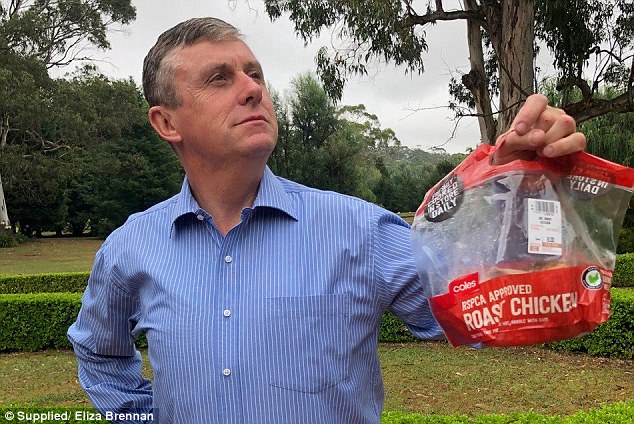 While ignoring pleas from a staff member to stop a young man could be seen clutching a hot chicken, walking through the checkout area and heading quickly toward the exit.

The nearby 58-year-old abandoned his trolley and went after the man, chasing him into the car park.

Mr Brennan demanded 'Give me the bloody chicken,' to the youngster who had made his way to a car full of mates nearby.

The thief handed over the chicken before taking off and Mr Brennan re-entered the supermarket, returning the cooked chicken to the Bowral Coles it had been taken from. 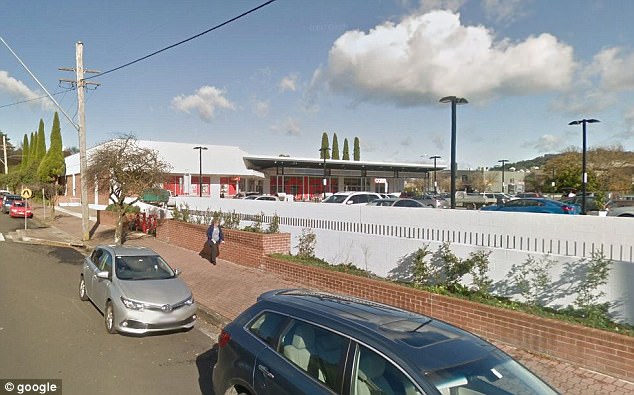 He spotted a youth making a quick beeline for the exit of the Bowral Coles (pictured) and quickly took action, rescuing the stolen chook from the culprit

Amid the praise of shoppers, including one who deemed him a 'hero', Mr Brennan resumed his shopping.

'I think he was just stoked that he was able to catch up to the young guy, despite being 58,' Eliza said.

'Despite being sunburned and with a split heel from the beach I rose above the pain barrier. Because there is no such thing as a poultry crime,' Mr Brennan said.

Demi Harman flaunts her slender bikini body at the beach