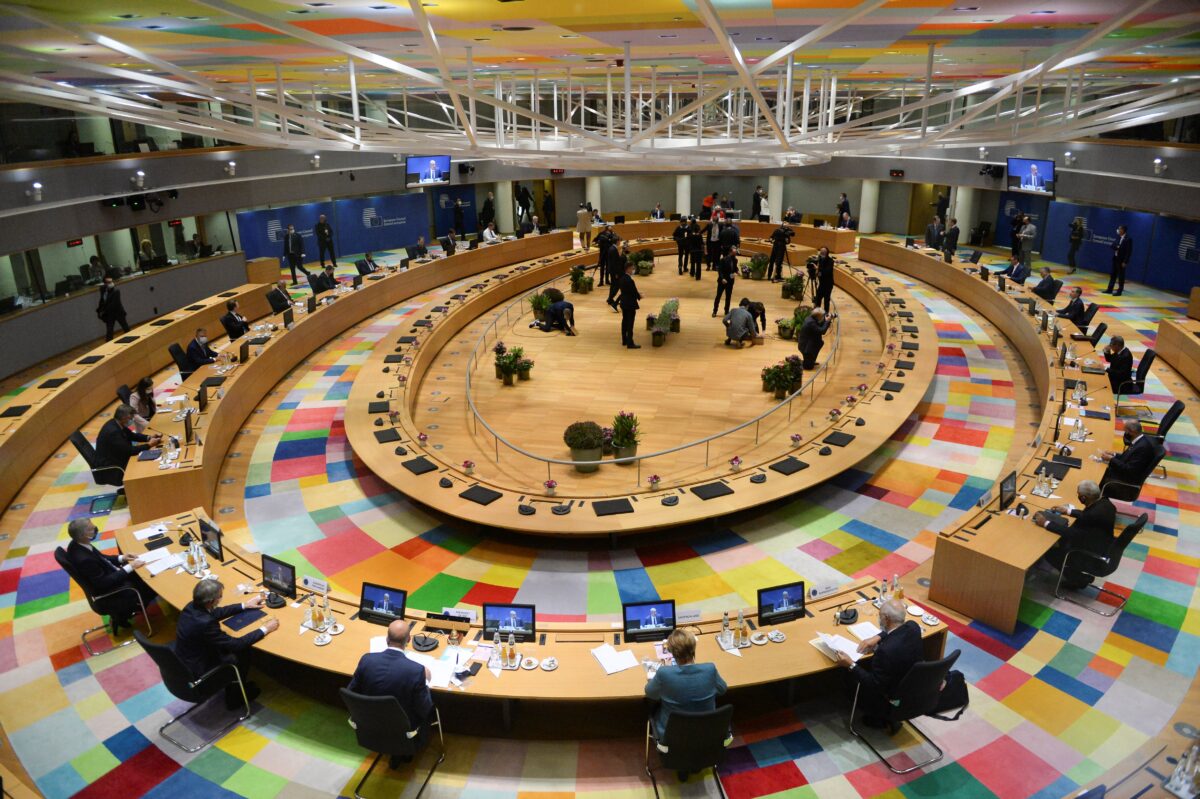 BRUSSELS—European Union leaders sought on Oct. 1 to end an embarrassing standoff that prevents them from imposing sanctions on senior officials in Belarus who stand accused of falsifying presidential election results and leading a clampdown on peaceful protesters.

All EU member countries reject the result of the Aug. 9 election that allowed Belarusian leader Alexander Lukashenko to extend his 26 years in office. EU members want a new election and agree that sanctions should be slapped on dozens of officials, perhaps even the leader once dubbed Europes last dictator.

But Cyprus, one of the EUs smallest member countries, is vetoing the move. It is demanding that its partners in the worlds biggest trading bloc also take action against Turkey for its energy exploration work in disputed waters off the island nations coast.

After European foreign ministers failed to break the deadlock in August, the EUs foreign policy chief, Josep Borrell, warned that “our credibility is at stake,” if the bloc cannot forge a common foreign policy among 27 countries.

“It is bad that we cannot make it work,” Dutch Prime Minister Mark Rutte said on Oct. 1.

“It is of major importance we agree on Belarus sanctions. There is a wide-ranging agreement on that. A link between Belarus and Turkey is political only, and has no explanation when we assess the facts.

“What we need to achieve in the coming hours is a decoupling, while we have to recognize there are legitimate concerns about Turkey.”

Ahead of the two-day summit, diplomats said an accommodation might be found. The leaders were holding wide-ranging talks about the EUs troubled ties with Turkey over its drilling in the Mediterranean Sea, its roles in the conflicts in Libya and Syria, and as a source of migrants trying to reach Europe.

Cyprus could be appeased if its partners underline their support in the final summit communique, or in a special statement from European Council President Charles Michel, who is chairing the two-day meeting. The leaders could then give a green light to sanctions against dozens of Belarus officials.

That would allow national envoys to quickly enact the sanctions in the coming days, the EU diplomats said.

French President Emmanuel Macron was staunch in his support, saying that “solidarity is non-negotiable” when it comes to Cyprus, but also to Greece in its long-running dispute with Turkey.

“When a European Union member state is attacked, threatened, when its territorial waters are not respected, its the duty of Europeans to show their solidarity,” Macron said.

In a televised address marking the 60th anniversary of Cypruss independence, Cypriot President Nicos Anastasiades expressed on Oct. 1 his “sincere gratitude to all European Union member states for their staunch support and solidarity in light of Turkeys provocations.”

But Anastasiades said he wants the leaders to take “a more tangible and effective stance to bring about an end to gunboat diplomacy and for the crisis to be succeeded by dialogue or recourse to the international court on the basis of international law and the law of the sea.”

Making the same point, Greek Prime Minister Kyriakos Mitsotakis said: “The time has come for Europe to discuss with courage and honesty what kind of relationship it truly wants to have with Turkey. One thing is certain: Turkish provocation, whether this is expressed through unilateral actions or extreme rhetoric, can no longer be tolerated.”

Restaurant owners protest in Paris over fears of COVID-19 shutdown