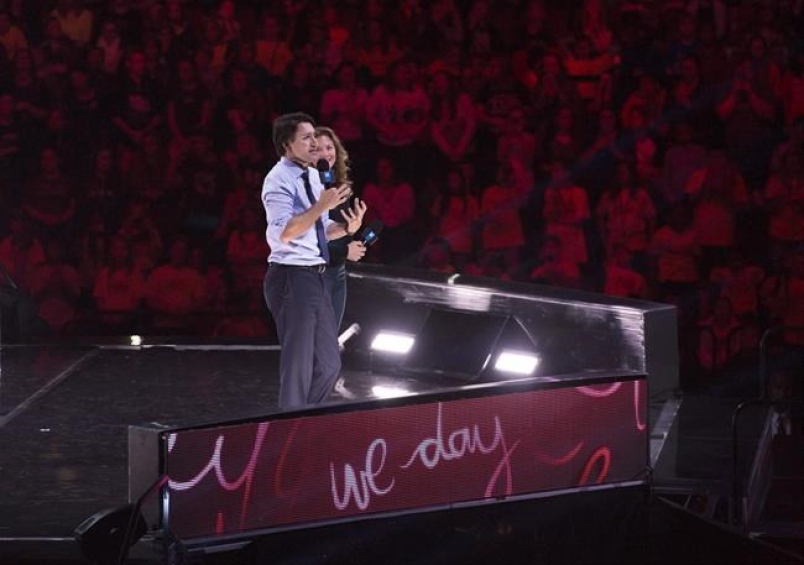 OTTAWA—The minority Liberal government suggested Monday the Opposition Conservatives are pushing the country to the brink of an election with their potential demand for an “anticorruption” committee to probe COVID-19 spending.

Liberal House leader Pablo Rodriguez said in a letter to his opposition counterparts that the Tories’ effort to strike the committee is “blatantly partisan,” and designed to paralyze the government.

“If passed, it will raise serious questions about whether the House of Commons continues to have confidence in the government,” he wrote.

Rodriguez’s letter comes as the Tories were still deciding which of three potential subjects they’ll put up for debate Tuesday during one of the regularly scheduled days on the parliamentary calendar devoted to opposition business.

The committee proposal is one option. It would incorporate ongoing efforts to scrutinize the Liberals’ decision to farm out management of a COVID-19 aid program to WE Charity, known for its long-standing ties to Prime Minister Justin Trudeau’s family.

Another is about China’s imposition of a national security law on Hong Kong, and a third relates to banning the Chinese telecom firm Huawei from Canada’s networks.

Conservative finance critic Pierre Poilievre laughed off Rodriguez’s suggestion that the creation of a committee ought to push Canadians to the polls.

“Is he really suggesting that if the committee looks into Trudeau’s corruption, Trudeau’s just going to call an election? Is that really what he’s going to do?” Poilievre asked Monday.

“Setting up a committee is not a matter of confidence.”

Poilievre suggested his party is ready to do whatever it takes to hold the Liberals to account over the WE matter, but the Conservatives were also waiting on the Liberals’ own pitch on a special COVID-19 spending committee.

Rodriguez laid out details of that as well Monday, proposing a 12-member committee where government and opposition MPs would have an equal number of spots.

That’s roughly in keeping with the standings in the full House of Commons, but rounded in the Liberals’ favour.

Among other things, the Tories want the Opposition to have more seats.

The NDP’s Charlie Angus said Monday he has concerns the Liberal approach could just result in the government stonewalling that committee in the same way they’ve filibustered others in recent days.

But Angus said it would be reckless for the government to push Canadians to the polls, and he’s hoping cooler heads prevail.

“Our message to the Liberals is calm down, we have work to do. Work with us.”

For the Conservatives’ motion to pass over Liberal objections, it will need the support of the NDP and Bloc Quebecois.

Last week, several parliamentary committees were forced to sit for hours as the Liberals sought to block the resumption of studies into a decision to award WE Charity a contract to run a COVID-19 student program.

The ethics committee spooled back up Monday, where opposition MPs are trying to get more details on how much Trudeau and members of his family received in speaking fees in connection with not just WE but for attending other events.

How two disclosures earlier Monday, one by WE Charity and the other by the Liberals, will affect that effort wasn’t immediately clear.

WE Charity released dozens of pages of documents that had previously been demanded by the finance committee, including details of fees paid to, and expenses covered for, members of the Trudeau family who participated in WE events.

The charity had previously said Sophie Gregoire Trudeau, the prime minister’s wife, had been paid a $1,500 speaking fee for one appearance, and the documents released Monday also disclosed that the charity covered $23,940.76 in expenses for eight appearances between 201Read More – Source