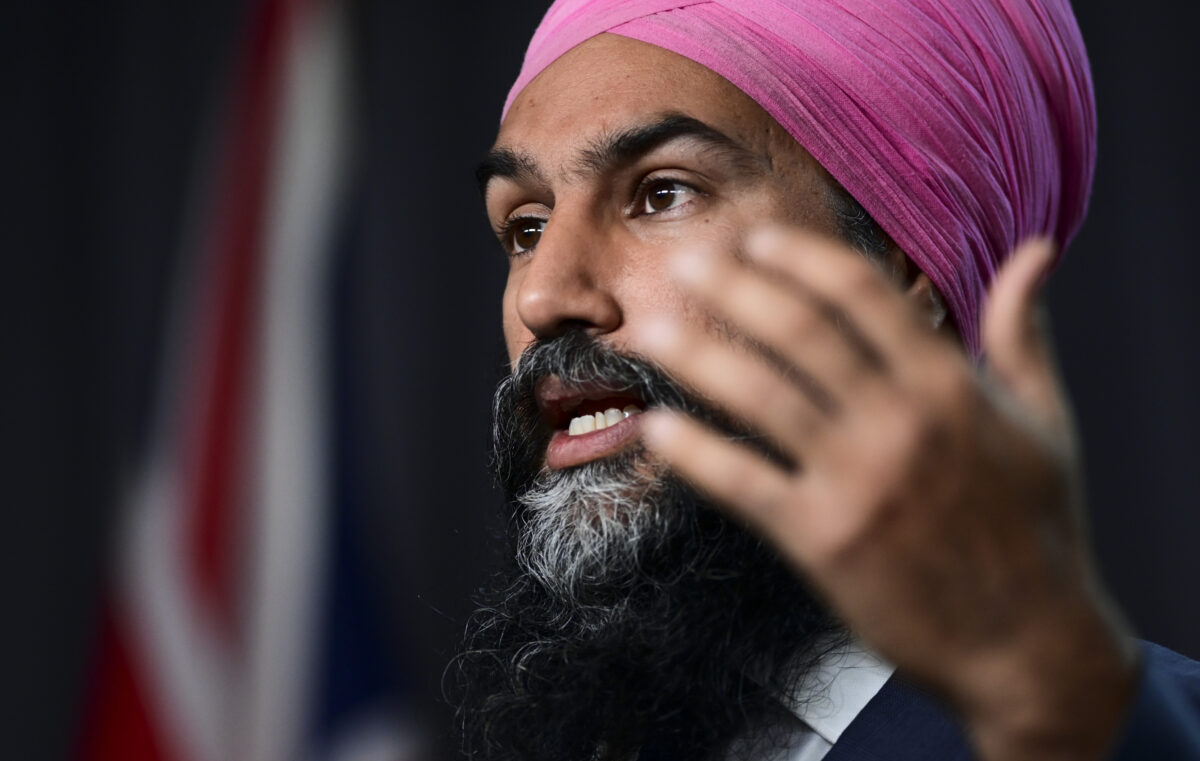 OTTAWA—NDP Leader Jagmeet Singh left Canadians guessing as to which way his party will swing in a confidence vote that could trigger a federal election during the second deadly wave of COVID-19.

Singh says New Democrats “are voting for Canadians,” but did not specify whether his party would back, oppose or abstain from voting on a Conservative motion to create a special anticorruption committee.

Prime Minister Justin Trudeau has declared that the vote on a Conservative motion to create a special anticorruption committee will be a test of confidence in his minority Liberal government.

Singh says that decision was made “arbitrarily and absurdly” and that the NDP is still looking at the options available.

The showdown revolves a dispute over the scope and composition of a House of Commons committee that would investigate the WE Charity affair and other issues the Conservatives say reek of the government funnelling pandemic-related funding to Liberal friends.

The Conservatives are willing to drop “anticorruption” from the name of their proposed committee but the intent remains the same.

The motion would give the committee broad powers to call witnesses, including the prime minister and other ministers, and to demand documents on a range of issues, including the speaking fees drawn by Trudeau’s mother and brother over the past 12 years.

The Liberals maintain the committee would amount to a time-consuming fishing expedition that would paralyze the government when it should be focused on helping Canadians get through the second wave of the pandemic.

They’ve proposed their own special committee to examine all government pandemic-related spending, including but not exclusively the WE affair and other matters the Opposition deems suspicious.

The Bloc Quebecois is planning to support the Conservative motion but Singh has refused to give a clear indication of what his party will do.

New Democrats have said they believe the Conservative motion is “over the top,” but they’ve also said the Liberal counter-proposal isn’t good enough—particularly since it calls for a Liberal chair rather than allowing an opposition member to preside.

NDP MP Brian Masse suggested Wednesday that making the issue a test of confidence is absurd, adding that Trudeau would set a frivolous precedent.

“It could be over something else. Maybe he doesn’t like the cafeteria food,” Masse said.

Should New Democrats abstain on today’s vote, the Liberals and combined Conservative and Bloc MPs would have an equal number of votes, 153 each. That would leave the three Green and two Independent MPs to decide the fate of the government.

“The situation of WE Charity is so complex, so big, that it is absolutely necessary that we have ? a committee that only looks at what happened in WE Charity,” he said in French.

The Liberals’ “scorched-earth” politics are the product of a “club of cronyism,” rendering compromise impossible, Therrien said.

He invited New Democrats to vote with the other two major opposition parties and simultaneously took a shot at the NDP, suggesting Singh has obediently followed Grit demands.

“The NDP have acted in the last little while a little like the Liberals’ lapdog,” he said.

Green Leader Annamie Paul struck a more collegial tone, stressing collaboration amid the pandemic and calling for Trudeau and Conservative Leader Erin O’Toole to step back from “unnecessary brinksmanship.”

“Now is not the time for us to weaken this cross-partisan co-operation, when people still need our help to meet their most urgent needs,” Paul said in a statement.

“The Liberal and Conservative parties’ high-stakes, high-tech game of chicken can have no winner. They should leave such games outside of Parliament, and focus on the urgent needs of people in Canada.”

The Canadian Federation of Independent Business was in agreement, saying an election would sweep aside urgently needed legislation on commercial rent relief and emergency loan programs proposed by the government.

“There are tens of thousands of businesses that are literally hanging on by their fingernails, waiting for some of these programs to finally kick in,” Kelly said in an Read More – Source