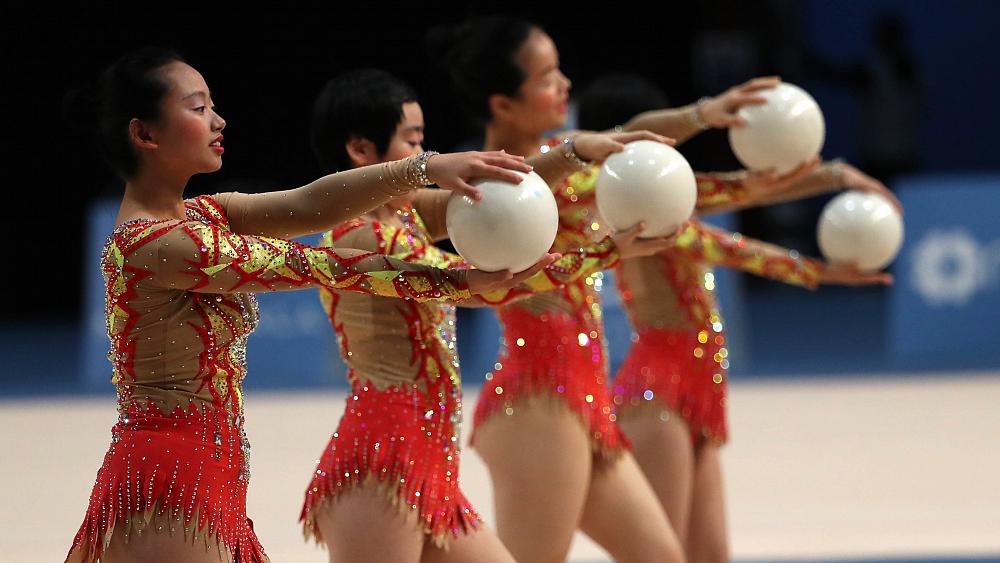 The countdown has begun for the Special Olympics, World Winter Games, which are set to kick off in Kazan, Russia in one year.

More than 2,000 athletes with intellectual disabilities from over 100 countries will compete.

Kazan jumped in to host the games at the last minute after Sweden pulled out due to financial reasons – a controversial decision given that Russia is currently serving a ban from all major sporting events.

In December, Russia’s ban was reduced to two years from four by the Court of Arbitration for Sport after its anti-doping agency was declared non-compliant for manipulating laboratory data handed over to investigators in January 2019.

After hosting the World Aquatics Championships in 2015 and the FIFA World Cup three years later, Kazan is no stranger to big events.

Founded in 1968, the Special Olympics is a global movement aimed at ending discrimination against people with intellectual disabilities. It offers more than 30 Olympic-type sports and over 100,000 games and competitions every year.

Special Olympics Russia, which has been active for more than two decades, has 128 thousand athletes taking part in sports and competitions across the country.

But this represents just 4% of the estimated three million people with intellectual disabilities in Russia, and Vodianova is hoping the Special Olympics winter games coming to the country will mean more people can benefit from the initiative in the future.

About 10,000 Tokyo Olympic volunteers have quit with Games closing in 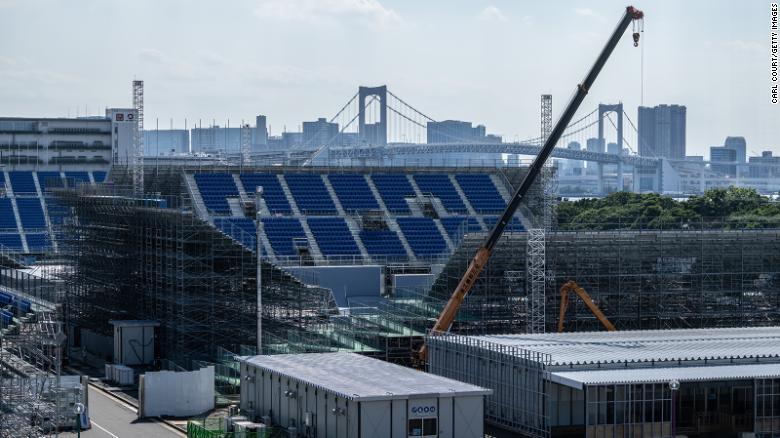 Thousands of volunteers have pulled out of the Tokyo 2020 Olympics in recent weeks, organizers said, fueling concerns Japan may not be ready to host the rescheduled Games as the country struggles to rein in a new wave of Covid-19 cases.

About 10,000 of the 80,000 registered volunteers supporting athletic events had quit as of Wednesday, according to Tokyo 2020 Organizing Committee officials.
Toshiro Muto, chief executive of the Organizing Committee, told Japanese media he does not believe the volunteer withdrawals will impact the operation of the Games, which were postponed last year due to the pandemic. The rescheduled event is due to start on July 23.
Volunteers are an instrumental part of the Summer Olympics. They help staff operate Olympic facilities and venues, and assist spectators and athletes. So if more continue to drop out, it could pose additional difficulties for organizers.
However, no foreign spectators are allowed into Japan for the Games, so organizers may not need as many volunteers as other host cities have in years past.
A first cohort of volunteers dropped out in February — the same month the president of the Games’ organizing committee resigned. The official, Yoshiro Mori, stepped down after sexist remarks he made in a meeting were leaked.
Though officials did not say why most of the 10,000 volunteers quit, it is likely tied to the pandemic. Opinion polls show most of the Japanese public oppose holding the Olympics, with hospitals overwhelmed by a fourth wave of Covid-19 cases and the vast majority of people still unvaccinated.
The country has reported more than 752,000 total coronavirus cases and more than 13,200 deaths, according to Johns Hopkins University. Daily new cases have been in the low thousands in recent days, declining from a fourth-wave peak of nearly 8,000 on April 29.
Japan’s vaccine rollout has also gone much slower than expected. While there is enough supply to vaccinate much of the country’s 126 million people, there is a bottleneck of medical professionals available to administer them. Only nurses, doctors and dentists can legally give vaccines.
Currently, just the elderly and medical professionals are eligible to receive a vaccine. Muto, the CEO of the Olympic Organizing Committee, said doses of the Pfizer-BioNTech vaccine will be provided to Olympic athletes, but not to volunteers, who are being asked to use public transportation to commute to the Games. Olympic Minister Tamayo Marukawa said the IOC would give Japan 20,000 vaccines, but negotiations for who receives those doses are ongoing.
Last week, the editorial board for one of the country’s leading newspapers, Asahi Shimbun, accused Prime Minister Yoshihide Suga of holding the Olympics “against the will of the public” and called for the event to be canceled.
Meanwhile, a group of United States public health experts warned that pushing ahead with the Olympics as planned could put athletes and the public at risk. They said Japanese authorities and Tokyo 2020 organizers needed to reconsider their approach to risk management and recognize the limits of measures like temperature screening.
“We believe the IOC’s determination to proceed with the Olympic Games is not informed by the best scientific evidence,” the authors wrote in the New England Journal of Medicine. “For us to connect safely, we believe urgent action is needed for these Olympic Games to proceed.”
A handful of prominent business leaders have also voiced concerns about the event. Last month, the CEO of e-commerce giant Rakuten, Hiroshi Mikitani, told CNN it would be a “suicide mission” for Japan to host the games.
Also in May, the Tokyo Medical Practitioners Association, an organization of about 6,000 doctors in the capital, wrote a letter calling for the Games to be scrapped.
Japanese authorities recently extended a state of emergency for much of the country, including Tokyo, until June 20 — about a month before the Olympics are set to begin.
US citizens were warned against traveling to Japan last month due to the spike in Covid-19 infections.
Olympic organizers have maintained they’re confident the Olympics can be held safely and securely. Canceling the Olympics would also be costly for both Japan and the International Olympic Committee (IOC), especially due to the loss of broadcasting revenues.
Several officials have said it would be impossible to postpone the Games a second time.
“All the stadiums are booked for other events already. It has been such hard work to postpone by one year … it is impossible to postpone it again,” Tokyo 2020 President Seiko Hashimoto told Nikkan Sports, a Japanese newspaper, in an interview published Thursday.
Dick Pound, the longest-serving IOC member, told CNN this week that “none of the folks involved in the planning and the execution of the Games is considering a cancellation.”
“That’s essentially off the table,” he said.
Read from source: https://edition.cnn.com/2021/06/03/sport/tokyo-olympics-volunteers-covid-intl-hnk/index.html
Continue Reading 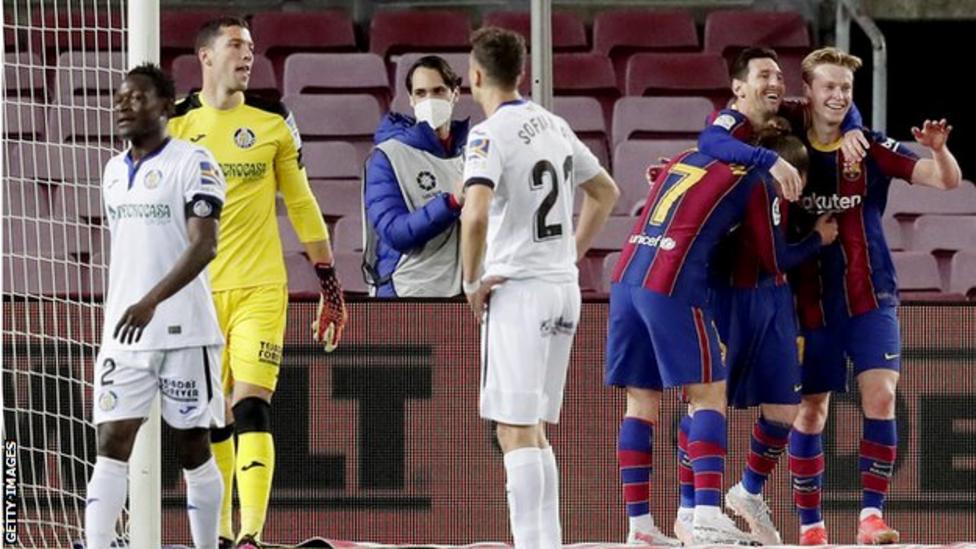 Messi broke the deadlock before lowly Getafe equalised through Clement Lenglet’s own goal.

A mix-up between Sofian Chakla and keeper David Soria restored Barca’s lead and Messi made it 3-1.

Barcelona are five points behind leaders Atletico Madrid, who they host on 8 May, but have one game in hand.

Earlier in the day, Barca issued a statement about signing up to the European Super League, stating it was a “historic opportunity” to guarantee football’s financial sustainability.

On the pitch, Ronald Koeman’s side turned on the style in an incident-packed first half which saw Messi hit the bar and the post for the 2021 Copa del Rey winners.

However, they struggled after half-time and lived dangerously until late goals by substitute Araujo and Griezmann, from the penalty spot, secured the win. 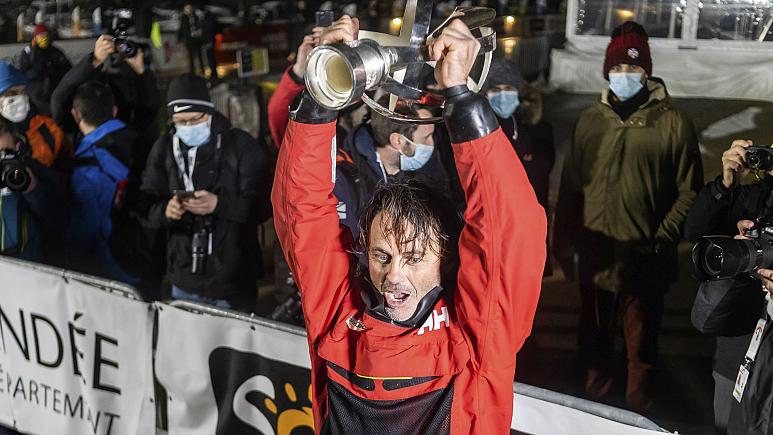