A landmark bill legalising same-sex marriage has cleared the Senate without any major changes.

Liberal Dean Smith's private bill will now be sent to parliament's lower house where it will be debated next week after the upper house voted 43-12 in favour of the legislation.

All proposed amendments, excluding technical tweaks, were voted down with moderate coalition MPs voting with Labor and the Greens to defeat the bulk of attempts by their conservative colleagues to change the bill. 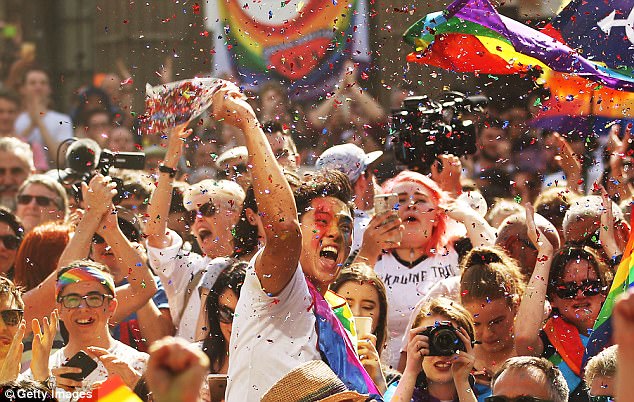 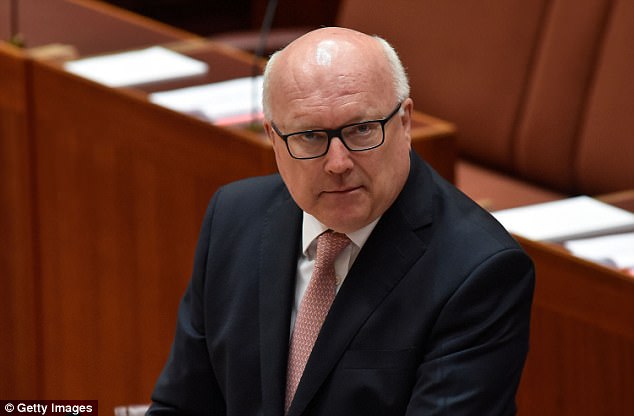 * Ensure state and territory officers have to solemnise all marriages (Leyonhjelm)

Attorney-General George Brandis, who made an impassioned speech about the historic bill, co-authored an amendment with same-sex marriage opponent Matt Canavan which was voted down.

Their proposal would have protected religious freedoms and allowed marriage celebrants to refuse to marry gay couples on religious grounds.

Amendments from Liberal Democrats senator David Leyonhjelm, Pauline Hanson's One Nation and the Greens were debated on Wednesday morning.

One Nation's amendments also covered celebrants, as do Senator Leyonhjelm's.

He also wanted to give businesses the right to refuse to service same-sex weddings.

The Greens amendments, set to be opposed by Labor, included a provision to ensure state and territory anti-discrimination laws will be limited, as well as make it harder for civil celebrants to refuse to marry same-sex couples.

On Tuesday, the upper house blocked a move to create two definitions of marriage – one between a man and a woman and the other as between two people.

That was included in one of five amendments proposed by conservative Liberal senators James Paterson and David Fawcett, which were comfortably defeated.

Senators Paterson and Fawcett also tried to ensure charities retain their existing tax and government funding status even if they oppose same-sex marriage.

But the bill's author, Liberal senator Dean Smith, tabled advice from the tax office and charities commissioner which said those fears were baseless. 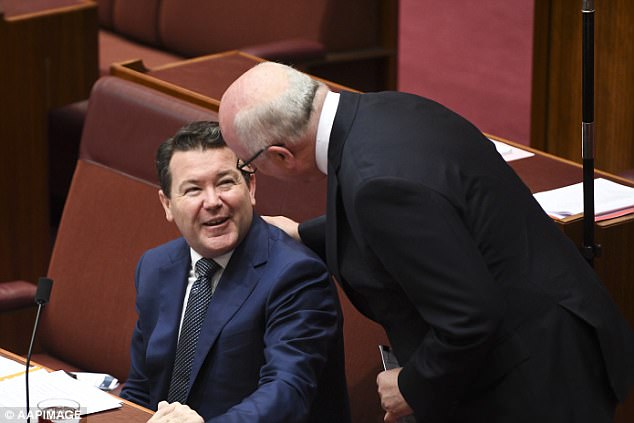 An amendment allowing marriage celebrants to refuse to marry gay couples, which was co-authored by Attorney-General George Brandis (pictured with Coalition Senator Dean Smith) and same-sex marriage opponent Matt Canavan, was voted down 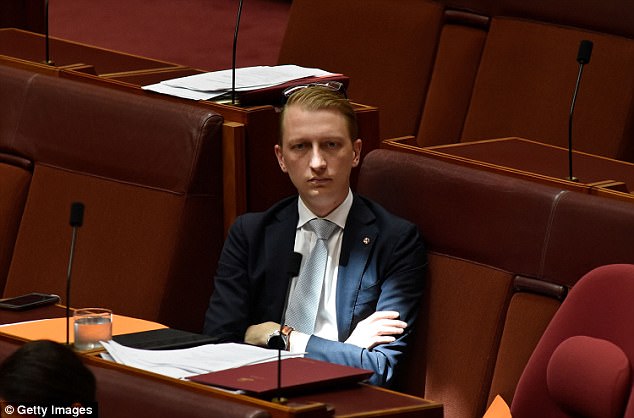