In October, notorious 'frienemies' Lord Sugar and Piers Morgan challenged each other to a weight loss contest.

And on Tuesday morning it was revealed that The Apprentice star had beaten Good Morning Britain’s anchor, leaving competitive Piers a little red in the face.

The duo had agreed that the person who lost the least weight would donate £5,000 to Great Ormond Street Hospital. 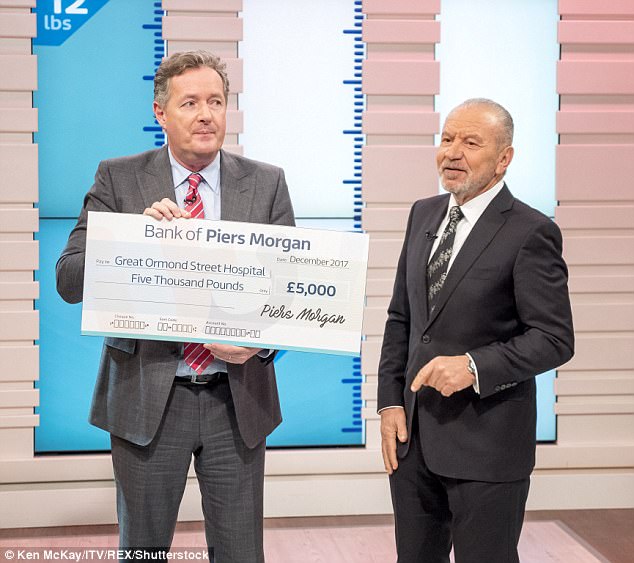 'I’m going to have the biggest fry up you've ever seen!' Piers Morgan is left red faced after he's defeated by 'nemesis' Lord Sugar in their weight loss battle

On Tuesday's weigh-in, it was revealed Lord Sugar had lost a whopping 19lbs, while Piers had lost 8lbs.

Despite Piers trying to claim his loss was due to an increase in muscle, resident doctor Dr Hilary revealed Lord Sugar’s percentage loss was also higher, 9.54% to Piers’s 3.48%.

After chanting 'loser' repeatedly at Piers, Lord Sugar proved a worthy winner, opting to donate his £5,000 to Great Ormond Street as well – making it a £10,000 donation overall. 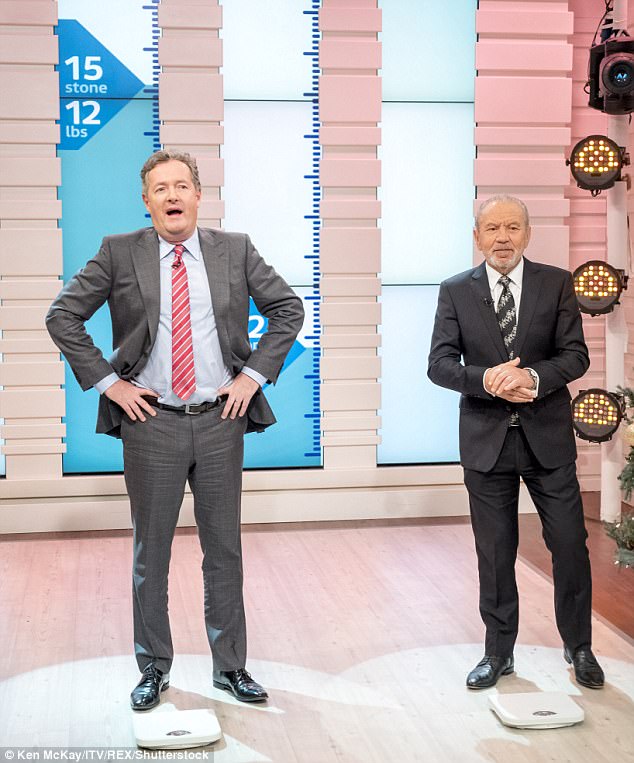 Weighing in: On Tuesday's weigh-in, it was revealed Lord Sugar had lost a whopping 19lbs, while Piers had lost 8lbs

He told the charity’s representative: #I’m so pleased, bring me my cheque also… you can have that one also.'

He then admitted: 'I’m going to go straight and have the biggest fry up you’ve ever seen.'

It was Dr Hilary who delivered the final blow to the pair however, adding: 'Can I give you some bad news? You’re both still overweight.'