A determined Boston-based reporter has been reprimanded by the National Weather Service for using a block of ice as a podium to deliver updates during yesterday's severe floods.

Kathryn Burcham appeared on camera on Thursday in Winthrop, Massachusetts, standing on the ice block as freezing flood waters swirled around her to deliver her broadcast for Fox network Boston 25.

While she insists it was stationary and on a sidewalk, a Fox News editor excitedly praised her for 'floating' through the dangerous waters.

'Here's Kathryn Burcham showing why she's the best in the business. Floating on an iceberg to provide updates,' he gushed.

The National Weather Service in Boston, however, was not impressed. 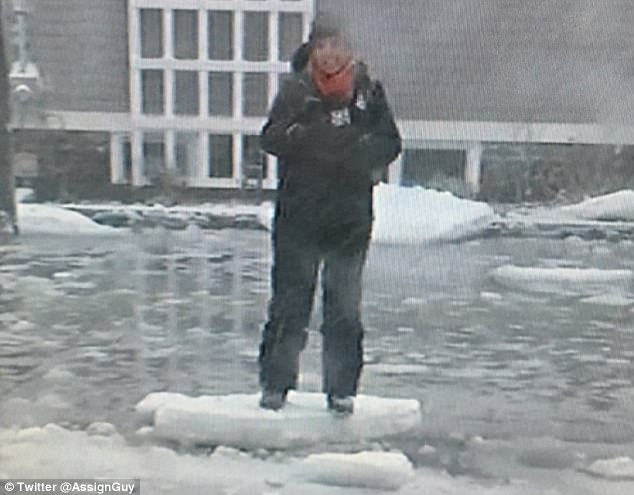 Boston 25 reporter Kathryn Burcham appeared on air in Winthrop, Massachusetts, on Thursday on an ice block as flood water gushed around her 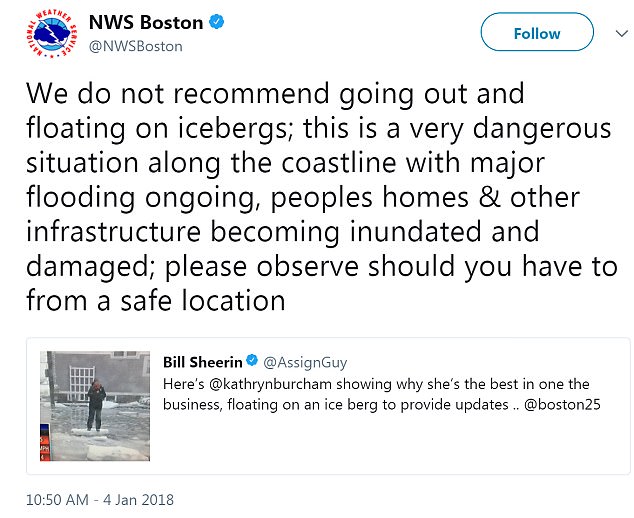 In response to his laudit of Burcham, they wrote: 'We do not recommend going out and floating on icebergs; this is a very dangerous situation along the coastline with major flooding ongoing, peoples homes & other infrastructure becoming inundated and damaged; please observe should you have to from a safe location.'

Other viewers slammed her as a 'moron'.

'Here's Kathryn Burcham showing why she's the dumbest in the business, floating on an ice berg to provide updates which you could just have easily done from basically anywhere else, you walnut.

'She said that she was standing on the pavement, and the water was behind her, but this is super irresponsible, someone is gonna think this is OK. It's not. FYI,' they fumed.

Burcham quickly replied to insist she had been safe.

'For the record, the sea ice was on dry pavement – the water was behind me.

'My management at @boston25 always stresses staying safe and we make sure do so,' she said.

Winthrop, which sits on the coastline, was inundated with icy sea water on Thursday as the winter storm gripped Boston and caused historic floods.

There is no respite on the horizon for residents as temperatures could plummet further there to -5F on Saturday.

More than a foot of icy water crept over the Winthrop Parkway on Thursday, leaving some of the residents without running water or electricity. 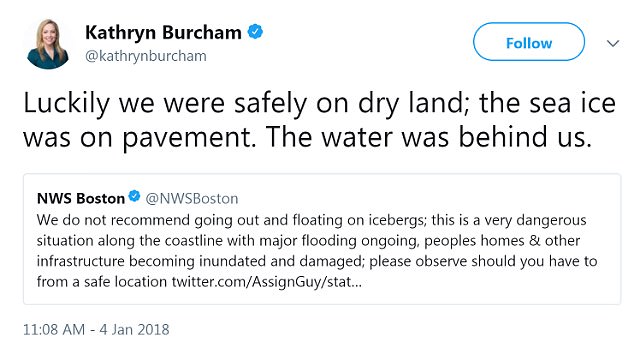 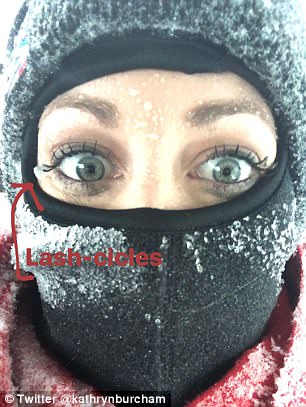 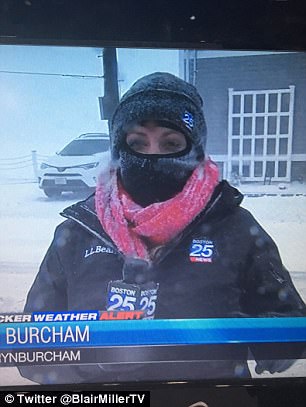 Burcham was giving updates from Winthrop, Massachusetts, throughout the day

Emergency responders have resorted to going between houses in boats to respond to calls for help. 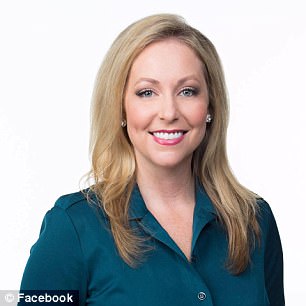 Kathryn Burcham insisted she was safe throughout the broadcast

The storm began two days ago in the Gulf of Mexico and first struck the Florida Panhandle.

By Thursday it was wreaking havoc as blizzard warnings and states of emergency went into effect along the Eastern Seaboard.

Wind gusts hit more than 70 mph in places and some areas saw as much as 18 inches of snow.

The storm caused school and business closings, airline and rail service cancellations or reductions and thousands of utilities outages, many of them restored quickly. Some ferry services even had to be shut down along the Canadian coast. 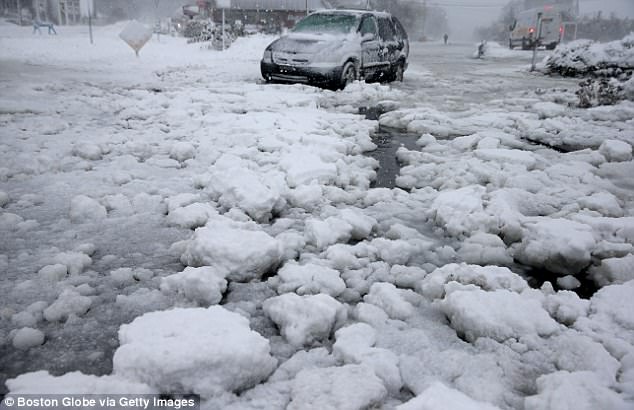