By Jordan Seward For Mailonline

Borussia Dortmund left it late against Atalanta to secure their spot in the next round of the Europa League.

The Bundesliga giants are one of the favourites to go all the way after finding themselves in this competition following their exit from the Champions League but threatened to come unstuck here at the first hurdle.

For much of the game it appeared that that was going to be enough for the Italian side to sneak through on away goals.

But Dortmund struck back through the unlikeliest of super subs. Marcel Schmelzer came on early in the second half and saved Peter Stoger's side by scoring with seven minutes to go. 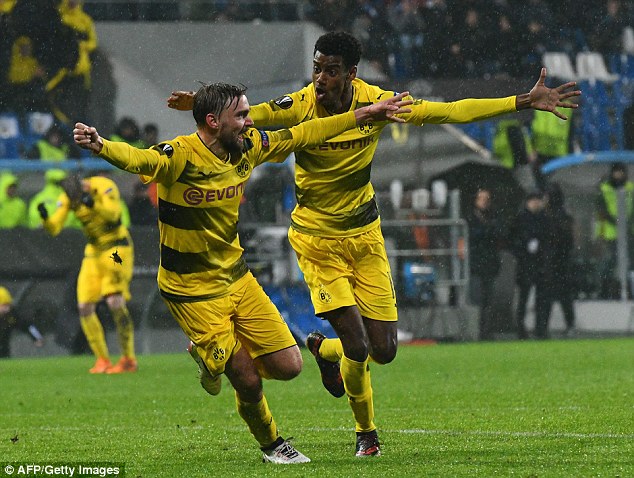 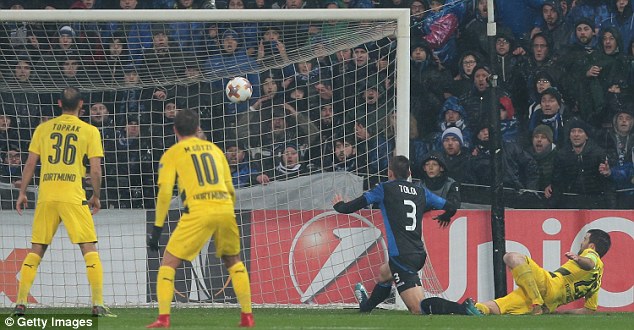 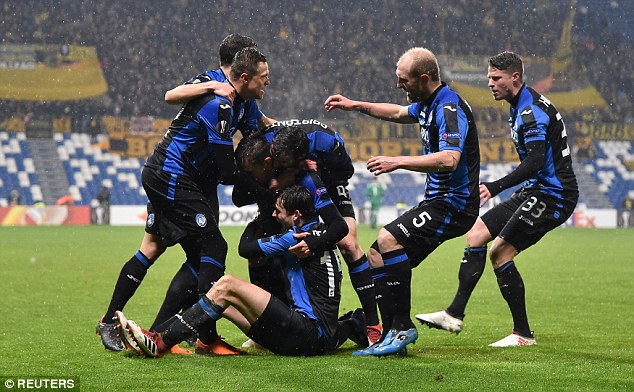 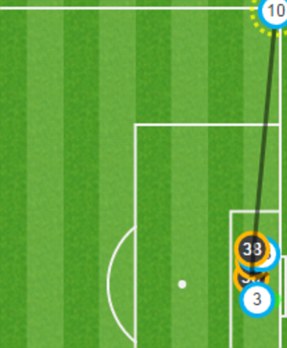 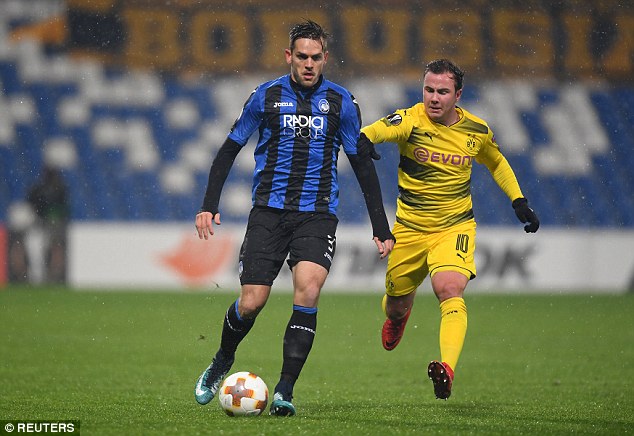 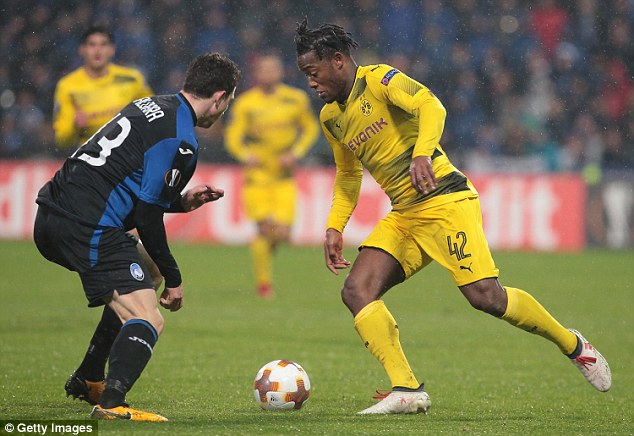 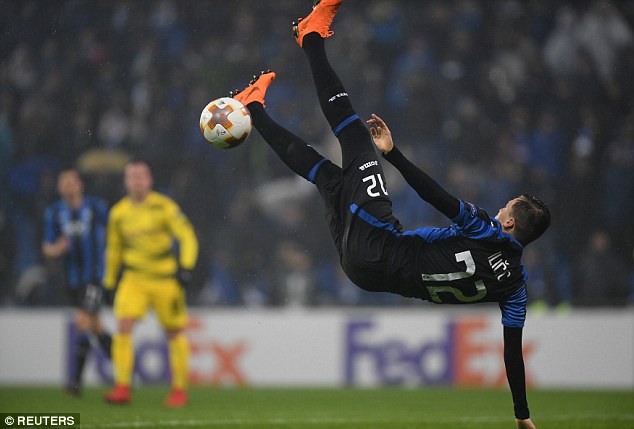 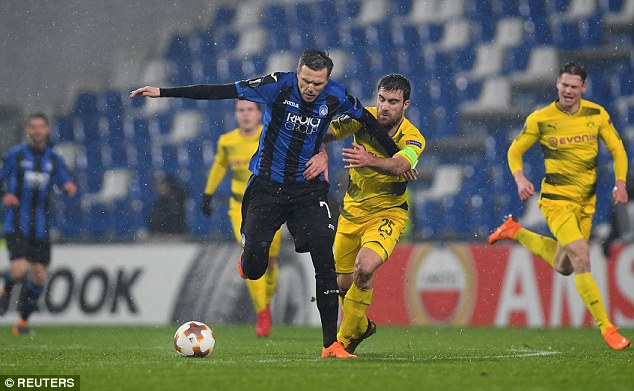 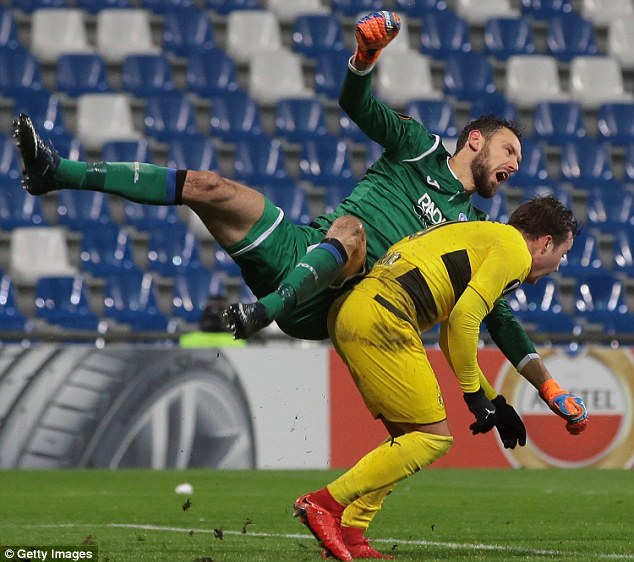