Aimed at mid-week drinkers, the 37cl bottles are perfect for those nights when you just want a glass or two – and you don’t want the guilt of cracking open a full 75cl bottle. 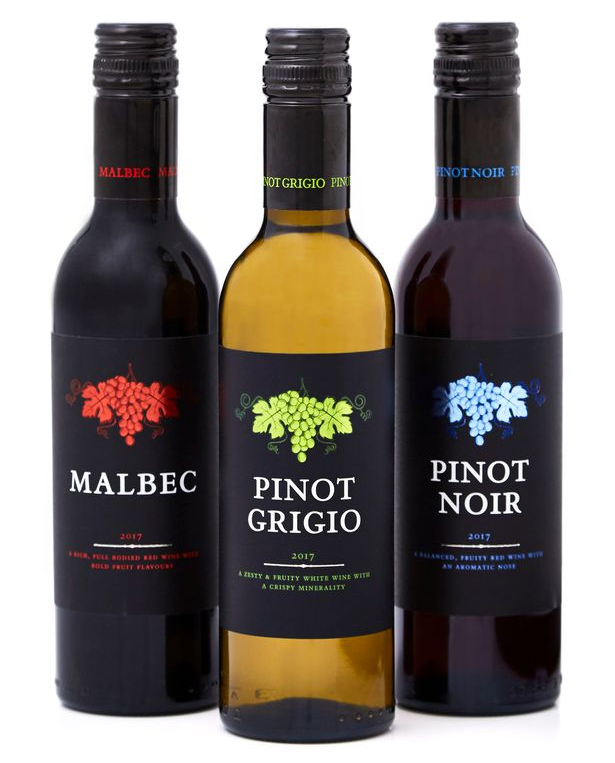 Available in three varieties, including Pinot Grigio, a Pinot Noir and a Chilean Malbec, the range is priced at just £2.99 per bottle – meaning it’s kind on your bank account, too.

“With more and more consumers opting for a healthier lifestyle, they are a great way to still enjoy a midweek tipple with dinner, without needing to open a whole 75cl bottle of wine,” says Julie Ashfield, managing director at the low-cost supermarket.

The health conscious among us know that official recommendations means than both men and women shouldn’t drink more than 14 units of alcohol a week – around six small glasses of wine.

And it seems that Aldi have cottoned on to a trend, after Waitrose launched a similar range last year.

As part of its mid-tier Blueprint Wine range, the 37cl bottles includes a Rioja, a white Burgundy, a Pinot Grigio from Veneto, a reserve claret, an Argentine Malbec and a New Zealand Sauvignon Blanc – starting at £3.49.

MORE: How to make the ultimate gin and tonic

In other Aldi news, this week the retailer also announced they’ll be selling a low cost version of Aperol. Priced at £6.99, its Aperini Italian Aperitif is less than half the price of Aperol.

With the weather starting to improve, hopefully we’ll be able to enjoy a glass in the sunshine soon.