The Corrie producer appeared via video link from the Rovers Return to debate whether the beloved ITV soap is becoming ‘too explicit’ for pre-watershed, ahead of the David Platt male rape storyline. 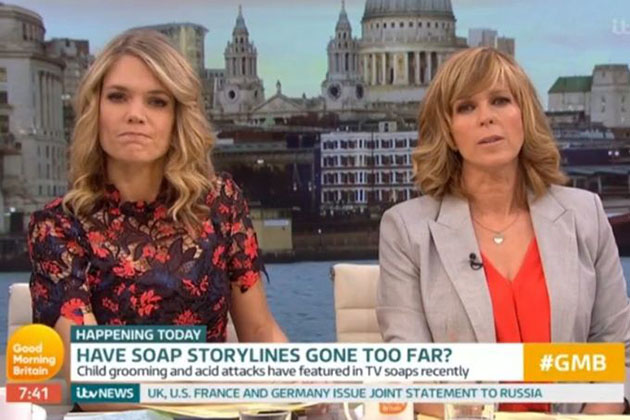 But during the interview, the ITV producer took issue with telly presenter Kate when she said EastEnders‘ first gay kiss storyline was ‘shocking’.

Speaking to viewers, 50-year-old Kate Garraway said: “I suppose what parents might worry about is it feels like [Corrie] is getting more and more shocking. I remember – because I am very old – the first lesbian kiss on Brookside and the first gay man kiss on EastEnders.

“That feels like an exponential increase in the explicit nature of what’s going straight into family viewing living rooms.” 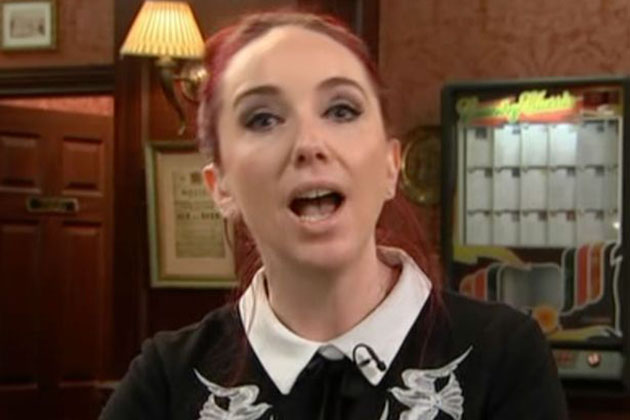 “First of all you used a gay kiss as an example of shocking television, and I think it’s really important that no-one thinks a gay kiss is shocking”.

Defending herself, Kate then replied: “But it was at the time! It was a groundbreaking thing at the time.”

Before the Corrie boss continued: “Exactly, and that’s what’s interesting – it was at the time and now it’s been normalised – quite rightly, because to think that a gay kiss is shocking television is really, really disturbing.”

Reinforcing her point, she continued: “This needs discussion. Do it carefully, do it with consideration. I’m really delighted you mentioned those kisses as something that soaps have done to help change society for the better.” 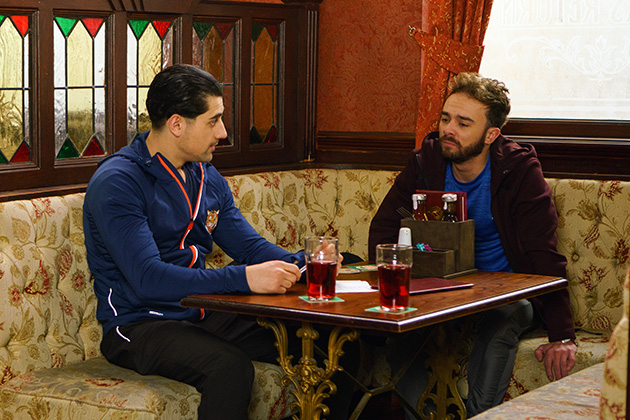 Kate finally reassured fans about the upcoming rape storyline, adding: “We know what our viewers like and what they don’t like. We’re not losing the laughs in Corrie. I think if we lost the comedy in Corrie, I would be dragged out!”

And following the awkward disagreement, fans of the show took to Twitter to support Coronation Street boss Kate.

“@itvcorrie Please thank Kate Oates for what she said about gay rights & male rape on @GMB, what she said was so important”, said one.

While another added: “Well said kate oates your doing amazing creating or making each storyline”.