Kerry Katona might have had her ups and downs but she clearly loves every minute of being a mum.

The Atomic Kitten star – who has five children from her three marriages – has been giving fans an insight into her family life in a series of cute videos and photos of the kids, showing them doing a range of activities from playing games to even doing yoga! 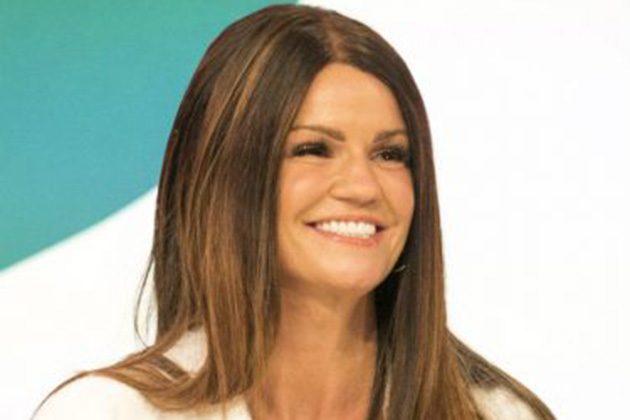 Yep, despite living in a pretty busy household, Kerry revealed earlier this week that she and youngest daughter Dylan-Jorge, 3, were starting their day with some peaceful yoga practice and DJ definitely seemed to be getting into it.

DJ isn’t the only one to take it up either as 37-year-old Kerry – who recently shed three stone after overhauling her lifestyle – has revealed that son Max, 9, is also getting into yoga.

‘Absolutely loving the influence that my fitness lifestyle is having on my children!!!’

I do yoga on my smart tv on YouTube!!! There’s soooo many to choose from,’ she captioned a photo of her boy getting some practice in.

But when they’re not doing yoga, Kerry and her family are pretty lively to say the least!

The star often posts clips of her offspring dancing and lip-synching – check out DJ and Heidi, 11, showing off their moves!

They also love a good sing-along, especially when Mamma Mia is involved…

And they might be the oldest but Molly, 16, and Lilly- Sue, 15, still like to join in the antics – though what’s going on here, we really don’t know…

It’s not all about lively activities in the Katona household though as sometimes the family enjoy a good old-fashioned game too.

Bless! Kerry is clearly focused on her home life with the kids following her split from third husband George Kay last year, which she recently admitted felt like ‘a death’ at the time.

Now she’s happy to be a single woman and insists she’d never reunite with her ex.

‘It’s just me and the kids at home now and a much happier house,’ she told OK! magazine. ‘He held me back, put me down and the financial strain of having him here was huge.

‘I wouldn’t take George back in a million years. Lilly would walk out if I did, and I’m not even attracted to him any more.’

The post Yoga, singing and LOTS of dancing: Kerry Katona gives adorable insight into life at home with the kids appeared first on Woman Magazine.