Loose Women star Nadia Sawalha has opened up about her own fitness DVD in the wake of celebrity work out DVDs coming under fire after reports Scarlett Moffatt ‘mislead’ fans over her workout regime. 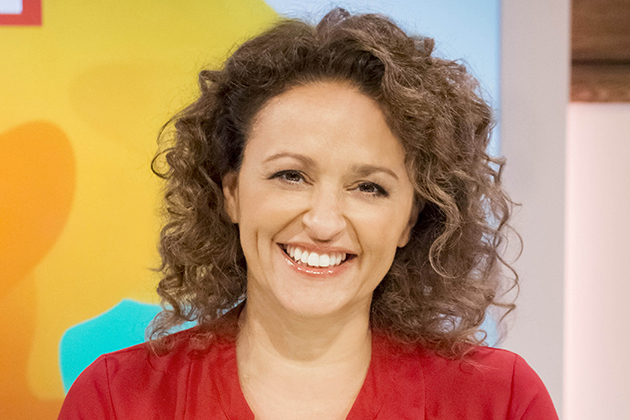 “I did loads of exercise but oh my goodness, you have to eat very, very little. Really. And you have to work very, very hard to get the kind of results I did, I lost like four stone.”

But as with any diet, the process is not easy and for Nadia, like some of the younger celebrities who have released fitness DVDs, she wasn’t happy doing it.

She said, “So it was a healthy diet, but no alcohol, no sugar, very little carbs, I was miserable, I was actually miserable when I was doing it. A lot of my family and friends said I completely changed my personality. I think that was because I just had to be so focused on not eating and working out really hard. On the day that I filmed the DVD I had to stand on scales in front of everybody. I was crying in the toilets because I thought “I’m going to be so fat, I’m going to be so fat. I’m not going to be the right weight.” I was the right weight, I was nine stone six is what my contract has asked me to be and then I went in the toilets and cried again because even though I’d seen that number I couldn’t believe I was slim enough to jump around in front of the camera.

Nadia continued: “Don’t get me wrong, it was the incredible feeling putting those size 8-10 jeans. It was extraordinary, but guess what? It wasn’t the holy grail I’d imagined it to be. I’d always thought that once I was a size 10 my whole life was going to be perfect. It was not. I was unable to do all the things I love! I was unable to just hang out with my friends sometimes and order a curry. I couldn’t go down the pub and maybe have two gin and tonics and half a bottle of wine.

She admitted that whilst on the diet and fitness regime she couldn’t do those things that sometimes “you just want to do” and continued, “I would have had to have been focussed and obsessed with everything I ate and how many times I went to the gym for the rest of my life to stay a size 10. There’s been a lot apparently in the papers today, I haven’t looked but my friends have told me, saying that I’m fatter than I was and you know a bit of body shaming going on but I am, I am bigger than I was, but I’m really happy with it.’

Nadia revealed she’s a size 12 to 14 and added, “Yeah I could lose a few pounds, but I’m not going to get heart disease or diabetes from being fat which I could have done so I’m now a healthy weight and for me it’s all about being healthy and not about my dress size. I’m really happy with the way that I look and I’m really happy I did my DVD because it taught me being a size 10 isn’t everything.”

The post Nadia Sawalha reveals she was left ‘crying on the scales’ after weight loss for workout DVD appeared first on Woman Magazine.