Sheree Murphy, 42, has graced our television screens for years, having been on Emmerdale, Hollyoaks and I’m A Celebrity, and she’s now returning to her soap roots as Dakota in Neighbours. But would she ever be able to persuade her husband Harry Kewell and four children to move back to Australia with her?

You’re returning to Neighbours as Dakota. What can you tell us about the episode?

Raphael wants to know how his mum died, and Dakota is the only person who knows what happened. Paul Robinson has tracked her down in London and his son Leo offers to go and meet her. They don’t want her to know it’s anything to do with Paul Robinson, so he makes out he’s someone else, but then as he’s probing her about her past, Dakota cottons on and Leo just cracks. 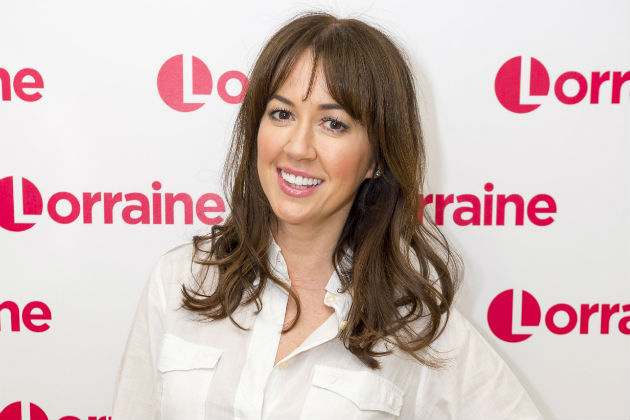 She was always known as a troublemaker, so is she still causing havoc?

Let’s just say she’s as slippery and conniving as always. Nothing’s really changed, and I feel sorry for poor Leo because he messes everything up. I wouldn’t like to be him when Paul Robinson gets his hands on him.

Do you think there is a chance of you making a more regular appearance?

Possibly, I’d love to move back to Australia, and I think it would also be great for the kids to be there again. If Harry ever got offered a job over there, yeah, why not? 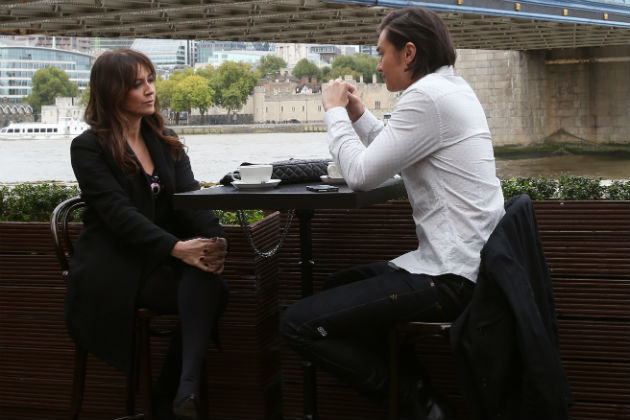 You’ve been in Emmerdale, Neighbours AND Hollyoaks, and you’ve also said you’d love to star in Corrie or EastEnders. What is it about soaps that you love so much?

I love them because a) it’s regular work and b) you get to know your character. Even though you’re playing the same character for long periods of time, the storylines are played so dramatically in soaps that one minute you’re doing this and then another minute something really dramatic happens and your life is changed drastically. You also grow with the characters as well which is nice.

You’ve been married to Harry Kewell for nearly 16 years. What is your secret to staying together?

We spend quite a lot of time apart because of his work, but we’ve always said no matter what comes along career-wise, we will always consider each other. What is important is us as a couple and our children. No job is greater than our relationship, nothing is. And as long as we’re both on the same page, I’m so supportive of his career. Our kids are our responsibility and our relationship is stronger than anything. So we do put ourselves first, because it is hard to get lost in this world sometimes. 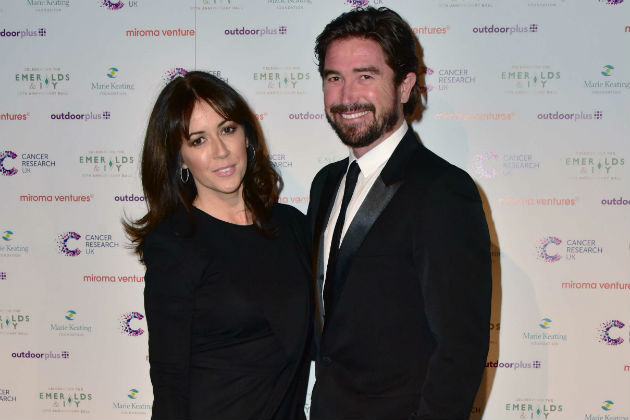 So Harry IS away a lot, as you said, and you have four children. How do you cope around the house? Do the kids help you out?

I’m like Sargent Major with the kids, everything runs like clockwork in my house. But the older two have jobs around the house and I don’t think I could do what I do without their help.

Can you see any of the kids going into acting or football?

My son Taylor is doing drama in A Level. He’s not interested in sport whatsoever. I was kind of hoping he might follow his dad because I love watching Harry play, but he’s not interested at all. He decided that from quite a young age, which was quite surprising, as he was quite good at it as well. Harry was happy, he was like, ‘As long as he’s happy it’s fine,’ but he loves acting.

And obviously you live in Cheshire. Would you ever consider going on Real Housewives of Cheshire like Paddy McGuiness’ wife Christine?

No. I have been asked actually. I love it, I’m absolutely obsessed with watching it, and I know half of them as well, but no. There’s no way. Harry can not stand it! He’s like, ‘I can’t believe you’re watching grown women who are married with children bickering over who said something at a party. Is this for real?’

The post Sheree Murphy exclusive: ‘My marriage to Harry Kewell ALWAYS comes before my career.’ appeared first on Woman Magazine.

Coleen Nolan: ‘I’ve been having panic attacks about stripping off for charity’