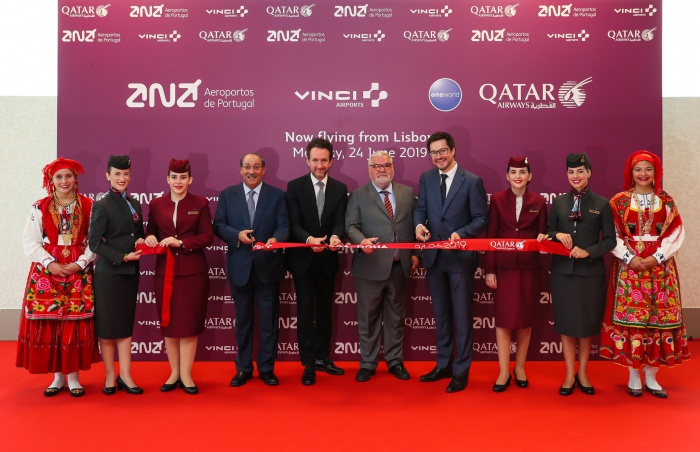 Qatar Airways first ever passenger flight to Portugal landed at Lisbon Airport earlier, as the airline adds to its rapidly expanding European network.

Operated by a Boeing 787 Dreamliner aircraft, flight QR343 was greeted with a water cannon salute on arrival.

Present on board the inaugural flight to Lisbon was the Portuguese ambassador to Qatar, Ricardo Pracana, and Qatar Airways chief commercial officer, Simon Talling-Smith.

“Lisbon is renowned for its extensive history and culture, boasting a rich artistic and gastronomic heritage.

“We look forward to welcoming business and leisure travellers alike on board so that they may experience this vibrant destination, one of the oldest capitals in western Europe.”

The new daily direct services to Lisbon will be operated by the airlines state-of-the-art Boeing 787 Dreamliner, with 22 seats in business class and 232 seats in economy.